Enterprises want to move into hybrid cloud services now and will probably spend the next several years making that move, according to Mathew Lodge, VP of cloud services at VMware. It won't be an instant transition. He says that VMware, unlike Amazon, Google, or Microsoft, is in a good position to help them do so.

Lodge was on the road Thursday, visiting InformationWeek offices and other spots in his own "anti-cloud washing" campaign. He had a list of the requirements for a hybrid cloud and explained why some cloud services that talk about providing hybrid services probably can't really do it. In case you're wondering, he means Amazon Web Services, which struck a nerve inside VMware when it announced the AWS vCenter management portal, the connection between the VMware vCenter management console and Amazon's EC2.

It is clear that VMware wants to resist Amazon treading on its turf. Take a look at Chris Wolf's June 2 blog entitled Don't Be Fooled By Import Tools Disguised As Hybrid Cloud Management. Wolf is a former Gartner analyst serving since January as VMware's CTO for the Americas. He was responding directly to the Amazon announcement.

[What role should the cloud play in your IT strategy? Read Frictionless IT: Find The Right Role For Cloud.]

Lodge himself is no slouch in talking up the hybrid cloud. As he describes it, it means something specific. It's a public cloud service being used in conjunction with a private enterprise data center, not just one cloud working with another one. The public cloud part needs to be able to connect to the data center, the virtual machines in one need to work well with those in the other, and a single management system needs to be able to manage workloads in each location, he says. 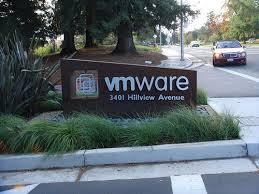 It sounds like he's describing vCloud Hybrid Service, VMware's public cloud offering launched in May 2013. Others may have been talking about cloud computing before VMware, but when VMware came out, it came out for hybrid. Lodge won't disclose the number of customers or adoption rate, but he claims vCloud Hybrid Service is exceeding its targets for business in the company's five VCHS-specific data centers. "VCHS came along at the right time," he says. That means if VMware was late to the cloud computing party, at least it showed up with the right stuff.

For example, unlike Amazon's EC2, whose virtual machines run on a version of Xen, VMware offers a hybrid environment that uses ESX Server in each location. In the cloud, a customer will want networking that's a match for the environment that the workload enjoyed on-premises. The software-defined network that VMware is working on will allow that.

Likewise, a firewall configured to protect an application on the on-premises network can work a similar way without reconfiguration if the same network conditions are available in the cloud. That would be the case with vCloud Hybrid Services.

But what if the competition with Amazon isn't the main point now? What if VMware's real competition is going to come from workloads cast as Linux containers being sent to the cloud instead of as VMware virtual machines?

Lodge says, "Undoubtedly some workloads will go to the cloud as containers," and containers, such as Docker, "are a complementary technology to virtual machines." It won't be uncommon for the two to work hand in hand, he says. Both Microsoft and Amazon say they are eager to host Docker container workloads, but both will do so as containers inside a virtual machine. In order to run a Linux workload, Microsoft's Windows Server-based cloud must launch a Hyper-V virtual machine and run Linux as a guest in it.

Furthermore, containers may be the more effective choice for workloads in some settings, he concedes. "If you want to launch a lot of VMs [containers] quickly and they all look a lot alike, then Docker is a good fit," he says.

But the enterprise has a lot of diverse applications. Some will run well in containers and sometimes those containers will be run inside a virtual machine in the cloud for the management advantages the virtualization adds to the picture.

"Management is always the challenge," he points out to those who see a strong future for containers. While they'll be easy to create and move around, they will be harder to manage as their numbers reach into the hundreds and thousands. Getting the network right for the workload will also always be a challenge.

Until container management is a known art, a prospect that remains somewhere in the future, he thinks virtual machines and virtual machine management systems will enjoy advantages over containers when it comes to operations, particularly operations in the hybrid cloud.

Charles Babcock is an editor-at-large for InformationWeek and author of Management Strategies for the Cloud Revolution, a McGraw-Hill book. He is the former editor-in-chief of Digital News, former software editor of Computerworld and former technology editor of Interactive ... View Full Bio
We welcome your comments on this topic on our social media channels, or [contact us directly] with questions about the site.
Comment  |
Email This  |
Print  |
RSS
More Insights
Webcasts
5 Steps to Integrate SAST into the DevSecOps Pipeline
Are You Ready for When Cyber Attackers Get In?
More Webcasts
White Papers
Using AI to Power AppSec
NetFlow vs Packet Data
More White Papers
Reports
Can You Spare 10-12 Mins to Help Us Out with a Survey on Tech Trends?
Got 7 Minutes? Dark Reading Needs Your Help With Our Survey on Incident Response
More Reports

Yes, in theory, more complexity, but containers resolve many complex issues related to portability and deployment, and I think it's inevitable that IT will make use of them. I don't think it will be that hard to figure where they're best used. Virtual desktop infrastructure, where large groups of users get assigned the same desktop, and they need to be spun up quickly, might turn out to be one.
Reply  |  Post Message  |  Messages List  |  Start a Board

Charlie, Asking IT to choose between containers vs. VMs for various workloads is adding more complexity -- not to say that's not worthwhile for the benefits. But it's one more decision to be made.
Reply  |  Post Message  |  Messages List  |  Start a Board

The management capabiltiies for containers are likely to be developed quickly and proceed down different paths than virtualization has -- thnik DevOps with more stuff running on bare metal. Both will have immense benefits and both will be part of a future, software-defined data center. Containers and virtual machines resemble each other in their ability to move jobs around and the isolation they impose on the workload. Otherwise, they're different.
Reply  |  Post Message  |  Messages List  |  Start a Board

If you're running an application in a hybrid model, it's likely because it's important and has some complicated dependencies. And, Docker and containers are still in early days for most companies.
Reply  |  Post Message  |  Messages List  |  Start a Board

"But the enterprise has a lot of diverse applications. Some will run well in containers and sometimes those containers will be run inside a virtual machine in the cloud for the management advantages the virtualization adds to the picture." This is really important in light of the Docker discussions this week. The fit will vary depending on app. This is not an either/or decision: Enterprises will mix.
Reply  |  Post Message  |  Messages List  |  Start a Board
Editors' Choice
Hot Topics