1 Comment
Comment Now
Tweet
Vowing to combat patent trolls, the White House recently announced a series of executive actions. What do the changes mean for technology companies and patent attorneys?

Few government agencies determine the fate of innovative product ideas in this country more than the Department of Commerce's US Patent and Trademark Office. Officials at the USPTO, however, have struggled in recent years to combat a darker side of American ingenuity: entrepreneurs and litigators who use the fear of costly patent lawsuits to generate profits.

Vowing to combat these so-called patent trolls, on February 20 the White House announced a series of executive actions that, most technology companies and patent attorneys agree, is a step in the right direction.

Among other measures, the White House and the USPTO:

• established new educational and legal resources to help inventors and others caught in patent disputes,

• drafted new rules requiring patent owners to disclose more detail about who has investment interests in their patents, making it harder for the trolls to hide behind shell companies, and

• launched a crowdsourcing initiative that makes it easier for companies, experts, and the general public to submit hard-to-find "prior art," essentially technical evidence that would help USPTO examiners and patent applicants determine whether an invention is truly novel.

President Obama has taken a harsh view of how some companies have exploited patent laws in ways the USPTO never intended. "They're just trying to essentially leverage and hijack somebody else's idea and see if they can extort some money out of them," the president said a year ago, promising to build on patent reforms enacted in 2011 by the Leahy-Smith America Invents Act.

Even Washington skeptics say these announced actions set some novel precedents for the USPTO. For the most part, the USPTO has stuck to its role examining and administering patents, leaving the litigation of patents to the courts, says Washington patent attorney Michael Messinger, of Sterne, Kessler, Goldstein & Fox. 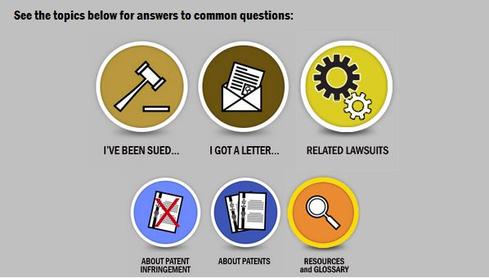 That's changed with the introduction last week of a Patent Litigation Toolkit on the USPTO's website designed to help companies and individuals who "find themselves being sued or are on the receiving end of a [royalty] demand letter," Messinger says.

The new section includes advice on determining whether or not you are infringing a patent and recommendations on how to respond to a lawsuit. It also provides a variety of resources, including links to legal aid groups, sites that track patent lawsuits and the companies that initiate them, Q&A forums on patent issues, and numerous public and private sector organizations offering assistance.

The USPTO also took the unusual step of appointing a full-time pro bono legal coordinator and calling on members of the patent bar to help inventors who lack legal representation. The website still "encourages people to contact their patent attorney," Messinger says, "but it's a step forward for the public... and IT leaders will benefit from the expanded number of resources."

The administration also hopes to crack down on abusive patent litigation practices with new rules designed to expose those who have a stake in patent assertion cases, including investors who hide behind shell companies. "The new rules introduce the concept of attributable ownership," says Messinger, calling it a material improvement. "A lot of parties are supportive of this move."

The White House also took aim at one of the USPTO's biggest challenges: finding the technical information examiners need to determine whether an invention is truly novel. Borrowing a page from the Obama administration's campaign playbook, patent officials are expanding crowdsourcing efforts

begun more than a year ago aimed at helping patent examiners, applicants, and holders find relevant prior art. USTPO plans to make it easier for companies, experts, and the public to provide information about prior art to the agency and train examiners to use crowdsourced submissions.

"Right now, the USPTO lacks easy access to an enormous amount of this prior art information, some of which exists only on paper and optical media filed in libraries and corporate archives," says Horacio Gutierrez, Microsoft's deputy general counsel.

Microsoft began a prior art initiative last fall in support of the USPTO, uploading 1.8 million documents relating to Microsoft patents that are now available to patent examiners, he said in a recent blog post. "Microsoft also launched a Patent Tracker Tool that puts our more than 37,000 issued patents worldwide in a publicly available, searchable online database," he says. 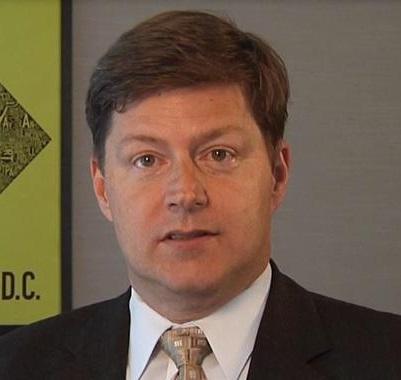 Having more of that information available would also help reduce the number of cases that go to court. Under recent reforms, parties can request a new type of trial proceeding, called an inter partes review, whereby the patent office reviews the validity of a claim, based on prior art, to try to resolve disputes before they turn into costly lawsuits.

But not everyone thinks this latest round of reforms will help those who count on the patent system the most. Some inventors are concerned.

One InformationWeek reader, who develops software and says he has come up with 15 patentable ideas, says it can cost "$100,000 or more for the legal stuff alone" to get a product innovation patented. The venture capital crowd wants to see "at least four or five patents actually in hand, or in the final filing stages," he maintains, before its members are willing to invest in a new idea. He also says that not enough has been done to protect small inventors against large corporations that have the resources to use patents to block competition.

Even if inventors can raise the money to support new software or other technology innovations, it still takes a minimum of three years for their applications to wend through the patent office review process.

The economic stakes in curbing abusive patent litigation remain high. A report prepared last June by the President's Council of Economic Advisers noted that defendants and licensees paid $29 billion to patent assertion entities (PAE), a 400% increase from 2005. Experts estimate that "less than 25% of that money flowed back to innovation." The report also noted that in the majority of PAE cases, the legal cost of the defense exceeded the settlement or judgment amounts.

IT organizations must build credibility as they cut apps, because app sprawl is often due to unmet needs. Also in the App Consolidation issue of InformationWeek: To seize web and mobile opportunities, agile delivery is a given. (Free registration required.)

Wyatt Kash is a former Editor of InformationWeek Government, and currently VP for Content Strategy at ScoopMedia. He has covered government IT and technology trends since 2004, as Editor-in-Chief of Government Computer News and Defense Systems (owned by The Washington Post ... View Full Bio
We welcome your comments on this topic on our social media channels, or [contact us directly] with questions about the site.
Comment  |
Email This  |
Print  |
RSS
More Insights
Webcasts
Cloud Security Threats Enterprises Need to Watch
Building an Incident Readiness and Response Playbook
More Webcasts
White Papers
NetFlow vs Packet Data
Definitive Guide to Securing DevOps
More White Papers
Reports
Can You Spare 10-12 Mins to Help Us Out with a Survey on Tech Trends?
Got 7 Minutes? Dark Reading Needs Your Help With Our Survey on Incident Response
More Reports
Copyright © 2020 UBM Electronics, A UBM company, All rights reserved. Privacy Policy | Terms of Service