24 comments
Comment Now
Tweet
Being laid off causes long-term trust issues even when the employee gets hired by another company. The world-wide financial crisis of just a few years ago makes this a global crisis.

Starting in 2008, with the collapse of Lehman Brothers and the financial crisis that followed it, the US and many other parts of the world experienced one of the biggest rounds of layoffs since the Great Depression.

A new research article, "(Dis)placing Trust: The Long-Term Effects Of Job Displacement On Generalised Trust Over The Adult Lifecourse," suggests that the impact of those layoffs will be felt by the workforce for at least a decade to come and hurt employee trust, engagement, and even health.

What can employees and employers do about it now, and what can they do to avoid it the next time?

The employment study, conducted by Professor James Laurence of the Cathie Marsh Center for Social Research at the University of Manchester, England, looked at more than 10,000 people who were selected from the National Child Development Study cohort -- a long-term project that follows people born on a certain week in 1958. The cohort tracks their lives through surveys and interviews in an attempt to get long-term data about various factors of life in Britain.

One of the factors studied in the cohort is general societal trust.

Laurence’s study of the cohort found that being made involuntarily redundant -- in other words, being laid off -- contributed to distrust in workers for at least nine years after the experience, even after they had a new job. The study could not cover farther at this time, but there is no reason to think the impact couldn't go even longer. It also showed that other types of unemployment, including being "fired," didn't have the same effect -- showing that being laid off was an especially bad way to lose a job. 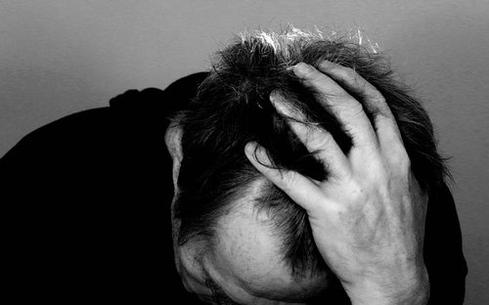 Trust is clearly a major issue both for society and the enterprise.

General trust as a trait usually leads to people being happier, more socially engaged, healthier, and better at their jobs. Distrust leads to less engaged, less healthy workers. It doesn't take a management genius to know that's not good for anyone.

Given the millions of layoffs that occurred four to seven years ago, a large percentage of the workforce may be suffering from general distrust of their own employers, a sense that they can't commit to their new employer because they can't be sure that their job is secure, and a feeling that they don't want to get burned again.

If you were laid off, or you are managing or hiring folks who were, you need to understand the phenomenon.

One thing to know is that trust is more likely to be lost in the types of people we tend to look for in the enterprise.

"One of the striking findings," Laurence wrote in an email to InformationWeek, "was that how being laid off affecting one's trust seemed highly dependent on their level of 'employment-centrality' -- that is basically how central one's job is to their identity, their sense of self and sense of self-worth. People who had higher levels of employment-centrality before they were laid off (for whom, in theory, work is much more central to who they are) were especially sensitive to the harmful effects of redundancy -- their trust decreased the most."

In other words, all of those go-getters everyone is trying to find, the ones who work the late hours and don't balance work and family life, are exactly the ones most likely to respond poorly to being laid off.

"As such," Laurence continued, "[one way employees can help themselves] may be diversifying one's sources of self-worth and meaning in life. Many of us are guilty of the adage 'living to work', I'm sure, and do derive much meaning form work in and for our lives. However, this leaves us especially susceptible to negative experiences within the labour market."

And one way employers and managers could help themselves is by accepting that the "best" worker for them may not always be the one that works insane hours. The face-time culture is being replaced with an always connected culture, but it is still the same problem.

The changing nature of work

Another issue is the nature of employment itself. Laurence suggests that the erosion of unions and more flexible manufacturing methods have created a sense that employment is no longer permanent or to be

Page 2: Can The Damage Be Fixed?

trusted. The agreement between worker and employer has changed from the expectations of post-war economies.

So are enterprises stuck inflicting harm on their employees?

"What we think is particularly harmful about being laid off," Laurence writes, "is the involuntary aspect of it. People have no power over this, and this sense of powerlessness, that the decision is taken out of your hands, and that it is being done to you without your consent, is one of the reasons we think being 'laid off' is particularly harmful."

Laurence suggests that phased, voluntary redundancy -- like offering severance packages -- might be a more effective way of handling needed reduction in staff.

[Read about how IoT is changing enterprise IT.]

"Similarly," Laurence adds, "there is a lot of anecdotal evidence that being laid-off is particularly harmful when it comes out of the blue, so to speak. There are stories in the UK when people turn up one day at work and are told, sometimes just by e-mail, that they've been laid off. Again, these experiences are likely to be much more detrimental for individuals. So, preparing employees that layoffs may be occurring, entering into a dialogue with them, and especially providing phased voluntary redundancy options, may all go a long way to limiting the detrimental effects of redundancies."

Of course, a cynic might point out that enterprises don't really care if they foster distrust in employees. After all, they are laying these people off. They may never see them again. In fact, a true cynic might even say that it is a great way to seed a bunch of disgruntled, untrusting, unhappy workers on the competition.

Cynics could be right that many enterprises feel that way, but the problem is that with so many mass layoffs, this is now everyone's problem. Hiring has been strong the last year, meaning a bunch of untrusting folks are rejoining the ranks of the employed. If companies come together to treat this issue with more respect, they may or may not improve their current lot, but they may improve it in the future, since yet another global downturn will eventually occur.

There are a few natural limitations of the study. Due to the limits of the larger study the cohort was pulled out of, all of the work centered on people who were between the ages of 33 and 50. They were unable to make studies of younger or older workers. They also weren't able to study as of yet whether the effect improves over time (though they believe it probably does) or how long it is a real problem (it lasts at least nine years).

But even with the limitations of the study, this gives managers and employees plenty to think about.

Layoffs are inevitable. The damage is more long-term than we realized. Given their recent numbers, we have an awful lot of hurt people who are trying to put their broken confidence in the companies they work for back together. And inevitably, we'll have to do this again. Can we do it better? Can we work together to make this better for everyone? Or will we continue to distrust each other, fail to engage in our jobs, be less happy and healthy, and fail to meet our potential? A lot of it is up to managers and enterprises in how they treat the topic of layoffs in the future.

David has been writing on business and technology for over 10 years and was most recently Managing Editor at Enterpriseefficiency.com. Before that he was an Assistant Editor at MIT Sloan Management Review, where he covered a wide range of business topics including IT, ... View Full Bio
We welcome your comments on this topic on our social media channels, or [contact us directly] with questions about the site.
Comment  |
Email This  |
Print  |
RSS
More Insights
Webcasts
5 Steps to Integrate SAST into the DevSecOps Pipeline
Linking, Orchestrating, and Managing Your Enterprise Security Systems
More Webcasts
White Papers
NetFlow vs Packet Data
Definitive Guide to Securing DevOps
More White Papers
Reports
Can You Spare 10-12 Mins to Help Us Out with a Survey on Tech Trends?
Got 7 Minutes? Dark Reading Needs Your Help With Our Survey on Incident Response
More Reports
Copyright © 2020 UBM Electronics, A UBM company, All rights reserved. Privacy Policy | Terms of Service