50%
Tweet
Constantly changing rumors demonstrate no one knows anything certain about the iPhone 7 -- but we can catch the latest round of speculation.

We're just about four months out from the iPhone 7's expected debut, and I can't keep track of what features the device will or will not have. First, Apple was going to remove the headset jack, but now it isn't. Then the iPhone 7 was believed to include a Smart Connector, but now some disagree on that. The chassis is going to be radically different if you look at one sketch, or exactly the same if you credit another rendering.

Let's face it, we don't know a damned thing about the iPhone 7.

A new drawing is making its way around the internet that depicts the exterior design of the iPhone. The mock-up looks almost identical to the iPhone 6s. In fact, the dimensions included with the rendering are the same as last year's phone. Cutouts for the camera module and flash are right where they should be -- if we were looking at an iPhone 6s.

This image, however, reveals that the iPhone 7 will have dual cameras and a Smart Connector. The notion of including a two-camera setup has been floating around for a while now. The LG G5 has two cameras, one standard-view and one wide-view. The Huawei P9 has two cameras, too, but the second sensor captures only black-and-white data. In the past, phone makers have used two cameras to capture 3D or stereoscopic imagery. There hasn't been any speculation about exactly what Apple might do with two cameras on the iPhone 7, but any of those mentioned are possibilities. 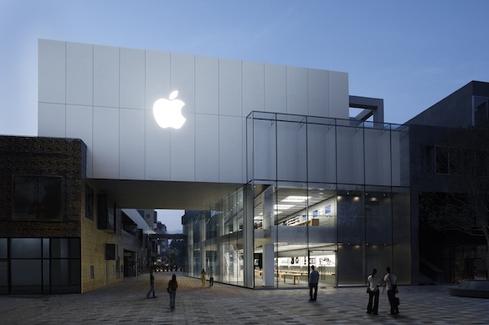 Including the Smart Connector is more interesting. It opens up the potential for a wide range of low-power accessories that can used with the iPhone 7. The Smart Connector is already used to power keyboards for the two iPad Pro tablets. Too bad that rumor has been squashed.

Other reports suggest the phone will be waterproof and dustproof. This would please plenty of klutzes to be sure. The iPhone's main rival, Samsung's Galaxy S7, is waterproof. Moreover, the home button may be revised so that it is flush with the glass surface.

Then there's the notion that Apple will switch to Intel processors for the iPhone 7. Too bad Intel decided to drop out of the mobile phone chip business.

While many of these features sound compelling, there's simply no way to verify the reports on which they are based. None of these reports have come from media outlets with better track records of predicting what's in store. Apple CEO Tim Cook promised the company planned to double down on security to stop leaks. Perhaps it has.

Eric is a freelance writer for InformationWeek specializing in mobile technologies. View Full Bio
We welcome your comments on this topic on our social media channels, or [contact us directly] with questions about the site.
Comment  |
Email This  |
Print  |
RSS
More Insights
Webcasts
Cloud Security Threats Enterprises Need to Watch
Are You Ready for When Cyber Attackers Get In?
More Webcasts
White PapersMore White Papers
ReportsMore Reports

Totally agree with you. I have the 6+ and it is the perfect pocket device for work and personal use for me. Since i am on Verizon with a 2 year agreement, I will not look at the 7. I have heard rumours that version 8 will be quite a bit different than the current generation. That will be more interesting to me. Apple is looking more like a johnny come lately than the innovator and market leader. Then again Samsung is moving from an open unit with micro-SD card capability to a sealed unit like Apple!
Reply  |  Post Message  |  Messages List  |  Start a Board

@Joe: I have the 6+ which is just about a year old. I love the phone. Its size is really useful for me for both personal and work use. I hope they continue to offer the plus size option as new models emerge.
Reply  |  Post Message  |  Messages List  |  Start a Board

Doesn't really matter to me what Apple does for the iPhone 7. I'll be sticking with my 6s since it is all the phone and mobile pocket computer that I need. Even with all these rumors, if half were even close to being true, they are not compelling enough to warrant the expense to get one. About the only interesting feature would be the waterproof/dustproof component. But, even then, I'd probably still get my LifeProof case to protect from drops and scratches.

These incremental and slow hardware changes aren't going to help Apple. They need to have ground-shifting changes and stop trying to "own" every ecosystem. Apple Pay? I've seen Android pay at many more locations and some aren't even aware that they are capable. NFC? Apple couldn't be bothered. Facial recognition? Customizable interface? Granular alerting and message sorting? True support for third-party browser integration? There's plenty Apple could be working on introducing besides just enough to avoid being "Johnny come lately".
Reply  |  Post Message  |  Messages List  |  Start a Board

At this point, all I really care about is how big it will be.

Reminds me of the rumors surrounding future models back when the 4 was the current model.  I still have a strong sense of pride over being one of the few to actually get it right by calling the 4S before the 5, as early as May 2011, in a piece for an InformationWeek sister site, Internet Evolution: