100%
Tweet
Beginning Wednesday, June 17, consumers can reserve an Apple Watch at their local Apple Store and pick it up on the same day.

Starting today, the Apple Watch is easier to come by. Up until now you could only order online and wait for delivery. Now, starting June 17, you can order the pricey wearable and pick it up at a nearby Apple Store.

Apple has rolled the Watch out slowly since April. It began accepting orders for the Watch in early April, and the first batch began shipping April 24. The early supply was severely constrained. The initial stock of wearables sold out in no time at all, and Apple suddenly pushed deliver-by dates from April 24 out to July, for some models.

Supply is finally catching up to demand.

Using Apple's website, consumers can select the Apple Watch they are interested in buying and then see if it is available at Apple's retail stores. 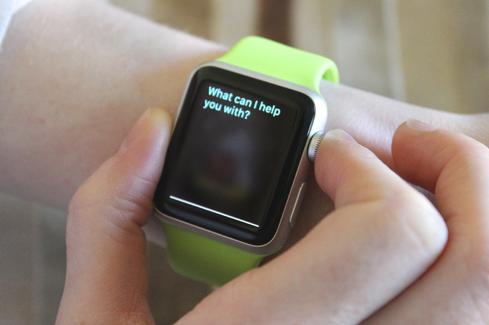 "All Apple Watch models are available by reservation only," said Apple. "You can reserve the model of your choice starting at 8:00 a.m. local time each day. Due to high demand, it's possible [your] watch will become unavailable before you confirm your reservation. When you make a reservation, we'll have your watch waiting at a time and an Apple Store that work for you. A Specialist will answer questions and help you try it on."

I was able to select an Apple Watch 42mm with a stainless steel case and a black strap. Apple said it would be available at my local store for pickup as soon as 10 a.m. I checked a handful of other models to gauge just how many might be in stock. Put simply, the less-expensive watches are generally more available than the pricier ones.

For example, the black stainless steel Watch with a black steel band is not available for reservation, at least not at the store closest to me.

Apple hasn't said how many Watches it has sold other than to say "a lot." Earlier this month the company promised the Watch would reach stores before July, and today's step is a tiny one in that direction. Allowing people to reserve the Watch and then pick it up the same day is better than having them wait several days or weeks for it to be delivered.

The Watch is primed to get a lot better later this year. At its recent Worldwide Developer Conference, Apple showed off WatchOS 2.0. The improved operating system will permit native apps, a big leap forward for the platform which now relies on a nearby iPhone to run all the apps.

WatchOS is expected to reach the Apple Watch alongside iOS 9 in the fall.

Eric is a freelance writer for InformationWeek specializing in mobile technologies. View Full Bio
We welcome your comments on this topic on our social media channels, or [contact us directly] with questions about the site.
Comment  |
Email This  |
Print  |
RSS
More Insights
Webcasts
Are You Ready for When Cyber Attackers Get In?
Linking, Orchestrating, and Managing Your Enterprise Security Systems
More Webcasts
White PapersMore White Papers
ReportsMore Reports

Apple still has not mass released the watch to its retail outlets as of this writing. However many of the stores do have the devices in stock. You just have to go on line, find the store and reserve to pickup. I did this and got my watch the same day. It was a fairly simple process to pick the watch, select the store (stores with the device you want are selectable), login, select the time you will be there. The process is pretty easy. Not all stores will have what you are looking for but you can check back each day starting at 8am.

Or you can just order direct from the Apple Store and they will deliver the watch to you in 1-2 weeks!
Reply  |  Post Message  |  Messages List  |  Start a Board
Editors' Choice
Hot Topics