50%
Tweet
The traditional subsidized phone contract that has made mobile phones seem more affordable is in fact a convoluted scheme to maximize carrier money and leverage on the customer. T-Mobile's plan to switch to unlocked phones and a "Value" package, in which you pay for the phone in installments clearly spelled out on the bill, lets customers make clearer decisions.

Two bits of news from T-Mobile shook up the mobile communications world this week. First was word that it is preparing — at long freakin' last — to sell the iPhone on its network in 2013.

The other bit of news, though, has massive implications for the rest of the mobile telecom world: T-Mobile is preparing to end device subsidies on its contracts.

Instead of having the cost of phones subsidized over the course of a two-year contract, T-Mobile is shifting to an unsubsidized "Value package " system. Under this plan, you can either pay full price for the device up front, pay for it in installments that are explicitly spelled out on your bill, or bring in your own unlocked device. 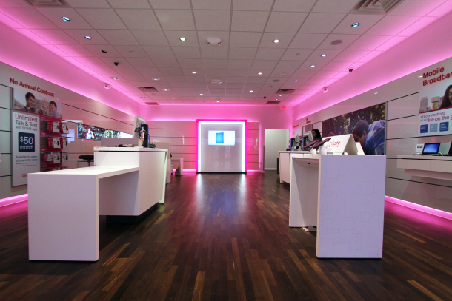 The magenta glow of the typical T-Mo store.

Why do this? In big part because Value Plans are apparently a massive draw for T-Mobile customers. According to a GigaOm article, about 80% of T-Mo's new device activations are on Value plans. These plans work with one or more phones; include unlimited data as per their more conventional, subsidized plans; and often allow some $15-$20 savings per month.

Most people are drawn to subsidy contracts because they pay less up front for a flashy new device — $99, instead of the $500 or more that many late-model, top-notch smartphones cost out of pocket. The iPhone is at the high end of that curve, and can run as much as $800 or more.

The problem is that you're paying back the cost of the device on terms that are almost entirely detached from actually buying it. The carrier, over time, makes far more money off you that way than if you had simply bought the device up front.

So why would T-Mobile want to embrace a new business model that makes it less money? Possibly because it believes it can make up the difference in customer volume, loyalty, and possibly plan upsales. It made a fair amount of noise to tempt iPhone customers onto its network, and now that it's planning to offer it directly, it sounds like it wants to provide multiple iPhone on-ramps to T-Mobile.

The one thing T-Mobile won't do, as per the GigaOm article, is provide the iPhone — or any other device — via a conventional subsidy contract. What it might do is offer devices (again, possibly including the iPhone itself) available for purchase on installments, with each installment spelled out on the bill instead of being absorbed wholesale into the contract. This way you can actually see how much you're spending on the device — a bit of much-appreciated transparency.

Now the biggest question: What if the other carriers decide to do this as well?

In time, I can't see them not doing it. Subsidy contracts have been a big reason why smart phone uptake has been so swift and ubiquitous. But it's put too much leverage in the hands of the carriers, narrowed the range of useful handset choices, and tied users to a financing model that's unlike anything else they use. Imagine if, when you bought broadband for your home, you could only use it with one of a number of PCs sold to you by the cable company. Nobody would sit still for that — in the same way people rejected having to use only the in-home networking equipment provided by the cable company, because most of it was terrible. (And let's not forget how it wasn't until the 1980s that the land-line telcos were required to allow users to buy their own phones.)

Breaking out of the subsidy model means incentives to get phones on our terms. Back when I was about to renew my cell contract, I flirted with the idea of buying an unlocked phone from an electronics house like NewEgg; financing the device through it with an 18-month, same-as-cash plan; and adding it manually to my account by simply swapping SIMs. And again, I balked for the same reason everyone else did: I wasn't sure I'd actually save money that way. Now that some hard numbers have started to trickle in from the carrier itself, it's looking more like a real option.

I suspect the greatest resistance to ending phone subsidies, though, isn't going to come from the carriers. It's going to come from the consumers themselves, who are so used to those low costs of entry that they don't realize how badly it hurts them in the long run. Here's hoping they'll see the light once someone waves a fully-itemized balance sheet under their nose.

Tip of the hat to GigaOm.

We welcome your comments on this topic on our social media channels, or [contact us directly] with questions about the site.
Comment  |
Email This  |
Print  |
RSS
More Insights
Webcasts
Cloud Security Threats Enterprises Need to Watch
Linking, Orchestrating, and Managing Your Enterprise Security Systems
More Webcasts
White Papers
[Exclusive InformationWeek IT Trend Report] The Cloud Gets Ready for the 20's
Definitive Guide to Securing DevOps
More White Papers
Reports
Can You Spare 10-12 Mins to Help Us Out with a Survey on Tech Trends?
Got 7 Minutes? Dark Reading Needs Your Help With Our Survey on Incident Response
More Reports