0%
Tweet
Apple, Samsung, and Amazon hit a rough patch in tablet and hybrid device sales, which fell for the first time since 2010. 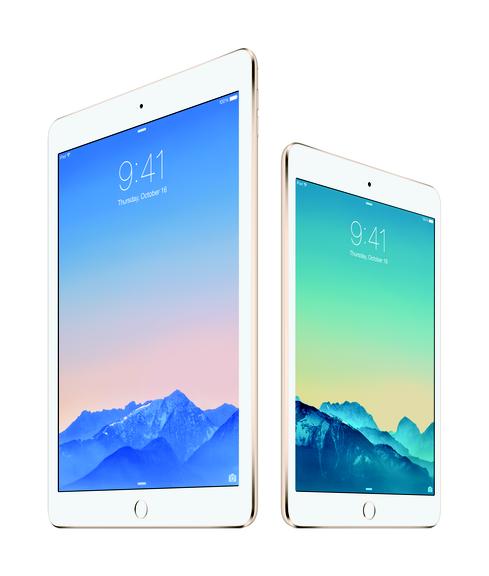 Kelly Sheridan is the Staff Editor at Dark Reading, where she focuses on cybersecurity news and analysis. She is a business technology journalist who previously reported for InformationWeek, where she covered Microsoft, and Insurance & Technology, where she covered financial ... View Full Bio
We welcome your comments on this topic on our social media channels, or [contact us directly] with questions about the site.
Comment  |
Email This  |
Print  |
RSS
More Insights
Webcasts
5 Steps to Integrate SAST into the DevSecOps Pipeline
Linking, Orchestrating, and Managing Your Enterprise Security Systems
More Webcasts
White Papers
Using AI to Power AppSec
Simplify Your App Security
More White Papers
Reports
Can You Spare 10-12 Mins to Help Us Out with a Survey on Tech Trends?
Got 7 Minutes? Dark Reading Needs Your Help With Our Survey on Incident Response
More Reports

And I think that another mistake was the belief that tablets would replace laptops. They're different devices for different circumstances: Both useful for the enterprise, just not for the same use case.
Reply  |  Post Message  |  Messages List  |  Start a Board

@whoopty I agree, don't think the tablet will ever replace the PC. Tablets will continue to have a strong presence, of course, because they are pretty useful and people like using them for on-the-go productivity and entertainment. But would I ever fully replace my laptop with a tablet? Probably not.
Reply  |  Post Message  |  Messages List  |  Start a Board

Every few years a new technology arrives that is said to be the PC killer. They say the same every time a new console comes out, or when Netbooks became a thing and they slowly falter while laptops and desktops continue to chug along.

Tablets aren't quite as bad as Netbooks or course, but they have specific uses. It's not going to be the way everyone does everything, as tablets are horrible for a lot of tasks.
Reply  |  Post Message  |  Messages List  |  Start a Board

How can IDC expect Microsoft's tablet offerings to have an effect on the overall decline in the tablet market when the company is such a small factor in this particular arena? I think the phablet variety of smartphone will relegate tablets to the role of a nitchplayer, used only for special purposes.
Reply  |  Post Message  |  Messages List  |  Start a Board

Exactly - PC remains the most productive device even though it's not as portable as mobile devices. Mobile device cannot completly replace PC. You cannot imagine editing a lengthy Word document on tablet - at least most people will not do it in this way.
Reply  |  Post Message  |  Messages List  |  Start a Board

I love my iPad air, but realized that I should have gotten a model with more memory. What would convince me to replace it is if Apple made a model with an SD card slot or USB connector. That would be very useful to me.
Reply  |  Post Message  |  Messages List  |  Start a Board

I never believed that tablet sales could really sustain their growth anyways. I think that this article proves that to be true.

PCs are still the most productive devices in my estimation. I think that will change as new and better interfaces such as voice and AI become normal. But we're just not quite there yet.
Reply  |  Post Message  |  Messages List  |  Start a Board
Editors' Choice
Hot Topics