50%
Tweet
How do companies handle innovation? Are they prepared for mind-blowing advancements in technology on the near horizon? Can they take advantage of the coming changes? Vivek Wadhwa gives his sobering, but encouraging insights.

InformationWeek's VP of Event Content and Strategy, Brian Gillooly, recently spoke with famed IT researcher, professor, and author Vivek Wadhwa -- keynote speaker of the InformationWeek Elite 100 Conference, May 2-3, 2016, in Las Vegas -- about how companies handle innovation, whether they're prepared for mind-blowing advancements in technology on the near horizon, and how companies can reorganize development to take advantage of the coming changes. Wadhwa is a Distinguished Fellow at Singularity University, a Stanford University Fellow, a Director of Research at Duke University, and the author of the upcoming book Futureproof: Surviving the Six New Rules of Technology that Will Govern Our Lives. His insights are sobering, but encouraging nonetheless.

Gillooly: You have an upcoming book called Futureproof: Surviving the Six New Rules of Technology that Will Govern Our Lives. Can you give us a preview of some of the issues you'll discuss in the book and at the InformationWeek Elite 100 Conference?

Wadhwa: CIOs are used to an environment where things move very slowly. The big changes for them used to be going from mainframes to servers to PCs. That happened over 30 or 40 years. And, still, a lot of legacy code runs in these ancient languages like COBOL, Fortran, and C. And they assume that because they had 30 or 40 years, they have the same time to make another transition. 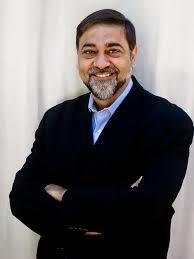 But that's not correct, because what's been driving all this is Moore's Law. They've seen how the devices they've been buying for their users have been increasing in capabilities and getting cheaper and cheaper over the last 50 years or so. The computers they're using now are more powerful than the mainframes that they wrote the code for. Also, they've seen over the last five years a complete shift happening in the nature of the software [itself]. We've gone from [embedded] software to [standalone] apps. These apps are more advanced than the software they have in their legacy systems. So we've see a radical shift happen.

Another shift that happened was social media. The last 10 years or so, we've implemented email, so the company became more connected. But at the same time, another trend happened, which is social media, so that now everyone is connected all the time. They're not ready for the next change that is about to happen, which is everything now accelerating at hyper and hyper speeds.

Because of the same forces in computing that have changed these technologies, it's now started changing other fields -- medicine, sensor technologies, artificial technology, robotics, nanomaterials, 3D printing. All of these other advances [that] are happening in technology are about to disrupt the industries these companies are in. So now you have disruption happening on a scale that was unimaginable before. Within five years, the vast majority of today's Fortune 500 companies are going to be fighting for survival because new entrants will come out of nowhere that will disrupt their businesses.

Gillooly: It seems as if businesses today are fighting a conventional wisdom about the pace of technology that doesn't allow them to think outside the box.

Wadhwa: One of the areas where IT is not ready most of all, and will hit them right under the belt, is virtual reality and augmented reality. They don't understand that the user interface is about to change. We've seen the transition from 3270 terminals to LCD screens and now our small smartphone screens, but the next big leap will be into virtual reality.

[ How will the Internet of Things change your world? Read 14 Ways IoT Will Change Big Data And Business Forever. ]

Our users will want Minority Report-type interfaces. Most CIOs don't even know what a virtual reality headset is. They've never used one, or seen it in action. Maybe they watched Minority Report, but they don't realize that within two or three years, users will be using this stuff at home and will ask, "Why can't we visualize our data the same way that Tom Cruise did in Minority Report?" They're not ready for this. They have no idea what this is all about.

Gillooly: Do CIOs look at this too much as fantasy, and aren't preparing right now?

Wadhwa: They're not, they're still maintaining their legacy systems and think this is science fiction. They think this is stuff that kids use. They don't realize how hard it's going to hit them. Take smartphones. IT departments first tried to slow down use of tablets. Smartphones basically ate tablets. IT departments weren't ready. They're all now scrambling to come up with policies for smartphone security and so on.

Within two years, we'll have headsets at home to watch TV using virtual reality systems. Two years, maximum three years. Immediately, users will start asking why they can't visualize their data the same way, or see in three dimensions. At the same time we have IBM developing Watson and providing all sorts of analytics capabilities to developers in Silicon Valley.

So we're going to have all sorts of apps that will analyze data in new ways and present information to people in more meaningful ways than IT systems do. I don't know any shop right now that has mastered AI and can take AI and apply it to the legacy data they have and provide their users with visual user interfaces. Forget about GUIs. I'm talking about augmented reality interfaces. I haven't met one CIO so far who understands that this is a shift that will happen in the next three or four years.

They don't understand that once VR is out there -- at first it will be crappy and make people dizzy watching it, but then it will get better -- another three-year horizon, suddenly everything will get into the VR/AR mode. Then what? They'll want the same things on their work systems. The IT department hasn't even understood the technology, let alone understood they have to start now revising their user interfaces and start applying AI to the data they have.

Gillooly: Maybe one way to get them to understand how soon that is, relatively speaking, is that it'll be here about the same time that the iPhone 8 or 9 will be here. We can't rely on Moore's Law cycles anymore.

Wadhwa: What will blow their minds is that the iPhone 11 will have the same computing power as a human brain does. What could be more mind-blowing than that? We're talking about seven years from now, roughly. Suddenly Moore's Law advances to the point where you have computing power for $1,000 that is on par with the human brain.

Gillooly: OK, then, how does the CIO who has been looking at budgets and IT maintenance over the past few years, especially in the "do more with less" phase, even begin to ponder how to start budgeting for something as disruptive as this?

Wadhwa: Well, another change that happened is it no longer costs millions of dollars to build these systems. You can have two kids in a garage creating inventions. So you don't need a big budget anymore, that's just an excuse. What they need is to organize differently, to set up small teams that really get it, and they better some hire kids out of Silicon Valley and have them do skunkworks projects. They already have the budget for this, there's no excuse. It's really their imagination that's the problem here, not the company.

Gillooly: As IT leaders look at the next phase of this and consider it as fantasy, maybe they can look at it more as business-impactful if they first think about the migration to the application economy and the impact of business analytics that will precede it. Those are tangible steps. And, what about the concept of "innovation" itself? How do CIOs embrace it as more than a nebulous concept?

Wadhwa: Change is happening whether you know it or not. It's going to disrupt our industries. If you understand the change, you can lead the disruption. If you lead the disruption, you win and have a strategic advantage over the ones who don't understand. CIOs have a chance right now to lead their companies into the next era. To have their companies reinvent themselves. Everything is becoming information technology, and everything that becomes information technology goes exponential. And when exponential technologies converge, they disrupt industries.

It doesn't require multimillion dollar budgets. It really requires them to understand the technologies themselves, and to organize differently to leverage [them]. They have the people already. And people want to be doing interesting things. The people are tired of maintaining old garbage code, they want to leapfrog into the next generation and would love to be developing these technologies I'm talking about. They'd even do it on their spare time if they were provided with the motivation to do it.

Brian Gillooly has spent the past 28 years establishing a trusted and significant presence in the business technology community. One of the most recognized personalities in IT media, Brian has built valuable relationships with the most influential practitioners in the ... View Full Bio
We welcome your comments on this topic on our social media channels, or [contact us directly] with questions about the site.
Comment  |
Email This  |
Print  |
RSS
More Insights
Webcasts
5 Steps to Integrate SAST into the DevSecOps Pipeline
Linking, Orchestrating, and Managing Your Enterprise Security Systems
More Webcasts
White Papers
[Exclusive InformationWeek IT Trend Report] The Cloud Gets Ready for the 20's
Definitive Guide to Securing DevOps
More White Papers
Reports
Can You Spare 10-12 Mins to Help Us Out with a Survey on Tech Trends?
Got 7 Minutes? Dark Reading Needs Your Help With Our Survey on Incident Response
More Reports

9 Ways to Improve IT and Operational Efficiencies in 2020 Cynthia Harvey, Freelance Journalist, InformationWeek,  1/2/2020
White Papers
NetFlow vs Packet Data
[Exclusive InformationWeek IT Trend Report] The Cloud Gets Ready for the 20's
Definitive Guide to Securing DevOps
How SBCs Can Protect Your UC
How Enterprises are Attacking the Cybersecurity Problem