50%
Tweet
We pry open a copy of Microsoft's first public release of Windows 8. 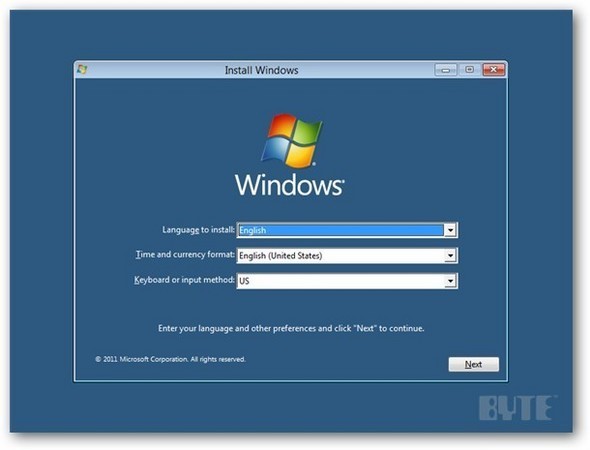 But ala Google+, Microsoft is making it freely available for anyone to download here.

Typically, BYTE wouldn't review prerelease software, but if Microsoft makes this major OS release freely and widely available, that changes the rules. I downloaded it onto two systems and took a deep look.

It's a beefy system so far. Minus the developer tools, the ISO download is 3.6GB. With them, it's 4.83GB, too big for a standard DVD. Optimized for touch devices and sporting an entirely new interface – the tiled Metro-style user interface -- Windows 8 is a major upgrade from Windows 7. Microsoft hasn't made this radical a change to its Windows line since Windows 95.

The Metro name probably sounds familiar to you. It's the same user interface Microsoft uses in Windows Phone 7. I find its design to be clean and spacious, distinguishing it from Apple's iOS and Google's Android UIs. Let's start at the beginning of what I found after downloading the Windows Developer Preview, code-named Windows 8.

When you boot the ISO -- either after burning it to a DVD, copying it to a flash drive or by accessing it directly via a virtual machine – you install it just like Windows 7. The process really is almost identical.

The only visible difference is the name of the operating system during setup. I found the installation process to be smooth – it proceeded without a hitch on both my systems, a 1GB Oracle VM VirtualBox virtual machine and a 4GB Toshiba Portege M400 notebook.

Comment  |
Email This  |
Print  |
RSS
More Insights
Webcasts
5 Steps to Integrate SAST into the DevSecOps Pipeline
Linking, Orchestrating, and Managing Your Enterprise Security Systems
More Webcasts
White Papers
Using AI to Power AppSec
Simplify Your App Security
More White Papers
Reports
Can You Spare 10-12 Mins to Help Us Out with a Survey on Tech Trends?
Got 7 Minutes? Dark Reading Needs Your Help With Our Survey on Incident Response
More Reports