Sometimes the barriers to success with DevOps can't be blamed on poor tools or poor workmen, but on the managers who are in charge.

By all estimations, DevOps has been proven to be effective in accelerating the delivery of applications with a consistent level of code quality. In fact, DevOps has such a big impact on enterprise IT, that some call it a "key driver of business growth" in 2017. Despite the potential, management of DevOps has proven difficult in some organizations. The biggest problems seem to revolve around improper management practices that should bind operations and development teams together.

So where are DevOps managers falling short? We’re going to talk about five key issues today that span areas of communication, coordination and improper usage of DevOps tools.

1. Not requiring Ops to participate in quality analysis. One of the biggest management mistakes that can be made in any DevOps practice is not requiring operations personnel to participate in the code QA process. While it’s not always completely necessary, there are situations where infrastructure related problems can be identified and addressed prior to moving updated code into production. For managers who are new to DevOps, this is a vastly different approach from traditional siloed duties that keep operations separate from developer processes. Yet, this is precisely the point of DevOps in the first place. It’s up to the DevOps manager to understand the importance, create an atmosphere of cooperation, and follow through with in-depth test analysis from both sides of the house.

2. Managers consistently stall deployments. An issue that often is not discussed lies in the fact that many DevOps managers place too many roadblocks that ultimately delay deployments and hinder the effectiveness of a DevOps strategy. While some delays are completely legitimate from time to time, it’s important to make sure that DevOps managers have fully bought into a DevOps mindset for application deployments. In many cases where DevOps projects struggle, you’ll likely find they are being managed by someone who continues to feel more comfortable rolling out software in a traditional batch deployment format. If this is the case, your DevOps efforts will likely never pay dividends. 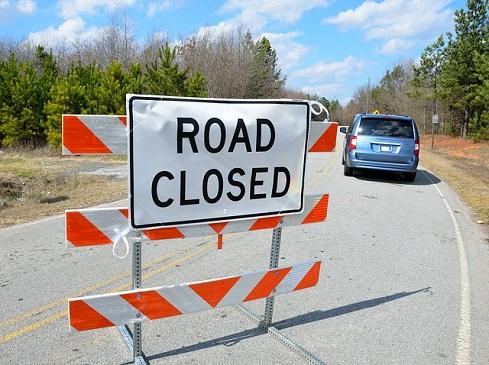 3. Neglecting the proper use of DevOps tools. It’s easy to blame DevOps tools for failures. But in many cases, the tools are perfectly adequate. Instead, management either lacks the overall understanding of how DevOps tools should be used – or the proper use of those tools is not enforced. Not everyone on the DevOps team is going to agree on the type of tools, or the best way to use them. That’s why you often see a split between how tools are used by Devs and operations admins. It’s critically important that these variations be curtailed to streamline processes and facilitate better coordination between the two teams.

5. Ignoring the benefits of value-stream maps. Value-stream maps are a way to gauge whether what you are doing from a DevOps perspective is adding value to the organization. As applications and underlying infrastructures grow in complexity, it’s easy to get caught up in simply going through the motions of a continuous integration (CI) strategy while forgetting why they’re doing it in the first place. A value-stream map baselines the value of an application today, so you can determine the added value over the course of incremental updates. This process helps to visualize where the true value of DevOps strategies can be made – and where the focus of innovation should be.

The practice DevOps has proven itself many times over to be useful in enterprise environments. If your organization is still struggling, don’t be so quick to assume the problem lies in commonly assumed shortcomings of staff skillsets or inappropriate tools. Instead, take a step back to see if the problem lies at the management level. Despite the greatest talent, training, tools and good intentions, without proper leadership, DevOps projects will continue to disappoint.

Andrew has well over a decade of enterprise networking under his belt through his consulting practice, which specializes in enterprise network architectures and datacenter build-outs and prior experience at organizations such as State Farm Insurance, United Airlines and the ... View Full Bio
We welcome your comments on this topic on our social media channels, or [contact us directly] with questions about the site.
Comment  |
Email This  |
Print  |
RSS
More Insights
Webcasts
Building Asset Management into Your Enterprise Security Strategy
How the Rapid Shift to Remote Work Impacted IT Complexity and Post-Pandemic Security Priorities
More Webcasts
White Papers
Gartner: Hype Cycle for Security Operations
Cloud Threats Are Different, Your Security Should Be Too
More White Papers
Reports
2021 Application Security Statistics Report Vol.2
The Malware Threat Landscape
More Reports

Back Issues | Must Reads
White Papers
A New Take on Cloud Shared Responsibility
IDC Market Share: How the Network Is Used to Unmask the Adversary
The Essential Guide to Securing Remote Access
From MFA to Zero Trust
SANS 2021 Cyber Threat Intelligence Survey