When I post something to social media about which tech jobs are highly paid, it inevitably generates a lot of interest. These tech job lists are interesting because they provide some general direction for which race to the top looks most rewarding. While picking the right race to enter is a good step, being the right racer is more important.

Here's how to be the right racer and make sure that you get paid what you're worth.

1. Be a lifelong learner

Valuable people get valued, and paid.

Technology is a "go to lunch, fall behind" field. If you're not learning all the time, you're not a valuable employee.

Yet, some employees fall into a rut. They create the comforting illusion that because a certain system that they support is critical or highly important today, the situation will never change. Bzzt! Wrong answer! See "go to lunch, fall behind." 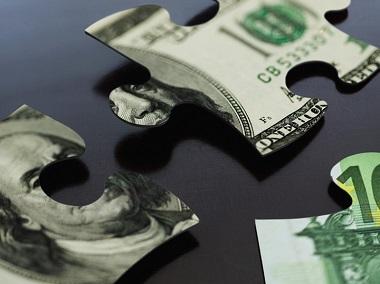 2. Learn about your industry

For your own satisfaction, I hope you're interested in the industry your IT organization operates in, because you're going to be spending a lot of time within it.

More important to the topic at hand, being interested in your industry and your customers is an important factor for the most successful tech employees. Such employees tend to have greater understanding of what the business needs from IT. And people who are interested in their industries also tend to go the extra mile.

[ How are CIOs driving new thinking in IT? See 4 Data-Driven Predictions For IT Innovation. ]

Surprise: These tend to be the most valuable employees and the ones that get the promotions and commensurate salary increases.

Everybody has life priorities. It's just that some people are forthright with them, and others are not.

Life priorities include things like travel preferences, hobbies, children, pets, and professional interests. Being up front with these priorities doesn't mean that employees identify them as being more important than work. It just means that these are known items to be considered during career and job decision-making.

Too often, employees hold these back. This means that when faced with an assignment decision that could go either way, an employer may choose the option that is less preferable for an employee.

A person who loves to travel may enjoy a reassignment to field analyst. A person who wants to stick close to home because they're responsible for an aging parent in town, or has lots of animals to care for, might not prefer that role because it would involve lots of trouble and expense each time that person traveled.

What does preference have to do with performance? It's all about getting yourself in a position to succeed. That person who loves to travel will arrive at field offices with a spring in her step, ready to go. The person who is stressed out about travel because of the trouble and expense won't. Who does better at their job? Probability favors the person who has a clear mind.

Employees are sometimes afraid to share life priorities, because that knowledge could be used against them. To that I say the likelihood of you becoming valuable in such a hostile workplace is pretty small. Time to move on.

What kind of boss do you like? Mostly flexible? Or completely unbending and rigid?

I have had many such moments over my career, such as being assigned to a project that seemed a no-win scenario: an ERP deployment back in the client-server days that was going sideways with glitchy, bug-filled clients, and that had highly skeptical end-users of the system. Not only did we "win" and get the project back on track, but I learned a tremendous amount about tech and project management, fostered deeper relationships in the organization in which I worked, and built credibility with my boss, which ultimately led to a promotion.

5. Brush up on soft skills

People hire people. They don't hire skills. The fact of the matter is that it's pretty easy to train technical skills, but it's very difficult for the organization to teach an employee soft skills.

That means you're in charge of your own soft skill learning.

Soft skills include understanding how to navigate conflict and negotiate (yes, Virginia, conflicts and negotiations are inevitable, even when you're something as technical as a SAN administrator), customer service skills, writing, and public speaking.

Some of these may be more or less important in your current role, but the fact is that you simply don't know when you'll be called upon to use them, or under what circumstances you're being judged.

Even if you never address a crowd of 500 people, it doesn't hurt to know how to interest an audience, get to the point, and be a convincing and credible speaker. During a prolonged and unexpected IT outage, your audience may be five people, but something tells me that this may be an important audience for your career.

That's just one example. People burn credibility every day when they don't apply soft skills in a technical role. There are plenty of sys admins, network engineers, and coders out there who think they're communicating just the right level of detail in an email, but the reality is that their bosses are thinking "too long, didn't read."

That's why soft skills may be the difference between being perceived as more or less valuable than the next guy or gal.

And that difference translates to money in your pocket.

Jonathan Feldman is Chief Information Officer for the City of Asheville, North Carolina, where his business background and work as an InformationWeek columnist have helped him to innovate in government through better practices in business technology, process, and human ... View Full Bio
We welcome your comments on this topic on our social media channels, or [contact us directly] with questions about the site.
Comment  |
Email This  |
Print  |
RSS
More Insights
Webcasts
Take DevOps to the Next Level
How the Rapid Shift to Remote Work Impacted IT Complexity and Post-Pandemic Security Priorities
More Webcasts
White Papers
How to Avoid the Challenges of Cross-Platform Data Access Governance
Data-Driven Vulnerability Remediation with Vulcan Cyber - A Case Study With Snowflake
More White Papers
Reports
We Need Your Input: Trends in Workforce Optimization
How Data Breaches Affect the Enterprise (2020)
More Reports