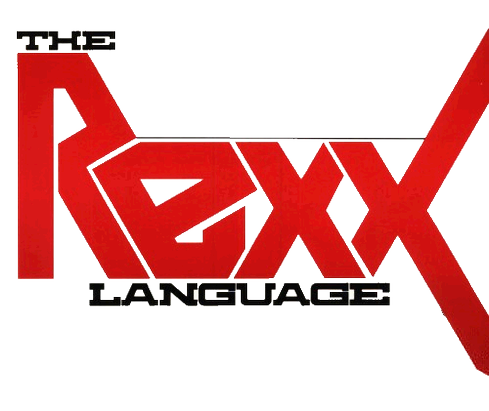 The REstructured eXtended eXecutor (Rexx) is another scripting language from IBM, but "scripting language" seems rather incomplete to describe what's going on with this one. Written by an IBM programmer in the early 1980s, Rexx leans heavily on PL/I for its structure. The result is a language originally intended as a mainframe scripting-language replacement that has become a compiled language, an interpreted language, and a scripting language available on scores of different platforms.

Rexx is so flexible that it was included as a standard language on the most powerful IBM mainframes, and in the Commodore Amiga at the same time. Rexx is still going strong. It's difficult to find an operating system for which a version of Rexx is not available. It is also frequently used in Common Gateway Interface (CGI) programming. If you're casting about for a useful scripting language to learn today, Rexx is a very solid candidate.

@dried_squid, if Microsoft has brought a "GUI-less" version of Windows Server to market, I'm not aware of it. It's the sort of product that would be of tremendous interest to cloud service providers, so it will be interesting to see if it ever surfaces! As for the GUI versus CLI benefits, my experience is that CLI is faster if you know exactly what you're doing and need to make specific changes on a repetitive basis. If you're trying to figure something out, or need to do one thing a single time, GUI works pretty darned well. And that glass ceiling? I think it was a very real thing five or ten years ago. Now, GUI knowledge is the default and will get you the job in lots and lots of places.
Reply  |  Post Message  |  Messages List  |  Start a Board

@dried_squid, thanks for a thoughtful post! Every now and again I'll sit down to learn (or re-acquaint myself with) a tool. Even if I don't end up using it for a lot of work I find that stretching my thought processes to include a new language helps me with my existing work.

And I think we're going to see more languages leaning on a visual interface. It will be interesting to see how that has an impact on applications.
Reply  |  Post Message  |  Messages List  |  Start a Board

@ewaldman630, you're the second person to mention Powershell so I really will have to include it in a future article. As for VB, I did include VBA, so don't I get at least a little credit? <grin>

I knew I was going to leave some significant scripting languages off the list: I think I could have done "73 Scripting Languages You Should Know" and still have missed some. It's good for me to hear from everyone which languages they think are important (and why): It really will help me on future articles...and the conversation is fun!
Reply  |  Post Message  |  Messages List  |  Start a Board

@BogdanB766, I'll refer you to my other responses on Python to explain my reasoning behind it not being included. Basically, I feel that Python doesn't fit my definition of a scripting language -- it operates too directly on the underlying system.

And I'll agree that VB wouldn't be a good inclusion -- but Visual Basic for Applications might just be the most widely used scripting language we have right now.

I thought seriously about MATLAB and you're right -- it's a solid scripting language. In fact, it's one that I might well include in a future article that focuses on scientific and academic tools.

As for Powershell, we've already got another reader talking about just how useful it is. If we want to get into a discussion of GUI tools versus CLI, then we're heading into a different level of "religious war" altogether!

Thanks for taking the time to read and comment on the article -- I appreciate your viewpoint and look forward to more discussion.
Reply  |  Post Message  |  Messages List  |  Start a Board

I agree that there are scripting languages that can be very powerful, and they're powerful precisely because they're able to control other software (like browser or the operating system) in very precise, and sometimes very destructive, ways. The security problem there, though, has more to do with privileges assigned to scripts than to the compiled or interpreted nature of the software!

And I also agree that you'd better know what you're doing, both in the scripting world and that of system administration, if you don't want to open your system up to a world of trouble!
Reply  |  Post Message  |  Messages List  |  Start a Board

@manassehkatz, I think where you and I have a difference of opinion is on just how the language in question makes things happen on the resident system. Python reaches too far down the stack to let me limit it to the scripting language label -- that's why it's not here. I agree that some of the languges in question can run in "stand alone" mode, but in my opinion, to be a scripting language the code has to make an impact on the underlying system by causing some third-party system to do things. Whether that third party is an application, a browser, a database, or an operating system is less important than the fact that it's required.

At least, that's the way I think about scripting...
Reply  |  Post Message  |  Messages List  |  Start a Board

@gbaggett75002, you're not the only person to mention Python. As I said in an earlier response, I finally came down on the side of Python as a general purpose language rather than a scripting tool. If I were forced to sort things into buckets, I'd be more likely to call "R" a scripting language than to put the label on Python.

I look forward to people telling me why I'm wrong, though -- that's part of the fun of language discussions!
Reply  |  Post Message  |  Messages List  |  Start a Board

@mneedleman, Python was the first language I thought of, but the more I thought about scripting languages the more I decided that Python really doesn't fit the description any longer. Python is a general purpose language that just happens to be interpreted. You can reach farther down the stack with Python than with most scripting languages, so I decided to save it for another list with another set of qualifications.
Reply  |  Post Message  |  Messages List  |  Start a Board

Thanks, @JoshauCouture. One of the reasons for writing a piece like this is to give readers a bit of info on tools they might not know. I'm glad to know I hit the target for you!
Reply  |  Post Message  |  Messages List  |  Start a Board
Page 1 / 2   >   >>
InformationWeek Is Getting an Upgrade!

Seeking a Competitive Edge vs. Chasing Savings in the Cloud Joao-Pierre S. Ruth, Senior Writer,  7/19/2021
White Papers
Identity Detection & Response (IDR) as a Solution for Identity-Based Attacks
Understanding the Most Common Lateral Movement Attack Tactics
Questions to Ask in Evaluating a Deception-Based Cybersecurity Solution
Cyber-Resilience Is a Must Have in the Next Normal
2021 Digital Transformation Report