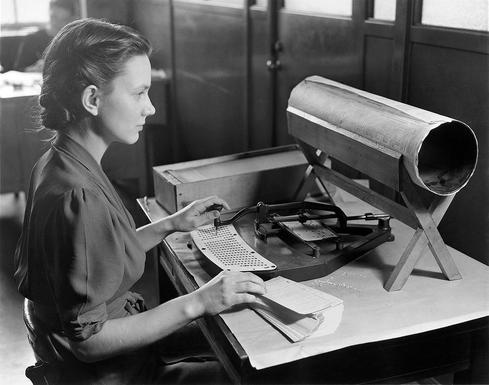 IBM's Job Control Language (JCL) was the basic tool for moving data, dealing with cost allocation, and invoking applications in the early days of the 360-series mainframe -- and it's doing the same job today. In its early incarnations JCL was a comma-delimited language that was considerably easier for machines to understand than for humans to write, a situation that reflected the relative importance and cost of the two resources. Today, it's easier for humans to deal with and much more interactive, but it's still a central part of the mainframe experience for thousands upon thousands of admins and programmers.

One thing that hasn't changed for JCL is that it is, essentially, a control language for batch jobs. In our always-on, instant-gratification world it's hard for some people to imagine that there are still batch jobs, but any organization with the sort of IT demands that need a mainframe still has plenty of tasks that are run via batch jobs. Wherever there's a batch job, there you'll find JCL.

@TechnCharles, I struggled over whether to go with Powershell or VBA in this grouping. I finally came down on the side of VBA, though I can see the argument for including Powershell.

A question: Do you also use VBA or do you live pretty much exclusively in Powershell? I know that they're used for entirely different things, but I'm curious about whether the "well-rounded Windows admin" will need to use both.
Reply  |  Post Message  |  Messages List  |  Start a Board
<<   <   Page 2 / 2
InformationWeek Is Getting an Upgrade!

Seeking a Competitive Edge vs. Chasing Savings in the Cloud Joao-Pierre S. Ruth, Senior Writer,  7/19/2021
White Papers
How to Plan for Endpoint Security Against Ever-evolving Cyberthreats
Identity Detection & Response (IDR) as a Solution for Identity-Based Attacks
Questions to Ask in Evaluating a Deception-Based Cybersecurity Solution
Cyber-Resilience Is a Must Have in the Next Normal
The Top 5 Fails of DLP