A Day Without Algorithms - InformationWeek

To those who want to regulate search engines, ban traffic-light cameras, and otherwise crack down on algorithmic decision-making and automation: Careful what you wish for.

A growing chorus of commentators is rallying against the "tyranny of the algorithm," the notion that computer-aided decision-making might create a dystopia where automated systems ruin reputations, encourage narrow-minded discourse, harvest organs without people's consent, and remove free will from the world altogether.

This argument isn't just an intellectual conceit; it underpins movements in the US to regulate search engines and ban traffic-light cameras. In Europe, efforts are underway to curtail automated decisions about individuals. Taken to the extreme, this critique suggests a wholesale rejection of algorithmic decision-making.

[Be afraid your business data is at risk. Be very afraid. Read 1 In 10 US Smartphone Users Victims of Theft.]

Imagine that 10 years from now, a new US Congress dominated by members angry about "filter bubbles" and "algorithmic overlords" decides to outlaw algorithms. Let’s see how this decision might affect an average citizen.

Bob wakes up and notices the bright mid-morning sunlight and sounds of bustling traffic outside his window. He has overslept, despite having told his iPhone's Siri app to wake him up at 7:00 a.m. From now on, he will have to remember to set his alarm manually, as his phone's apps no longer support speech recognition. 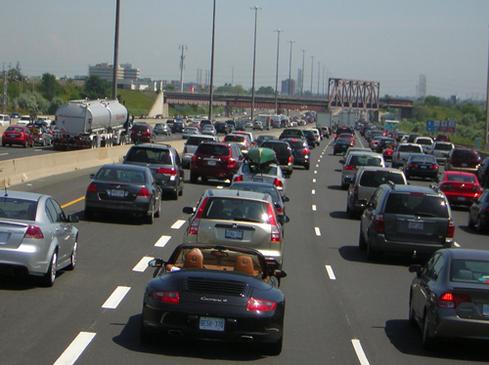 Bob, an experienced coder, lost his job when his employer eliminated its entire analytics department, so he's looking for work. He checks his email for responses to his job applications, only to spend half an hour slogging through emails from Nigerian scam artists and black-market pharmacies selling Viagra. It's a shame, he thinks, that spam filters are no more.

He heads downtown to the job center and gets stuck in traffic. The roads shouldn't be this crowded so late in the morning, but then it dawns on him: The traffic lights are no longer synchronized. Morning gridlock is now worse than ever. He considers driving into the city with one of his friends next time

Daniel Castro is a senior analyst with the Information Technology and Innovation Foundation and director of the Center for Data Innovation. Castro writes and speaks on a variety of issues related to information technology and Internet policy, including privacy, ... View Full Bio
We welcome your comments on this topic on our social media channels, or [contact us directly] with questions about the site.

Agree with your point about an "implaccable bureacracy." That's the worst. But people forget that even 10 years ago, we lived in a world with algorithms, they were often just really dumb algorithms. After all, "No, I can't do that. Company policy." is an algorithm too. My point is that smarter algorithms should help reduce some of these pain points. Compared to the status quo, that will often be much better. And when we have much more efficiency from algorithmic decision making, we can also make it much easier to resolve the boundary cases -- i.e. actually having a human to resolve things when you would otherwise be stuck in the bureacratic nightmare.
Reply  |  Post Message  |  Messages List  |  Start a Board

For public sector algorithms (e.g. who is selected for jury duty), openness probably makes a lot of sense. For private sector algorithms, there might be some proprietary information at stake. If you require these to be made public, you might reduce incentives to innovate. There are certainly algorithms that affect people in meaningful ways (e.g. dating apps) that are not open.  There is also a difference between just making it open and making a company go through a regulatory review process. The goal should be to balance innovation with protecting basic rights.
Reply  |  Post Message  |  Messages List  |  Start a Board

Algorithms that affect people in meaningful ways (selecting people for job interviews, for example, or denying insurance coverage or driving driverless cards or counting votes) need to be open to public scrutiny.
Reply  |  Post Message  |  Messages List  |  Start a Board

Drew, totally agree. This article is an interesting thought exercise to the point of thinking of the alternative ... a total reliance on algos? Automated systems running on auto-pilot? That's a "Brazil" type future that's more frustrating than horrifying.
Reply  |  Post Message  |  Messages List  |  Start a Board

I realize you're exaggerating to make a point, but are you advocating that there should be no limits on the use of algorithmic decision-making? I think the spread of automated systems worries people because it's the ultimate in implaccable bueracracy.
Reply  |  Post Message  |  Messages List  |  Start a Board