How IT Leaders Can Adopt an Automation Mindset

Too often, IT pros focus on one-off problems instead of leveraging automation to drive long-term innovation. Instead, IT leaders should adopt the big-picture mindset of a Formula 1 champion.
Wendy M. Pfeiffer, CIO, Nutanix
July 14, 2021
Credit: adimas via Adobe Stock

IT automation has the potential to achieve the large-scale digital transformation that organizations want and need. But too often, IT isn’t focused enough on the finish line.

Instead of focusing on minor, one-off problems, IT pros can leverage automation to create long-term change that enables organizations to win year after year. To develop a truly transformational automation strategy, a good IT leader has to think like a Formula 1 champion.

The Formula 1 racing season is in full swing, and I like to think that F1 strategy is a lot like IT automation strategy: a racecar is a complex piece of machinery, and thousands of parts and people have to work together. The top teams win consistently because they prioritize long-term innovation instead of short-term wins.

If you’re the CIO in the driver’s seat, here are five ways an F1 mindset can help you stay ahead of the pack:

1. Evaluate your present design to keep one eye on the future.

Teams design a new car for each race season, and race directors start thinking about next year's car design the moment the previous car is unveiled. When Ferrari had its worst season in 40 years, the team investigated all of its departments for any chance to improve and realized it had an underperforming power unit. Ferrari designed an all-new power unit ahead of the 2021 race season to prepare for the future.

Like Ferrari, IT leaders should investigate what’s slowing them down this year to get a head start on the improvements they can already make for next year. For example, I took a look at how my team handled networking -- it used to be an extremely hands-on process, with people physically configuring top of rack switches in our data centers. Now, we do all of our core routing and switching via a software-defined network, and it frees us up to focus on services.

2. Use real-time metrics to know when to make a pit stop.

During a race, there’s a strategy behind when to make a pit stop and spend a few valuable seconds replacing the tires or making a mechanical adjustment. The team analyzes performance in real time using metrics like acceleration and braking and decides when it’s time to pull over.

Similarly, CIOs need to monitor IT performance in real time. IT leaders can collect system data and watch operational functions where metrics like Net Promoter Score (which measures customer satisfaction) are poor, and then they create “pit stop'' automation projects to improve those functions by tuning their most inefficient parts. This takes time in the short run, but it boosts performance in the long run.

3. Invest in an automation-forward culture that promotes machine-human collaboration.

According to Accenture, over half of business leaders say that machine-human collaboration is important to achieving their strategic goals. Yet only 3% of executives intend to increase their investment in training and reskilling over the next three years.

Like a race team operating a car, IT automation combines human and machine forces working together to win. Automation isn’t about replacing people with machines; a race’s outcome depends on the driver and crew, not just the car.

IT leaders need to equip their teams with the skills and training to excel at deploying large-scale automation -- and beyond that, they need to invest in a top-down mindset that automation is a fundamental capability for organizational change, not just another one-off IT project.

F1 racers have to plan for all possible contingencies. How might you need to adapt your strategy to a challenging track layout or rainy conditions?

The COVID-19 crisis underscored the need for automation that will help your entire organization weather unexpected storms. Plan for different scenarios by automating the processes that empower your IT team to be flexible and scale as needed. Automating runbooks is one great example: runbooks are an essential function of IT management, and they can be easily automated to ensure continuity even if critical team members are unable to work.

5. Rethink your processes and experiment to drive big-picture innovation.

F1 is responsible for many innovations in the automotive industry. Leading teams haven’t just won races; they’ve created lasting features that impacted car design. This is because they didn’t accept the way things had always been done. In fact, teams innovate their cars so fast that the F1 organizers constantly release new design rules in response to changing competition.

Reimagine what can be done differently to open new doors and achieve bigger business outcomes. Ask yourself: are we doing something this way because it was the only way to get the job done 10 years ago? Is it still relevant for what the business needs today?

Creating a transformational automation strategy is about embracing experimentation. The rules of the race change every year, and it’s time for technology leaders to not only play by the rules but drive the innovation that inspires the rules to come. 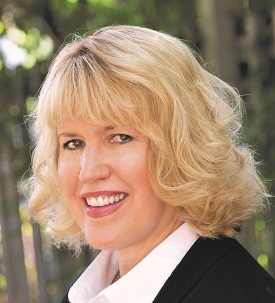 Wendy M. Pfeiffer is the CIO of Nutanix, where she leads the global Information Technology team and functions that support the company’s business operations and employees. Prior to Nutanix, Wendy led technology teams for industry-makers like GoPro, Yahoo!, Cisco Systems, Exodus Communications and Robert Half. Dedicated to excellence in operations and delivery while maintaining a focus on innovation, Wendy has played a key role in envisioning and delivering business technologies for the past two decades.