U.S. Marshals Service Invests In IT, Then Faces Cuts - InformationWeek

Its three-year IT project to provide better law enforcement tools is nearly complete. But the Marshals Service, which was part of an across-the-board 10% budget cut during the past year, now faces another 15% cut.

Download the entire October, 2011 InformationWeek Government, distributed in an all-digital format as part of our Green Initiative
(Registration required.)

We will plant a tree for each of the first 5,000 downloads.

The U.S. Marshals Service is in the final phase of a three-year IT project to provide its deputy marshals and internal departments with better law enforcement tools. The challenge now is to continue those tech advances amid cost cutting that leaves little for new investment.

"What I'm trying to do is sustain what we've accomplished, not go backwards," says Lisa Davis, assistant director of IT and CIO of the agency, which was part of an across-the-board 10% budget cut during the past year and now faces another 15% cut. "It's extremely challenging," she says.

The Marshals Service, part of the Department of Justice, has made progress under an IT transformation strategy put into motion when Davis joined the agency in October 2008. Steps included replacing outdated PCs and software, centralizing the agency's email servers and prisoner-tracking application, strengthening IT security, and consolidating data centers into a new facility shared with and operated by the Drug Enforcement Agency.

Headquartered in Washington, the Marshals Service has 94 field offices. Its IT infrastructure--including Active Directory and Exchange servers and the Justice Detainee Information System--had been distributed to all those outposts. Not only was that inefficient, but information sharing on JDIS was difficult at best.

What's more, nearly 80% of the agency's desktop computers were so old when the project started that they were no longer under warranty. Davis set out to put new PCs and other tools, including smartphones and tablets, into employees' hands, while centralizing and consolidating enterprise systems.

Davis presented a business case to the Marshals Service's top management and got the money needed to get the transformation under way, including funds for PC replacement. Now, most employees have new Windows 7-based machines with Office 2010, Lync 2010, and SharePoint 2010. 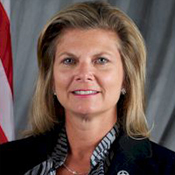 The Marshals Service's mission is to protect federal judges, oversee federal prisoners, and manage seized assets. More than half of its 5,700 employees, including 4,000 deputy marshals and investigators, are mobile workers.

With those people in mind, the agency launched a pilot project to test iPads, iPhones, and other mobile devices. The goal is twofold: to test the feasibility of the devices for field work and determine whether they might be a cheaper alternative to PCs and laptops for some employees. "If I"m paying $1,000 for a laptop, and I can spend $500 for an iPad, I've driven down costs by 50%," Davis says.

The agency is teaming with the Bureau of Alcohol, Tobacco, Firearms, and Explosives on the trial. Agilex, a systems integrator, is helping develop a mobile app store, where users can access language translation, location, and other types of apps. And, because the devices tap into Apple's App Store, Apple is involved, too.

Already, however, Davis is mulling what might get cut. Help desk support had been expanded to 24/7, but that could be scaled back. Says Davis, "Something's got to give."