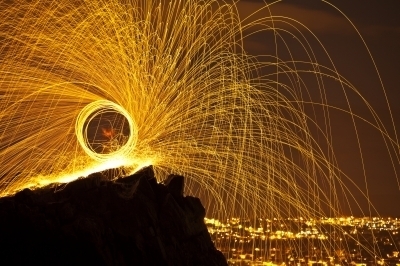 Every human endeavor generates mountains of data. And those mountains get bigger every year.

IBM estimates 2.5 quintillion bytes (2.5 exabytes) of data are created every day from a variety of sources, including sensors, social media and billions of mobile devices. By some estimates, 90% of the data in the world today has been created in the last two years alone.

Likewise, the volume of data traversing the Internet has seen explosive growth. In its annual Visual Networking Index (VNI) Forecast earlier this year, Cisco predicted a 4x increase in the size of the Internet, reaching nearly 19 billion connections and devices. "The projected increase of global IP traffic between 2015 and 2016 alone is more than 330 exabytes, which is almost equal to the total amount of global IP traffic generated in 2011 (369 exabytes)," Cisco said in a statement.

But until recently, only a few types of organizations -- primarily big companies and well-funded government agencies -- could justify the hardware and software needed to collect and analyze all that information.

The leading adopters were telecommunications companies, working with massive and growing amounts of real-time traffic, and government security agencies, watching for sinister actors and suspicious connections across a broad number of data sources.

But now the ability to store massive data sets is within reach for many.

While there are plenty of specialized uses for big data analytics -- such as a fraud-detection model for a credit card company handling tens of millions of cards and transactions -- one of the broadest applications has been in marketing. Marketers have been quick to see the promise of modeling the activities of their customers across multiple channels (in-store, online, call center, CRM, mobile, social media) to understand implicit preferences and build predictive models.

Moreover, public sources -- notably, the oceans of data flowing from social media -- allow the curious to collect millions of conversations and hunt for patterns. Finally, a new generation of business leaders is embracing the idea of data-driven decision making.

So big data and its associated analytics have found a home in virtually every industry. Which begs the question: If Lady Gaga uses it, why aren't you?

Check out some of the surprising uses and users of big data today.