SEARCH
A minimum of 3 characters are required to be typed in the search bar in order to perform a search.
Announcements
Report
Find out what you need to know so that you can plan your next career steps and maximize your salary.
Event
Explore strategies, new technologies, and best practices to provide a secure infrastructure - Learn more at Interop!
PreviousNext
Big Data Analytics
News

Microsoft claims Bing can predict the future, but it is starting out with soft questions like who will win The Voice.
Michael Endler
Associate Editor, InformationWeek.com
April 22, 2014
Credit: Bing now predicts the outcome of The Voice and other TV competitions (Image credit: Microsoft) 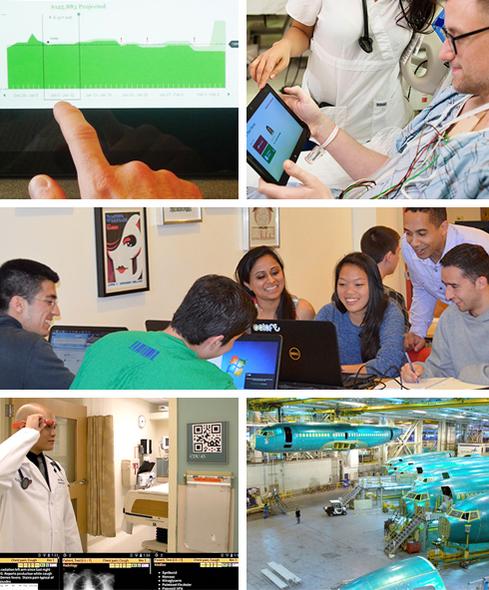 From Google's Flu Trends project to Nate Silver's election forecasts, data-driven attempts to predict the future continue to grab headlines. This week, Microsoft teased its interest in this emerging prognostication industry, releasing a new predictive tool for Bing. Currently, the feature only forecasts TV competition winners, but it could soon include sports matches, elections, concert ticket prices, and more.

In a blog post, the Bing Predictions Team said its technology can forecast results using Bing search queries and social media data from sources such as Facebook and Twitter. But researchers have recently criticized similar experiments, such as Google's aforementioned flu tracker, for methodological errors. Microsoft will have to prove it can turn its data into useful insights.

At launch, Bing's predictive tools apply only to The Voice, American Idol, and Dancing with the Stars. But a Microsoft website promises "predictions for winners of sporting events, most popular vacation destinations, whether concert ticket prices are going to go up, and more." The blog post contextualized Microsoft's interest around increased Bing traffic during elections, suggesting Bing's crystal ball will eventually predict political contests too.

[While waiting for predictions to come true, you may need to do some work. Read Microsoft Office: 4 Changes, Explained.]

Bing makes predictions about TV competitions by drawing inferences about a given competitor's popularity. Microsoft broadly defines popularity according to query volume, the positive or negative charge of search terms, and social media trends. The company said it calibrated Bing "to account for biases, such as regional preferences, and other measurable and observable trends." Microsoft also said Bing knows how to balance recent popularity against long term trends. According to the Bing Team's data, for example, winners on The Voice aren't necessarily those who performed best in the most recent episode, but rather those who've already developed a following.

To activate the feature, Bing users can affix "predictions" to the end of their searches -- i.e. "The Voice predictions." Results appear in a carousel display above the normal search returns.

Experts debate the extent to which search engines and social tools can predict the future. In 2008, Google claimed it could anticipate flu outbreaks by tracking queries related to influenza. The search giant has since made a variety of similar claims. In June, for example, Google said it can predict a film's box office performance with up to 94% accuracy. Researchers have also used Wikipedia and Twitter-derived user analytics to predict flu surges, while others have linked search results to stock market fluctuations.

In a 2010 study, five Yahoo researchers claimed "what consumers are searching for online can predict their collective future behavior days or even weeks in advance." The study cited opening weekend box office revenue, first-month video game sales, and Billboard Hot 100 rankings as examples. Interestingly, all five researchers now work for Microsoft Research, according to their respective LinkedIn profiles.

Microsoft has repeatedly touted predictive technologies in recent months, but usually in the context of machine learning, with examples ranging from Windows Phone 8.1's Cortana, to new Office tools that infer which emails the user tends to care about. With the company now including social-scale predictions in search results, it has opened up a new world of possibilities -- but first, it will have to convince skeptics.

A March paper in the journal Science pushed the issue further, however. Researchers argued that projects such as Flu Trends can encourage a "big data hubris" in which companies ascribe empirical muster to conclusions spun from flawed number-crunching strategies. The study noted that during a 108-week stretch ending in September 2013, Google Flu Trends' weekly conclusions overestimated influenza outbreaks 100 times. The authors attributed the unreliable forecasts to a basic flaw in Google's methodology: People search for "flu" without necessarily know what influenza actually is, which means Google's data set is perverted by millions of users with flu-like ailments but not the flu itself.

Time will tell if Microsoft's Bing Team has learned to avoid such oversights.