Artificial intelligence is already transforming several key markets -- and use of the technology is rapidly expanding.

Interest in artificial intelligence has surged to new heights. Technologies like machine learning, computer vision, computer speech, text and sentiment analysis, and autonomous vehicles have captured the imagination of business leaders. However, surveys continue to find that CIOs and IT managers still seem unsure about how exactly they can use AI to generate revenue in their industry.

A 2019 O'Reilly report titled AI Adoption in the Enterprise found that 81% of the 1,300 respondents worked for a company that was using AI. However, only 27% said that they had revenue-bearing AI projects in production. A majority (54%) were still in the evaluation phase and working on figuring out what to do with the technology.

What was holding them back from deployment?

The biggest bottleneck, cited by 23% respondents, was a company culture that "does not yet recognize needs for AI." In addition, 17% of those surveyed said that their firms had "difficulties in identifying appropriate business cases." This was an even bigger problem among enterprises with more mature AI projects in the works — nearly a quarter (24%) of these more advanced organizations were still struggling with use cases.

A November 2018 McKinsey survey had slightly different numbers but identified similar trends in AI adoption. In that report, 77% of respondents' employers had deployed AI, but that included 30% who had only pilot projects. Significantly, only 17% of respondents said that their organizations had mapped out where they could use AI within their business.

The report concluded, "The business world is just beginning to harness these technologies and their benefits." It added, "Indeed, many organizations still lack the foundational practices to create value from AI at scale — for example, mapping where their AI opportunities lie and having clear strategies for sourcing the data that AI requires."

So where are those AI opportunities?

The following slides highlight 10 industries with use cases where AI could offer a substantial benefit that impacts the bottom line.

In its report, McKinsey tagged the telecommunications industry as the leader in AI adoption. It found that 75% of telecommunications respondents had adopted AI in their service operations, and 45% were using AI in product and/or service development.

The transition to 5G and software-defined networks offers a clear business use case for machine learning. While earlier network generations (3G, 4G, etc.) were comprised of homogenous technologies, 5G creates networks that incorporate all these preceding technologies, as well as several new ones. That makes for some incredibly complicated network architecture. Humans simply can't monitor these complex environments without similarly complex monitoring, management, and automation tools. And in many cases, those tools are incorporating AI capabilities.

The second biggest adopter of AI technology, according to the McKinsey data, was the technology industry. In this case, the focus is on creating innovative new offerings that incorporate AI, as 59%  of firms were using artificial intelligence for product and/or service development.

Along the same lines, the O'Reilly report found that 57% of computers, electronics, and technology vendors were using AI in research and development, and 45% had deployed AI tools in their own IT systems.

Technology vendors clearly recognize the business opportunity offered by incorporating AI into their own products and services, and many are also "eating their own dog food" by putting AI to work in their internal systems.

Another noteworthy early adopter of AI technology is the financial services industry. According to McKinsey, 49% of respondents in this category are using AI for service operations and 40% are using AI for risk management.

Stock traders were among the first to realize that machine learning systems might be better than humans at recognizing patterns in the market, and today, automated systems built on AI technology are becoming commonplace.

Those same machine learning technologies are also good at identifying patterns that might indicate whether someone is a good credit risk or whether a particular transaction might indicate fraud. Some firms now also offer those tools that they developed for internal needs to their customers – opening up new business models.

AI offers several different distinct benefits for the manufacturing industry — many of which are directly tied to bottom line financial results. And, in fact, the McKinsey report found that respondents saw the most value when they applied AI to their manufacturing function, compared to other business functions.

Most obviously, factories can use AI-enabled robots to make their production lines faster, safer, and more consistent. In addition, they are also using computer vision systems to inspect parts. And machine learning is playing a role in predictive maintenance, supply chain management, and risk management. 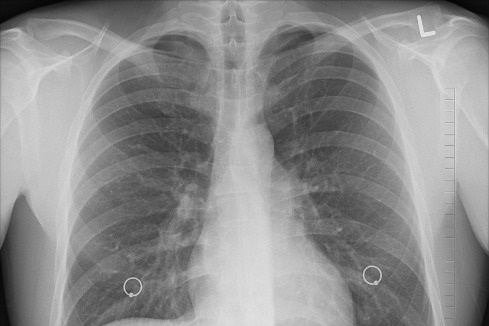 One of the more exciting areas of AI research is computer vision for healthcare diagnostics. After being trained on millions of data samples, AI systems learn to identify cancer, benign tumors, broken bones, and other conditions that appear in X-rays and other imaging. In addition, machine learning systems can provide a knowledge base to support diagnoses based on reported symptoms. However, providers are quick to point out that these systems are meant to augment human physicians and providers, not to replace them.

On the less exciting side, AI speech-to-text systems are helping transcribe doctors' notes and reducing or eliminating errors due to messy handwriting. 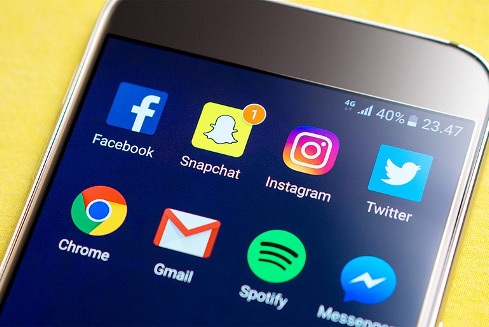 It's no secret that social media companies like Facebook, Twitter, and Instagram use complicated algorithms to determine which posts — and, more importantly, which ads — appear in your feed. But the social media giants are also hoping that AI can help them address some of their toughest challenges, like preventing foreign agents from interfering with elections, stopping the spread of "fake news," protecting user privacy, blocking objectionable content, and much more. So far, the technology has not yet proven itself capable of these more difficult tasks. While some believe it is only a matter of time before the technology advances that far, others are more skeptical.

AI has proven itself adept at figuring out what people want to watch. Streaming services like Netflix and Hulu have been able to analyze their huge quantities of data on viewing habits and translate that into new original content that has become popular with viewers and even resulted in some prestigious awards for those services. Traditional media outlets like movie studios and television networks are now looking for ways that they might be able to leverage AI to remain competitive.

Less successful have been attempts to use AI to create actual content. While experiments in computer-generated art, music, and movies have proven interesting, they are not yet on par with content created by human beings.

While you can't yet buy a fully autonomous vehicle from your local car dealer, thousands of driverless cars are already on the road. Some are being used for testing purposes, while others provide ride-sharing or taxi services. Industry insiders say that the first real market for autonomous vehicles may be the extremely valuable trucking industry. Unlike human drivers, autonomous systems don't need sleep breaks, and these new vehicles could make freight delivery faster and safer.

Machine learning is also at work behind the scenes in the automotive industry as manufacturers and fleet managers look for new ways to harvest valuable insights from the data collected by today's increasingly connected vehicles.

The U.S. government also has a major interest in autonomous vehicles and in AI-based analytics of vehicle data. Armored vehicles, tanks, aircraft, ships, and weapons systems are not only computerized, they generate a lot of data. Machine learning and computer vision systems could make national defense a safer, more accurate, and far more effective enterprise.

On the other hand, the public might not yet be ready for AI-based defense systems. For decades, science fiction books and movies have explored the negative possibilities of putting artificial intelligence in charge of weapons systems, and that has given citizens plenty of healthy fear about AI-based defense.

They might be more willing to accept AI for cyberdefense. Today's battles are fought on networks more often than in the real world, and national governments and businesses are increasingly turning to AI-based IT security tools to help them keep up with attackers.

According to McKinsey, 52% of retailers are using AI systems to improve their sales and marketing. Online retailers, in particular, are using machine learning to try to put the right products in front of the right customers at the right time. Some have also deployed AI-based chatbots, with varying degrees of success. But brick-and-mortar retailers are also using AI to analyze their sales data and changing their strategies as a result. One of the big focuses for the industry is on using AI to create a more personalized experience. In an ironic twist, retailers and other enterprises are finding that some of the best use cases for AI are those that make the world feel more "human."

Cynthia Harvey is a freelance writer and editor based in the Detroit area. She has been covering the technology industry for more than fifteen years. View Full Bio
We welcome your comments on this topic on our social media channels, or [contact us directly] with questions about the site.
Comment  |
Email This  |
Print  |
RSS
More Insights
Webcasts
Protecting Your Enterprise's Intellectual Property
Strategies for Success with Digital Transformation
More Webcasts
White Papers
2020 SANS Enterprise Cloud Incident Response Survey
Full Body Exposure: CybelAngel Analysis of Medical Data Leaks
More White Papers
Reports
The State of Threat Detection and Response
Special Report: Edge Computing: An IT Platform for the New Enterprise
More Reports
Copyright © 2021 UBM Electronics, A UBM company, All rights reserved. Privacy Policy | Terms of Service