Changing Mindsets on IT Automation - InformationWeek

Enterprises are not fully on board yet and in some cases stuck in manual mode. Here are four key areas to consider to get on the road to automation. 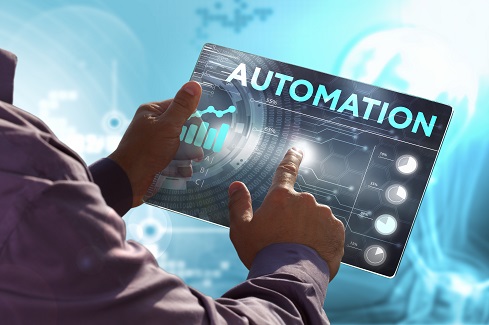 It seems that the IT industry has been pursuing IT automation for as long as there has been infrastructure. But despite the millions of man-hours that have been spent in pursuit of an automated future, most of today’s enterprise operations remain manual. And while there are bright spots -- notably, the cloud era companies -- it appears that IT automation is likely to remain unattainable for a good portion of the market.

What happens in a post-digital world if a company is unable to leverage automation to become more agile? How can a company compete if its competitors have built businesses on infrastructure that creates a sustainable advantage? How do IT leaders avoid the ominous fate of the unautomated? The following is my perspective on the four W’s of automation: why, what, where and who.

Perhaps the biggest reason that automation has been such a large disappointment is that the industry has pursued automation for the wrong reasons. If your goal for automation is to reduce costs or to simply move faster, you are likely overlooking the most transformative aspects of an IT automation agenda.

Consider the networking arena. For many in this space, change management is about finding a known good (or merely tolerable) state and avoiding change for as long as possible. Anytime something changes in a massively distributed, highly complex system, things break. So, if your primary goal is to keep things running, you avoid change whenever possible.

But what if you knew that changes would be reliably executed? That whatever happened, the infrastructure would just work? If you were certain that the infrastructure was reliable, you could make changes much more quickly, shedding the baggage that ITIL has heaped on your operations.

In fact, speed and cost are the byproducts of reliability. If companies want to automate, they need to start by acknowledging that reliability unlocks the benefits they crave.

One of the most basic inhibitors to automation is that people don’t often know what they are automating. You cannot automate a network any more than you can automate a table. Automation is fundamentally about verbs, not nouns, which means that teams need to understand the verbs that drive their infrastructure. Any team that does not understand their workflows with enough precision to codify them will find that automation is always just out of reach.

But even if you realize the need to identify workflows, it’s important to know which ones are going to be the most impactful. Most of the time, technology suppliers tout the power of their provisioning automation. The reason why is simple: the only workflows that are ubiquitously applied by their user base is installation -- but those workflows have limited value.

The highest value workflows are those that are either executed frequently or those that are executed during times of duress. Take any troubleshooting workflow, for example. In times of need, companies need to execute these quickly and with precision to bring real value.

Other critical workflows are those that span boundaries: one or more people, systems, or organizations. Consider a large retailer with an online workplace. To stand up a new server, the team must put in the work and then the networking team steps in to activate it. These types of workflows -- those that cross boundaries -- are ideal candidates for automation, because the elapsed time in this function is dominated by coordination, not configuration.

To automate these workflows, the key is elevating operations above the device. To reach across boundaries, operations must be abstracted. It cannot be a practice that is executed device-by-device. This is why the rise of software-defined everything is an important precursor to automation. By introducing abstracted points of control, the technology is lifting people out of the weeds, allowing them greater opportunity to do meaningful automated things.

For many, automation is terrifying. They envision being replaced by some well-written code. But if teams can become fluent in the language of the business, their roles are solidified, not eliminated. Of course, this requires that the emphasis shift from mastering specific devices to really mastering intent and workflows.

Imagine how scary it is for a knowledge worker who has built an entire career around understanding a specific instantiation of technology. The key to unlocking automation is making people a part of the solution, alleviating the fears that cause paralysis (both intentional and not).

Forgetting that it is immoral to abandon an entire workforce, it’s simply impractical to hire one, which means that the people you have must be an integral part of the future. Getting them on board is the fastest way to make progress. Start with clarifying the language so that the company is having the right conversation about automation. Continue with a skills-focus to allow the team to develop the requisite capabilities to succeed in such a future.

With the team in place, it’s time to start working, one workflow at a time. Starting with specifics makes it tangible and, while it means you won’t have an automation project per say, you will find that after a few years of working diligently, you will achieve your automation goals. 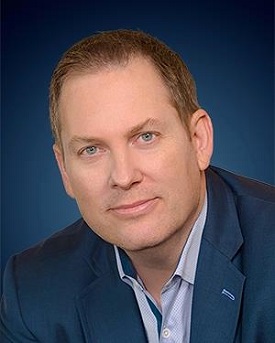 Mike Bushong is the VP of enterprise strategy at Juniper Networks. At Juniper, he has been responsible for driving the company’s automation ambitions and incubating efforts across emerging technology spaces (notably SDN, NFV, virtualization, portable network OS, and DevOps). Most recently, Bushong was responsible for Brocade’s data center business as VP of data center routing and switching, and then Brocade’s software business as VP of product management, software networking.

The InformationWeek community brings together IT practitioners and industry experts with IT advice, education, and opinions. We strive to highlight technology executives and subject matter experts and use their knowledge and experiences to help our audience of IT ... View Full Bio
We welcome your comments on this topic on our social media channels, or [contact us directly] with questions about the site.
Comment  |
Email This  |
Print  |
RSS
More Insights
Webcasts
Securing and Monitoring Networks in the 'New Normal'
What We Can Learn from Sports Analytics
More Webcasts
White Papers
IDC Workbook: Best Practices for Cloud Security
The Insecure State of Microsoft Teams Security
More White Papers
Reports
2021 Top Enterprise IT Trends
IDC FutureScape: Worldwide Digital Transformation Predictions
More Reports

10 IT Trends to Watch for in 2021 Cynthia Harvey, Freelance Journalist, InformationWeek,  12/22/2020
White Papers
5 Steps to Zero Trust in the Data Center
Five Reasons to Protect your VPN with Multi-Factor Authentication
From MFA to Zero Trust
Passwordless: The Future of Authentication
Two-Factor Evaluation Guide