Experian DataLabs eight years ago pioneered the idea of an analytics and AI R&D shop inside a bigger company. Here's how it started at that credit reporting and scoring giant and what it is doing now.

When you are inside a big enterprise, you may see a lot of opportunities for innovation all around you. But as a leader with a set charter, you can't pursue them because you are busy running the business that you already have.

That's the place where Eric Haller found himself in 2010. As a FinTech veteran, he'd spent years on the analytics and development side of financial companies, including HNC Software (now part of FICO) and ID Analytics (which became part of Lifelock and then Symantec), and finally returning to credit reporting firm Experian as a general manager. He knew the possibilities of applying analytics and advanced analysis to data. But he felt unable to really innovate in that GM role. That's when he decided to propose a new business unit and a new role for himself to company management. 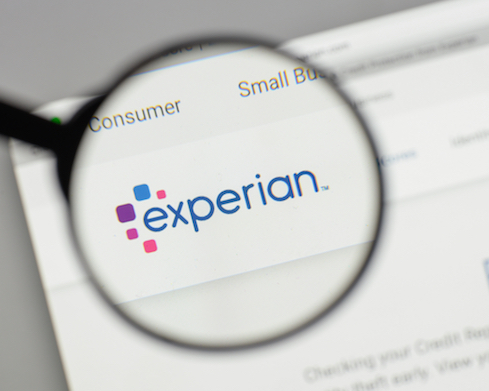 "I pitched the idea internally to create an environment to take advantage of assets we had inside the company without the constraints of revenue and profit goals," Haller told InformationWeek in an interview. Experian management granted him that charter, which was pretty unique at the time. Not many companies would consider such a thing two years after the financial meltdown that changed the way banking and finance companies operated. Nevertheless, management placed a lot of trust in Haller and his idea. The resulting organization is called Experian DataLabs, a data and analytics R&D shop inside the bigger company. Haller is executive VP and global head of Experian DataLabs (which has three locations -- San Diego, Sao Paulo, and London).

"In the end there's an expectation that what we do in the lab will be transformational," Haller said. "The business units will be accountable for those revenues, but I am not. If we don't generate the revenues that a business unit expects to achieve from this product, we won't be hurt. It does require a lot of trust, and that is not lost on me."

Although it didn't have direct revenue and profit goals -- now or when it was started -- that doesn't mean it's got a free pass to be some wild science project, exploring data with no real payoff. Haller said the organization's initial projects were 100% client focused. Experian clients include companies that need to extend credit to consumers and businesses, so they need to calculate credit risks. Helping with that was a strong focus. 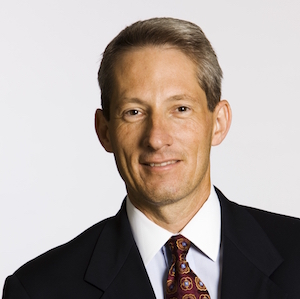 "We called it applied research," he said. "We weren't coming up with new AI." Instead, Haller's DataLabs organization focused on fast adoption of the technology already out there and applying that technology to products they already had.

"Data is the lifeblood of our business," he said. "It drives all our businesses. We work with the largest companies in the world. They are trying to find out how they can maximize the value of their data."

One of the ways Experian's DataLabs did that during those early days was to create a sandbox that allowed Experian to combine its data with a client's data and apply artificial intelligence to the combined data to squeeze out that extra value.

Haller said DataLabs was an early adopter of Hadoop in the enterprise, which "8 years ago was amazingly cutting edge." Back then that Hadoop infrastructure was a differentiator because of the huge amounts of data that Experian DataLabs could store and analyze. The organization was running 100% of that on-premises until about 18 months ago. Since then it's added some hybrid environments to the mix where it makes sense. A lot of that has been led by evolving client preferences -- on-premises felt much more secure eight years ago, but these days many clients have some data stored in AWS.

Among the products enabled by this applied research was a credit risk score called the Extended View that used non-traditional data to help figure out the credit risk for people and small businesses that hadn't established a credit history. DataLabs is also paying close attention to providing transparency into the AI black box to ensure that algorithms operate fairly and without prejudice, Haller said.

Experian DataLabs still offers that data-combination-plus-AI service to its clients today, but the ability to accommodate those huge volumes of data is no longer the differentiator that it was in 2010.

Now the company is putting much more of its efforts into how it designs the customer experience. The increased attention to that element seems to be paying off.

Haller said that over the last 12 months the products built in DataLabs have generated almost $100 million in new business for its enterprise clients.

Newer projects at DataLabs include one that makes it easier for consumers to fill out the credit application for an auto loan, or for a new mobile phone contract. Those credit applications generally have 24 to 32 fields that are required to be filled. This new technology allows the AI software to fill out some of those fields on the consumer's behalf, given the data that DataLabs already has about that consumer.

Experian DataLabs is also working on a credit application experience that joins voice and display together, leveraging voice assistant-type tools like Alexa or Siri and displays that show more traditional forms. At the same time Experian DataLabs is readying its credit analytics on the back end to be ready for these new customer interfaces.

"We can roll out a product like that tomorrow, but the world is not ready for it yet," Haller said. The trains may be built "but there's a lot of railroad tracks that need to get put in place for consumers." Experian's plan is to be ready for that moment when the time is right.

The DataLabs and Haller's team gets that kind of latitude from Experian's executives.

"It's like the big ideas need some time and they need some space to grow, and the DataLabs have done a strong job in developing a pipeline of innovation. The products we've built are generating revenues, and they can see lots of products in the pipeline."

Could other enterprises put a DataLabs kind of organization in place, too?

"Yes," Haller said, "But they really are hard to pull off. I've had my dark times, too."

The first three years were the toughest, and challenges included talent recruitment and retention, building things and getting them over to the business side and then scaling them, and prioritizing projects, among others.

Read about more executives innovating with AI and analytics here:

AI to Help You Navigate the Workday

Jessica Davis is a Senior Editor at InformationWeek. She covers enterprise IT leadership, careers, artificial intelligence, data and analytics, and enterprise software. She has spent a career covering the intersection of business and technology. Follow her on twitter: ... View Full Bio
We welcome your comments on this topic on our social media channels, or [contact us directly] with questions about the site.
Comment  |
Email This  |
Print  |
RSS
More Insights
Webcasts
Hybrid Cloud: The Great Balancing Act
Nip Ransomware in the FUD: Detecting Attacks Pre-Encryption
More Webcasts
White Papers
iPaaS Intrigue: A Faster Path to Digital Transformation
How Secure Are Your Endpoints?
More White Papers
Reports
The Malware Threat Landscape
Special Report: Edge Computing: An IT Platform for the New Enterprise
More Reports