In an early demonstration that raised visibility of what AI can do, IBM's Watson famously beat human Jeopardy super champion Ken Jennings and another player all the way back in 2011. But what about the rest of IBM's software? While IBM had Watson out in front demonstrating the power of AI, that didn't necessarily mean the rest of the company's software was infused with artificial intelligence back then.

But eight years is a long time in the technology industry. Today, IBM is announcing that Db2 version 11.5 will now include a number of new features that bring its database management system (DBMS) into the age of artificial intelligence. IBM is not alone among database vendors in putting an emphasis on AI, according to Gartner analyst and VP Merv Adrian.

"Every DBMS vendor is rushing to talk about how they support AI and machine learning for a very good reason: it’s all about the data -- its breadth, its quality, and the performance of the vehicle that delivers it to the engines used," Adrian told InformationWeek. 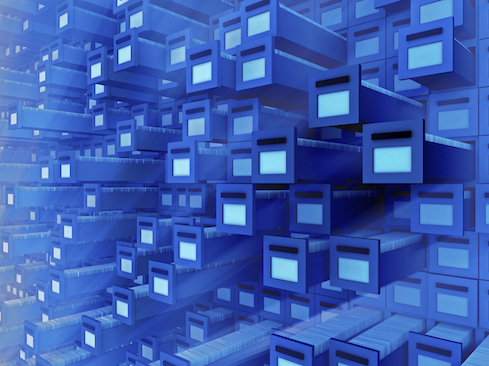 For instance, last summer Oracle announced availability of Oracle Autonomous Database, which incorporates machine learning into database administration and maintenance. That need to incorporate AI extends beyond databases to the applications that rely on them, too. ERP giant SAP also added more AI to its enterprise software earlier this year.

"IBM has been a leader in developing some of the technologies in these new areas in recent years, especially with Watson," Adrian said

Yet there is a great deal of new competition in the database market. IBM is going up against traditional competitors such as Oracle, and also up against newer market entries such as AWS and other cloud database providers.

A Gartner Magic Quadrant report for Operational Database Management Systems released in October 2018 notes that three vendors -- IBM, Microsoft, and Oracle -- accounted for 84% of the DBMS revenue in 2011. Today, those three vendors account for 71% of the market revenue, and only Microsoft has outpaced the market's growth, with 18% of the market. Cloud adoption is transforming the market, according to Gartner, with 73% of DBMS growth attributable to two vendors: AWS and Microsoft.

"IBM's recent results have not been encouraging," Adrian said. "It lost the No. 3 position in DBMS revenue this year to Amazon. It's adoption for new projects has lagged."

But the addition of AI to IBM's Db2 is a positive step and may help the company's database compete in this new era.

The new version of Db2 will include support for drivers of open source programming languages frequently used in machine learning, such as Go, Ruby, Python, PHP, Java, Node.js, and Sequelize. DB2 is also getting the Augmented Data Explorer, a natural language querying feature that lets users more easily query the database. Query results are delivered as data visualizations and summaries written in natural language, according to IBM.

Will this be enough to retain Db2's installed base or even gain against the growing competition?

"This is one place IBM’s expertise might align with growing demand," Adrian said. "It could be a positive step, but a lot will depend on how effectively the company communicates and sells its value to buyers less interested with 'legacy' DBMS vendors than ever before."

Read these articles to learn more about AI in the enterprise:

Data Science: A Guide to Careers and Team Building

Jessica Davis has spent a career covering the intersection of business and technology at titles including IDG's Infoworld, Ziff Davis Enterprise's eWeek and Channel Insider, and Penton Technology's MSPmentor. She's passionate about the practical use of business intelligence, ... View Full Bio
We welcome your comments on this topic on our social media channels, or [contact us directly] with questions about the site.
Comment  |
Email This  |
Print  |
RSS
More Insights
Webcasts
The Failures of Static DLP and How to Protect Against Tomorrow's Email Breaches
Protecting Your Enterprise's Intellectual Property
More Webcasts
White Papers
2020 Cybersecurity Report Card
The Dark Side of SD-WAN
More White Papers
Reports
Special Report: Edge Computing: An IT Platform for the New Enterprise
2020 State of DevOps Report
More Reports

10 IT Trends to Watch for in 2021 Cynthia Harvey, Freelance Journalist, InformationWeek,  12/22/2020
White Papers
Centralized Security Policy Management Across Hybrid Cloud Environments Should be an Obvious Strategy
The Value of Threat Intelligence
The Dark Side of SD-WAN
Top Threats to Cloud Computing: The Egregious 11
2020 SANS Enterprise Cloud Incident Response Survey