Panacea or Alchemy the Truth About AI - InformationWeek

Is artificial intelligence a date with the devil or natural evolution?

Rarely has there been so much controversy about the current impact and future implications of a technology as there is now with artificial intelligence. Maybe a Council of Cardinals had such debates when Gutenberg invented the printing press in the 15th century. The AI debates have taken an unusual turn of late, questioning the very foundation of the technology. This has led to recent articles in Science and The Guardian describing AI as alchemy or an exercise in magical thinking.

Machine learning and its several variants, including deep learning and neural networks, are the leading forms of AI implementation today and are now being questioned. On one end of the new debate are those who stake the position that machine learning is little more than alchemy. Ali Rahimi, an AI researcher at Google, points out that researchers do not know why some algorithms work and others don't, and makes the case that greater rigor is required to establish a scientific foundation for machine learning. Similarly, an MIT Technology Review story notes that “by its nature, deep learning is a particularly dark black box,” the functions of its algorithms opaque to even those who create them.

In the Guardian article, John Naughton states that “both fields worked to a certain extent – alchemists discovered metallurgy and glass-making; machine learning researchers have built machines that can beat human Go champions and identify objects from pictures.” Naughton goes further to make the charge that machine learning is magical thinking, that if we cannot explain just how it works it must then be magic.

Then there are the headline grabbing predictions from Elon Musk that development of AI portends the End Times by “summoning the demon.” World renowned physicist Stephen Hawking was more balanced in his view in comments shortly before he passed away but portentous nonetheless when he said, “Success in creating effective AI could be the biggest event in the history of our civilization. Or the worst. We just don't know. So, we cannot know if we will be infinitely helped by AI, or ignored by it and side-lined, or conceivably destroyed by it.”

Representing the other end of the debate spectrum is Google CEO Sundar Pichai who said at the 2018 World Economic Forum gathering in Davos: “AI is probably the most important thing humanity has ever worked on. I think of it as something more profound than electricity or fire.” Philosopher Jason Silva says that AI will change our scope of possibilities in ways we are only starting to glimpse and will lead to a merging between man and machine. Satya Nadella, CEO at Microsoft, recently said that AI is the "defining technology of our times."

Both Silva and Wired co-founder Kevin Kelly have argued that technology, and by extension AI, is a projection of the human mind. Their argument is that technology stems organically, authentically, and follows patterns found in man and nature, not only on earth but arguably throughout the universe. It is a means by which humans gain control over their environment both for safety but also for advantage. Arguments have been made that the technology we create is also changing how we think, but it could be that this is simply a natural biological engine of human evolution.

It is true that data scientists often cannot explain how and by extension why their AI algorithms work. For example, the Science article highlights an example from a paper authored by Rahimi noting that when researchers stripped most of the complexity from a state-of-the-art language translation algorithm, it actually translated from English to German or French better and more efficiently, highlighting how its creators didn’t know which parts of the algorithm were doing what. An article in Quartz captures recommendations from a paper authored by data scientists at Alphabet. They include several steps focused on improved understanding of algorithm behavior. That is important for the credibility of machine learning and the incremental progression of science.

AI may still be an experimental science, but it is based on the same foundation as other technology, the human mind. Scientists continue to study the brain for many reasons, including to gain a better understanding of human thought processes. This is part of science, to collect data, apply rigorous experiments, gain knowledge, enable reproducible results, and then to build upon those. In the same way, it is incumbent for data scientists to press forward to better explain the workings of their machine learning algorithms.

Even with the alchemical concerns, the results of these algorithms are already impressive across a broad expanse of applications, from more accurate medical diagnostic tools and personalized drug treatment to boosting the amount of information carried over fiber-optic telecommunication networks, spotting fraud in expense reports, offering empirical proof that fibromyalgia is a real disease, improving education and even helping with methods to identify potential school shooters.

The difference between AI and alchemy is that one provides many diverse and immediate benefits while the other doesn’t. That we cannot fully understand how a multi-layer neural network fully works is perhaps not surprising as we humans cannot always truly explain our own thought processes either. If we cannot explain the leaps of logic and intuition that sometimes lead to breakthroughs, does that make them akin to alchemy or magical thinking? Instead we refer to these sudden phenomena as unexpected illumination, enlightenment, insight and genius.

Machine learning is an extension of the human mind where we don’t always fully understand how it works but the results are often astonishing. Some, such as Michelle Thaller, astronomer and Assistant Director for Science Communication at NASA, speculate that our species is about to take an evolutionary step as we start to merge with AI. Evolutionary step of not, AI paves the way for a better future. While AI may look like alchemy to some, it increasingly offers the promise of a panacea - turning data into gold. 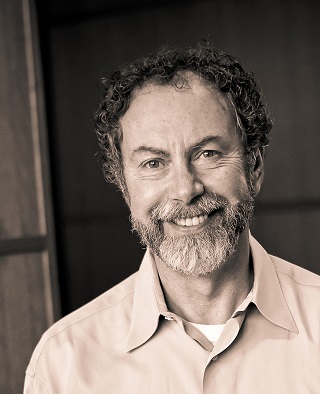 The InformationWeek community brings together IT practitioners and industry experts with IT advice, education, and opinions. We strive to highlight technology executives and subject matter experts and use their knowledge and experiences to help our audience of IT ... View Full Bio
We welcome your comments on this topic on our social media channels, or [contact us directly] with questions about the site.
Comment  |
Email This  |
Print  |
RSS
More Insights
Webcasts
Building Asset Management into Your Enterprise Security Strategy
Take DevOps to the Next Level
More Webcasts
White Papers
Zero Trust Evaluation Guide
The Five Major Security Pitfalls of WFH and How to Solve Them
More White Papers
Reports
Immuta Data Engineering Survey: 2021 Impact Report
The State of DevSecOps Report
More Reports