Consumer-facing enterprises discuss how they use AI and algorithms at scale to address their problem-solving needs.

Clearing the hurdle of introducing AI to the enterprise is just the start for organizations that want to pursue deeply transformative strategies. The next steps include sorting out how to put AI to work in ways that are relevant to the size and scope of the business and the challenges it faces. On Wednesday, Fractal Analytics hosted its ai.nyc conference at One World Trade Center in New York to offer insights on maximizing business outcomes by leveraging AI.

The daylong event included a panel on using AI at scale for the enterprise with Chris Jasensky, area IT director and vice president for North America at RB Health (part of Reckitt Benckiser Group) and Rambabu Vallabhajosula, senior vice president of pricing for Priceline.com. David Yeo, client partner for Fractal Analytics, moderated the discussion.

Vallabhajosula said the use of decision-making code at Priceline evolved from its early days and led to looking for better ways to develop software in dynamic ways. “All of the sudden you could develop applications, and the behavior of applications could change depending on the configuration,” he said. 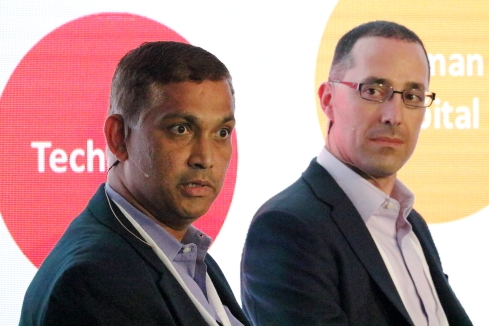 Rambabu Vallabhajosula of Priceline and Chris Jasensky of RB Health

In the last four to five years, Vallabhajosula said, Priceline has been augmenting its rules-based systems with AI. For instance, the company had a rules-based engine for fraud that was replaced with machine learning as a service that was not built inhouse. As the company approached different circumstances it wanted to address through automation, Priceline’s primary concern was to see if it had the data to solve the problem and sort out how it could proceed to the next steps, he said.

For cases such as catching fraud, the company may want access to more data than it currently has, Vallabhajosula said. If there is a stolen credit card, the company may want to know if it has been used on any other websites. Since Priceline does not have direct access to such information, he said it relies on external providers for that data as a service. Even when Priceline does have data inhouse, the debate becomes whether that data is organized in ways that are actionable. “In certain cases, it’s in blobs and nobody can understand what it is,” Vallabhajosula said. “You need to teach a machine to understand that.”

Priceline’s journey from using rules-based engines through ML as a service taught the organization a valuable lesson, he said. “You cannot give entire control to the machine. We have been burned multiple times when we did.” The machine can do most of the work, yet there may be exceptional scenarios where the rules-based engine may override the machine, Vallabhajosula said.

He suggested carefully choosing how and where AI is applied within the enterprise. Making AI part of the solution for significant business challenges can go along way toward getting most of the organization onboard. “Pick a problem that is meaningful,” Vallabhajosula said. “Do not pick a small problem to solve if you’re entertaining using AI.” 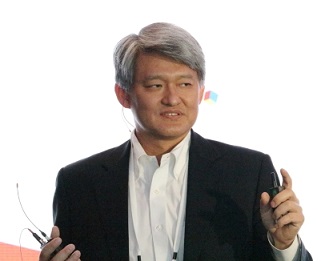 Why AI makes sense for the enterprise

Tackling major challenges with AI can especially make sense for a company such as RB Health, which Jasensky said built up substantial legacy over its collective history. RB  Health was formed out of the merger of Reckitt & Colman and Benckiser in 1999, but its roots can be traced back some 200 years. The company owns many household health and hygiene brands such as Lysol, Mucinex, and Air Wick. “We have a lot of data and that amount of data is growing exponentially,” Jasensky said.

One of RB Health’s objectives, he said, is to find ways with AI to complement people within the organization to help them analyze and process ever-growing datasets. “It’s important to go after big ideas that you can get alignment on cross-functionally,” he said. As new capabilities are deployed within an organization, Jasensky said it is important to follow steps to get the data right, get the process right, and then attack the problem with AI. “This is where we are starting to evolve,” he said. “What are the skillsets that we need to drive these models?”

Pick a pace for transformation

As DevOps and business integration advance in these projects, a decision must be made on speed versus scale, Jasensky said. This is particularly true as the organization identifies what it wants to excel at and where to put its talent. Even if an organization launches a successful proof of concept, he said there could be a realization that the enterprise does not have the right personnel, or enough of it, in the right place to scale up that pilot.

Training and upskilling the staff are major parts of getting the right talent in place to scale up projects, Jasensky said. He also thinks there is a need for AI coaches. He described it as a circumstance where people who are well versed at applying knowledge and people who are good at technical aspects have a coach in the middle who focuses on bringing applications to market.

“It’s important as we bring a team together that we build a set of AI coaches who are able to work closely with the business,” Jasensky said. This especially is true when algorithms, statistical regressions, and machine learning are put into play, which can lead to problems of overfitting, data privacy, and other elements that need to be watched for. “AI coaches have the mindset to look out for those things and are able to coach the business as well on how to use the data,” he said.

Bringing stakeholders in an enterprise together to embrace AI to solve problems is vital to making such projects successful -- and cementing the usefulness of AI at scale. Vallabhajosula said by publishing key performance indicators connected to solving a problem shows stakeholders what they are trying to improve and what the common goal is. “In our case, it is the number of units sold or net incremental bookings made,” he said. “It’s a very simple to understand metric and you make it part of quarterly goals.” Jasensky echoed that sentiment: “It is important that what people are measured on is directly tied not necessarily to the project but the outcome of it,” he said.

Joao-Pierre S. Ruth has spent his career immersed in business and technology journalism first covering local industries in New Jersey, later as the New York editor for Xconomy delving into the city's tech startup community, and then as a freelancer for such outlets as ... View Full Bio
We welcome your comments on this topic on our social media channels, or [contact us directly] with questions about the site.
Comment  |
Email This  |
Print  |
RSS
More Insights
Webcasts
Building Asset Management into Your Enterprise Security Strategy
Data Center Network Operations (NetOps) Reimagined
More Webcasts
White Papers
Gartner: Hype Cycle for Security Operations
The Five Major Security Pitfalls of WFH and How to Solve Them
More White Papers
Reports
2021 Application Security Statistics Report Vol.2
Building the SOC of the Future
More Reports