Much of the advice provided to automakers in a new McKinsey report has as its unspoken theme some level of information technology, including software development, data collection and analysis, and Internet of Things connectivity. In fact, the report said, software competence is becoming one of the most important differentiating factors for the auto industry, according to the report.

How automakers manufacture and sell cars has been pretty much the same for the past hundred years. That is about to change, according to a McKinsey & Co. report released today, and information technology -- particularly data collection and analytics -- will play a major role.

According to the report "Automotive Revolution -- Perspective Towards 2030," software competence is becoming one of the most important differentiating factors for the industry in areas including automobile safety systems, Internet connectivity, and infotainment. "As cars are increasingly integrated into the connected world, automakers will have no choice but to participate in the new mobility ecosystems that emerge as a result of technological and consumer trends," the McKinsey report said.

By 2030, one in ten cars sold will be a "shared vehicle," available on demand and not owned by an individual. That is one of several forecasts made in the report, which provides plenty to consider, since automobiles play a big role at CES 2016 in Las Vegas this week and new car models will appear at the North American Auto Show in Detroit, January 11-24.

Private car ownership is declining in the US, where only 71% of 16- to 24-year-olds held a driver license in 2013, compared with 76% in 2000, according to the report. Meanwhile, in the past five years, membership in car sharing services has increased 30% in the US and Germany, according to McKinsey.

This shift to shared vehicles will create new revenue streams for automakers.

In its most progressive scenario, the McKinsey report said autonomous vehicles could make up 15% of passenger vehicles sold worldwide 2030. However, a number of technological and regulatory hurdles would need to be overcome for that to happen. On the other hand, vehicles that rely on hybrid, plug-in, electric batteries, or fuel cells (which McKinsey refers to collectively as "electrified vehicles") could see a more aggressive adoption rate in the next 15 years, driven by strict emission regulations, reduced battery costs, a widely available charging infrastructure, and increasing consumer acceptance, according to the report. By 2030, electrified vehicles could account for 10%-50% of all new vehicle sales worldwide, according to McKinsey.

These various scenarios mean big change for how automotive companies operate. For example, according to the McKinsey report, "Car manufacturers need to further differentiate their products/services and change their value proposition from traditional car sales and maintenance to integrated mobility services. This will put them in a stronger position to retain a share of the globally growing automotive revenue and profit pool, including new business models ranging from online sales to mobility services, and cross-fertilizing the opportunities between the core automotive business and new mobility business models." 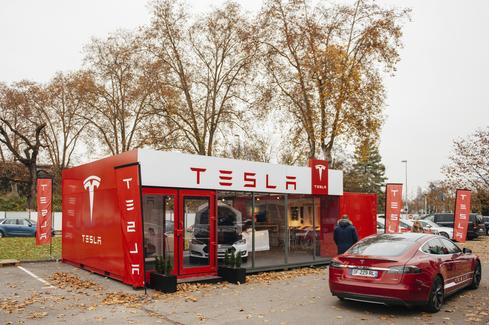 These findings are general, but inexorable, noted Hans-Werner Kaas, senior partner at McKinsey and leader of the automotive practice, in an interview with InformationWeek. While the numbers cannot be stated with precision, these trends will occur, he explained.

The onus is on car companies to navigate through these changes and remain competitive. "It is better to disrupt yourself than to be disrupted by others," Kaas said.

Automakers have to view their product lines as a collection of new technology features and services, Kaas said. "Adjusting the product and service portfolio is critical."

Much of the advice provided to automakers in the McKinsey report has, as its unspoken theme, some level of IT, including software development, data collection and analysis, and Internet of Things connectivity.

For example, data analysis, predictive analytics, and business intelligence will be required for automakers to deliver on the sophisticated degree of scenario planning and agility that McKinsey said automakers will need to identify and scale new attractive business models. "Success in 2030 will require automotive players to shift to a continuous process of anticipating new market trends, exploring alternatives and complements to the traditional business model, while exploring new mobility business models and their economical and consumer viability," the report said.

To gain understanding of what models will succeed, companies will need to survey customers, but remain cautious about their findings. Customers don't have a perfect understanding of the market, so they may not be able to provide useful insights, Kaas said. However, consumers "have pain points and unmet needs," and understanding these may offer guidance as to what kinds of products and services automakers should craft.

Car companies will have to change their corporate cultures to become more adaptive. They have to become technology incubators, developing and protecting new technology from the veto of office politics, yet be ready to scale innovation up to production levels should it prove viable, Kaas said. That will also require companies to attract new hires with different skill sets, and nurture that talent to produce new breakthroughs.

"Drive transformational change" is a familiar phrase for many in IT, but McKinsey has identified this as a crucial skill for the automotive industry. "With innovation and product value increasingly defined by software, OEMs need to align their skills and processes to address new challenges like software-enabled consumer value definition, cyber security, data privacy, and continuous product updates."

An "ecosystem" approach to business, so familiar to tech companies, will become necessary for automakers in the future. "To succeed, automotive manufacturers, suppliers, and service providers need to form alliances or participate in ecosystems, for example, around infrastructure for autonomous and electrified vehicles," according to the report.

While collaboration is key, consolidation is not in the cards, Kaas said. "There was talk about consolidation starting in the early 1990s," he noted. "It has not happened yet." While Nissan and Renault merged, and Chrysler did the same with Fiat, the world's other automotive giants have remained pretty much the same, despite the disappearance of a few brands, including Pontiac, Oldsmobile, Plymouth, and Hummer. "Few brands vanished because they had no sales left."

New entrants into the car market are coming from the IT sector. According to the McKinsey report: "While Tesla, Google, and Apple currently generate significant interest, we believe that they represent just the tip of the iceberg. Many more new players are likely to enter the market, especially cash-rich high-tech companies and start-ups. These new entrants from outside the industry are also wielding more influence with consumers and regulators."

Also expect to see incremental change, albeit on a broad scale. There will continue to be incremental improvements in lithium ion battery technology, but no breakthrough in battery chemistry to make electric cars more than they are today, Kaas noted. Automakers will continue to offer better feature sets inside the same price brackets. Also expect new technology to enter the market as US automakers conform to new federal mileage requirements -- 35 mpg by 2020 and 50 mpg by 2025. Kaas could not say who would absorb any possible price increase -- consumers or car manufacturers. "We need to see that play out,."

Likewise, state governments will also need to change how they regulate car usage given the advent of new technology, like driverless cars. "For any regulation (to work), you should not favor a certain technology," Kaas said. "You need to reward certain outcomes."

The success of Tesla has made it clear to everyone that automotive companies don't hold a prestige postion in their own industry anymore. New and more nimble players will be able to come in a disrupt the industry. We're already seeing this with Apple and Google getting involved, and we'll see it even more with upstarts entering the fray soon.
Reply  |  Post Message  |  Messages List  |  Start a Board
Editors' Choice
Hot Topics