Appliance maker Whirlpool suspected there was a correlation between student attendance and access to clean clothes. Here's the story of how the company placed washers and dryers in schools and tracked the difference it made in student performance. 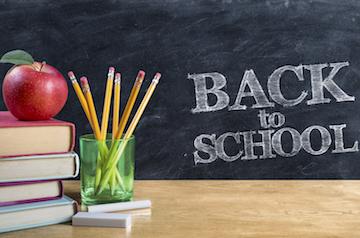 Back-to-school season is upon us. Many students will resume their studies in August, and some may need extra help of one form or another to make the academic year a success.

School success begins with student attendance. Absent students can't learn that day's lesson, and those students are most likely fall behind in their work. While some absences are unavoidable, there are times when what holds students back is just not having clean clothes to wear, according to appliance maker Whirlpool. The company has created a program called Whirlpool Care Counts to put washers and dryers in schools to help address the issue of absenteeism due to lack of clean clothes and is now collecting data on how these in-school appliances impact student attendance.

In setting up the program Whirlpool asked teachers about absenteeism. More than half of teachers expressed concern about it and said that a lack of clean clothes is one reason why some students miss school. Certainly, a laundry service could solve that problem. But how would it be set up?

Whirlpool sought information from schools about how to set up a pilot program to do that. The schools identified which students needed the service and then tracked their laundry loads. The loads totaled about 50 per student over the course school year. Whirlpool correlated laundry loads with individual student performance, comparing that performance to the previous year's performance, before the appliances were put in place. Whirlpool anonymized the data.

By the end of the first year, the machines had provided approximately 2,000 loads of laundry for the students who needed them. "After examining the correlation between student attendance and loads of laundry washed and dried, over 90% of tracked students in the program improved their attendance, averaging 6.1 more days in school than the previous year," according to Whirlpool. Whirlpool said that students identified as "most at-risk," showed even greater improvement -- close to 10 more days in school than the year before.

The pilot program served 17 schools in two school districts during that first year, according to Today Parents. David Weir Preparatory Academy near San Francisco is a middle school that was part of that pilot. Many students at the school don't have a lot of money. Indeed, 94% of students live in a household whose income is low enough to qualify for subsidized lunch programs, according to the Today report.

In May 2017, Whirlpool announced further expansion plans for the 2017-2018 school year, the program would expand farther to nearly 60 schools around the country and four more regions with the help of Teach for America. Whirlpool and Teach For America will select 20 schools in Los Angeles, Chicago, Atlanta, and New Orleans that will receive washers and dryers this summer in time for the next school year.

That's good news for the students at these schools and for all of us who care about making using data for good. Here's where data is gathered not just to identify problems but to see the impact of the solution at work.

We welcome your comments on this topic on our social media channels, or [contact us directly] with questions about the site.
Comment  |
Email This  |
Print  |
RSS
More Insights
Webcasts
Zero Trust for a Work-From Home World
People Are The Most Important Part of Autonomous SOC
More Webcasts
White Papers
Sunburst: Impact and Timeline
Enabling Enterprise Resiliency Through Cyberthreat Detection
More White Papers
Reports
Are We Cyber-Resilient? The Key Question Every Organization Must Answer
The State of DevSecOps Report
More Reports