Analytics Programs: Why They Fail, and How to Succeed - InformationWeek

What's to blame for the failure of some analytics programs, and how can organizations increase their rate of success? Here's a closer look.

Each conference I attend seems to take on a theme. I attribute some of it to the talks I present and how that inspires others to ask me questions about the topic. At the most recent SAS Analytics Experience event, I presented a table talk about what causes analytics programs to fail. [editor's note: SAS is the sponsor of this website.] Generally, when an analytics program starts to fail, part of the problem centers around the leadership team, but the culture can also contribute to the failure.

Usually the main factor is leadership team. You might think that if we all agree in a meeting on a strategy, what else is there to do but implement and get on with work? One of my former colleagues tells a very funny story about how she met her husband. Back in the 1970s, her acting vice president wanted a project from another department stopped. For over six months she was on a secret assignment! She used several maneuvers, such as questioning each decision, dragging her feet on tasks, and so on, to inhibit progress. Eventually the project did fail. She attributed it to a poor concept rather than her ingenious strategies. But her second happy ending was that a fellow team member found her thoroughness so attractive he married her!

I had forgotten about this story until I was talking to an older gentleman at the conference. Years before, he was leading an effort to turn the company into a data-driven entity. He shook his head noting the entire experience was full of political land mines and sometimes meetings were nothing short of trench warfare. Some members of the leadership team did not fully support the program and worked to undermine him. The eventual resolution was that those leaders either left the company or were asked to leave. The analytics program could move forward and is successful today. (It's not clear if anyone met their mate.) 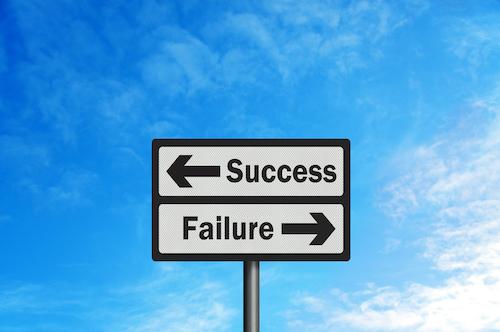 Change is Hard for Organizations

It's not always clear why resistance occurs. In the above scenario, it could have been the culture pushing back on the change. Perhaps the leaders had spent several years building an empire and felt the change threatened their positions or livelihood. Maybe the leaders trust their actual life experience more than what the numbers report. Perhaps they think money on analytics programs could be better spent elsewhere.

Maybe the organizational culture is not able to change easily. This Forbes article notes that 45% of employees generally prefer the status quo. How do you encourage an organization to move forward when half of them like the way things are? Another gentleman at the conference said he believed the resistance to analytics may come from the poor understanding of statistics or how analytics helps organizations. Sometimes people don't like to admit a lack of knowledge. Certainly, statistics has a reputation for being difficult to understand and even being accused of being damned lies on occasion. What may be apparent to some, is mysterious to others. He suggested training to assist with level-setting for the leadership team.

What's clear to me is that change requires carefully planning. Each organization is different. Some can more readily adopt to change while others require years to change. Teams must be prepared to deal with resistance in its many forms to help the organization move forward.

We welcome your comments on this topic on our social media channels, or [contact us directly] with questions about the site.
Comment  |
Email This  |
Print  |
RSS
More Insights
Webcasts
How Elite Analyst Teams are Transforming Security with Cyber Reconnaissance
5 Steps to Solving Modern Scalability Problems
More Webcasts
White Papers
Two-Factor Evaluation Guide
Cloud Connectivity -- Your Guide to the Network
More White Papers
Reports
The ROI Of SD-WAN: Not Just A Numbers Game
Special Report: Understanding Your Cyber Attackers
More Reports