Following other AI and facial recognition acquisitions during the last few months, Apple has now snapped up Emotient, a San Diego-based startup that specializes in face-based emotional analysis.

Apple has acquired San Diego-based startup Emotient, which specializes in emotion recognition products, according to a Jan. 7 report in The Wall Street Journal.

When contacted by The Journal, an Apple spokeswoman replied with the company's typical non-response response, saying the tech giant "buys smaller technology companies from time to time, and we generally do not discuss our purpose or plans."

The Apple spokeswoman also declined on elaborate on the deal or what Apple's future plans for Emotient might be.

However, this Apple acquisition does fit in with several other moves the company has made in the last several months that point to a larger strategy that will bring more artificial intelligence into everyday life.

In November, Apple quietly bought Faceshift, a specialist in facial recognition and rendering technology, which fits in with the Emotient deal. Earlier, in October, Apple acquired Perceptio, which has developed deep learning and AI capabilities, which could be added to Siri. 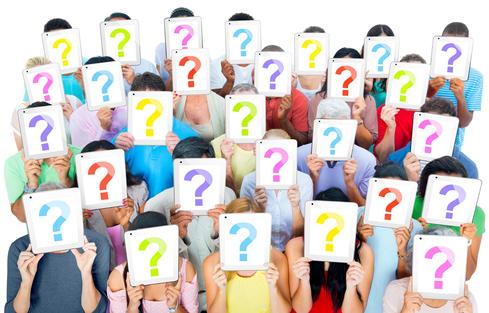 In addition to wide smiles and angry nostril flares, the company's flagship service, Emotient Analytics, detects "microexpressions" like flashes of disgust or contempt.

By mining large datasets of facial expressions, it can find patterns and sometimes even predict the way people will react to given stimuli. The technology is able to discern whether a crowd or individual is feeling fear, contempt, disgust, joy, anger, surprise, or sadness at a particular moment.

Emotient's Key Performance Indicators (KPIs) include attention, which can help determine whether advertising or products are getting noticed; engagement, which tracks how, or if, people are responding emotionally; and sentiment, which tracks positive and negative feelings, or the absence of emotion.

The company was founded in 2012 by a team of six PhDs from UC San Diego. The company has about 50 current employees, according to its LinkedIn profile.

"Uses for emotion recognition and analysis are as varied and expansive as the imagination of our customers," according to Emotient's website, which is still active. "Wherever there are cameras there can be video analysis of expressions, and an opportunity to learn about the customer's state of mind as they emotionally respond to marketing, product and service experiences."

In September, the US Patent and Trademark Office awarded a patent to Emotient's method of analyzing facial expressions while also disabling and discarding personally identifiable information like images of individual faces, a process the company called "a major step" towards protecting individual privacy and identity in the emotion and sentiment analytics space.

With the addition of this feature, the patented technology immediately makes facial identity unrecognizable before any other processing, thus deterring any outside or third-party use of the face or related metadata.

"We do not want to recognize who is watching. All we care about is what they are watching and how they feel about it," Javier Movellan, a cofounder of Emotient and one of the patent's authors, wrote in a statement at the time. "Our goal is to provide avenues for people to express their feelings about content in an anonymous, effortless, and scalable manner, because there is enormous value to how people respond to what they're watching."

Despite the strides in security made by the company, in August Emotient put its technology to the test on some very public faces, analyzing Republican presidential candidates for sentiment during the first primary debate.

Donald Trump predominantly conveyed "anger" while on camera, while Ted Cruz's visage almost exclusively expressed "sadness" on air, and Marco Rubio displayed an even blend of "neutral," "surprise," and "joy."

Nathan Eddy is a freelance writer for InformationWeek. He has written for Popular Mechanics, Sales & Marketing Management Magazine, FierceMarkets, and CRN, among others. In 2012 he made his first documentary film, The Absent Column. He currently lives in Berlin. View Full Bio
We welcome your comments on this topic on our social media channels, or [contact us directly] with questions about the site.
Comment  |
Email This  |
Print  |
RSS
More Insights
Webcasts
Unifying Your Endpoint Security Strategy
Using Cyber Underground & Blockchain Intel to Stop Cyber Attacks
More Webcasts
White Papers
Ransomware, the Exploding Cyber Threat
Privileged Account Management for Dummies
More White Papers
Reports
Proven Success Factors for Endpoint Security
State of the Intelligent Information Management Industry in 2021
More Reports