The data-driven car is coming -- whether you like it or not.

Lane-departure warnings, blind spot detection, auto-braking, and self-parking: These are a few examples of emerging safety features designed to make driving safer. Sorry, humans, but the message here is clear: The best way to make makes roads safer is to supplement, and eventually bypass, the weakest link in every vehicle's crash-avoidance system -- the easily-distracted, irrational, and sometimes dangerous human driver.

Google's self-driving car project, in which a Toyota Prius is modded with a remote-sensing Lidar (laser radar) system, is probably the best-known example of driverless technology, but automakers are working on their own fully and semi-autonomous rides as well. Nissan Motor, for instance, has announced plans to introduce "multiple, commercially-viable Autonomous Drive vehicles" within six years.

Great. The autonomous vehicle is almost ready. But are drivers eager to accept cars and trucks that take away their control, even if it means a safer journey?

"The difficulty is whether we accept it or not, " said Grace Wang, associate professor at the New Jersey Institute of Technology (NJIT), in a phone interview with InformationWeek.

[What about hackers and other security threats? Read Internet Of Things Meets Cars: Security Threats Ahead.]

The technology behind driverless cars has advanced to the point where we'll certainly see them on the road within a decade, said Wang. Even if drivers don't embrace fully autonomous vehicles, they're likely to accept other aspects of smart highways and connected cars, including projects that INVENT is currently developing.

A roadside sensor network, for instance, could detect deer crossing a dark highway and immediately send an alert to an approaching vehicle -- a boon to drivers in rural, wooded areas. On the energy-saving front, street lamps could automatically switch off in areas with no nighttime traffic, and turn on only when road sensors detect a vehicle getting closer.

Here's where the big data angle comes in: The smart car of the near future is essentially part of a gigantic data-collection engine. "Such vehicles have embedded computers, GPS receivers, short-range wireless network interfaces, and potentially access to in-car sensors and the Internet. Furthermore, they can interact with roadside wireless sensor networks on roads where these networks are deployed," according to INVENT's website. 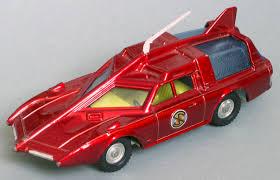 Sensor networks, of course, are essential to the success of the smart highway concept.

"A large number of sensors nodes can be deployed basically anywhere," said Wang. "Sensors are very small, so they can be used in many places, especially in areas hostile to human beings or remote to us. After sensors are deployed, they can monitor the area. They can generate data and send the data back to us through wireless communication."

The ability of vehicles to communicate with each other is another key factor in all of this. With algorithms and predictive models, data-swapping cars will be able to foresee future events as well, predicted Intel research scientist Jennifer Healey in a TED Talk last year.

By getting GPS systems, stereo cameras, short-range radios, and laser range finders (common in auto backup systems) to exchange data, a highway of "gossiping" vehicles could be a very good thing.

"In the future, with cars exchanging data with each other, we will be able to see not just three cars ahead, (but also) three cars behind, to the right and left -- all at the same time," said Healey.

Agreed, though I'm not sure taxi drivers would would approve.
Reply  |  Post Message  |  Messages List  |  Start a Board
InformationWeek Is Getting an Upgrade!