Ben Werther seems to show up in interesting places at interesting times. And wherever he goes, he brings a knack for articulating the grand vision. Such is the case today in the big data realm.

Werther was at Siebel and at Microsoft when those companies seemed to be doing everything right. He was at Greenplum from 2007 to 2010, when that company, along with Netezza, was shaking up the data warehousing world. And he had a brief stint at DataStax, the NoSQL company, where he worked on the company's product focus.

Now CEO of Platfora, Werther says his company is helping to define the new category of big data analytics. It's not a replay of business intelligence and SQL on a new platform, he insists. Big data questions and opportunities transcend silos of data and limited fact tables that weren't designed to encompass what he describes as bigger, broader questions.

Here's Werther's take on how and why companies should "connect the dots" in a more holistic way. 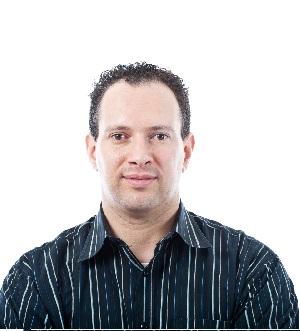 InformationWeek: Platfora has offered its analytics platform for Hadoop for about seven months and you talk about creating a new market for big data analytics. Is that really new?

Werther: We're looking at a class of big data problems that go beyond simply trying to re-create traditional business intelligence for the big data world. We're seeing again and again, at almost every company that we work with, that the capabilities that BI and SQL give them are fine, but the types of data and the types of questions that they inevitably want to get to go far beyond that.

In the old world, you'd look at sales by store and so on, but in the new world you want to look at things like clickstream behavior and how it relates to physical store activity. Companies want to do A:B testing across their products to optimize for downstream revenue, not just clicks. They're connecting the dots across the old traditional data sources and adding this new world of digital clicks, ads, and mobile and social data.

IW: A lot of people are pushing back and saying that big data is hyped. Would you agree?

Werther: There is that talk, but I think we're seeing a change in the narrative that suggests that big data is really underhyped. Big data is the largest economic opportunity of our lifetimes. The kinds of questions and capabilities that companies that do this right are going to gain are going to give them enormous competitive advantage. Within that, big data analytics -- the ability to actually derive value from these collections of raw data -- is really the hottest and most important category.

The latest numbers from Wikibon see this growing to a $7 billion industry by 2017. That's striking given that if you look at business analytics overall, it's in the $15 to $20 billion range. That's basically saying that at least one third of the business analytics market is going to get disrupted.

IW: It won't be an incremental add to the existing market -- just a $7 billion shift in the current $15 to $20 billion spend?

Werther: Nobody knows for sure, but I think we're seeing significant erosion [of the old market]. I think there's a recognition that you end up with siloed, limited answers using the old ways. Companies are trying to ask deeper questions that correlate behavior and actions across multiple domains of data -- clickstreams, mobile, social, sensors, transactions, and the rest -- to make pattern-based decisions. That's incredibly difficult for companies today.

We see this leading to two types of companies: those that run on facts that are trying to connect the dots, and the majority of companies that live with most of those classes of data that I mentioned living in silos. How does clickstream, mobile, and the rest fit the business and the boardroom decisions? It doesn't in the old world because it's viewed as niche stuff. The kind of companies that we see doing it right -- these fact-based enterprises -- include customers of ours like Disney, Netflix, The Washington Post, and Shopify.

IW: So how are these companies connecting the dots?

Werther: I can't talk about all of them, but The Washington Post is an interesting example. We got in before the Bezos acquisition, and they already had this mindset about understanding the [content] pay wall. They wanted to understand the type of content and different apps that people want to consume from different sources. They're trying to understand not just the point activities, but the patterns of behavior based on the source of the visit. They're looking at what types of content will resonate the most and translate into the kind of outcomes they're trying to achieve.

Another customer we can talk about is Edmunds.com. It was gathering data from its website, driving leads to its dealer network and trying to innovate around new products for car buying. The data went into a conventional database, and in that context they could only answer very shallow, point questions -- how many clicks, how many conversions and so on. But they couldn't do testing to try to improve the experience and product optimization. They also have Adobe Omniture [Web analytics], so they could do some path analysis, but that doesn't tell them much about what happens beyond the Web side of the operation.

Our initial activity at Edmunds.com was about supporting the transition to using Hadoop. They decided they needed to move to Hadoop because they had a lot of data they couldn't access before. They wanted to use that data and new sources to ask deeper questions.

I don't think Werther or this article is hung up on volume or the "big" in big data. The point here is that big data opportunity will NOT be unlocked by applying SQL analysis techniques. SQL has its place, but Hadoop has unleashed a variety of data analysis techniques that are about connecting the dots between disparate data sets -- not analyzing highly structured data with speed.
Reply  |  Post Message  |  Messages List  |  Start a Board
InformationWeek Is Getting an Upgrade!