Cisco Bets Big On IoT With $1.4 B Jasper Buy - InformationWeek

Cisco is acquiring Jasper Technologies, developer of an Internet of Things cloud platform, for $1.4 billion. The move further pushes Cisco toward its transformation into a software company.

Suddenly, everyone wants to be Jasper's friend. In 2014, following a connected car deal with AT&T, Jasper Wireless raised $50 million in financing, changed its name to Jasper Technologies, and began to be seen in the company of IT industry leaders more often.

Over the next two years, Jasper, which makes a platform for managing the things referred to in the term "Internet of Things" (IoT), announced partnerships with IBM, Microsoft, Salesforce, SAP, and VMware, along with assorted mobile operators around the world.

On Wednesday, the courtship of Jasper ended in the arms of Cisco, which announced its intent to acquire the company for $1.4 billion. For a firm built with a reported $200 million in funding, that's enough of a premium to shelve plans for an IPO.

Yet Cisco no longer thinks of itself as a networking company. "Cisco's leaders are telling us they're becoming a software company, so the Jasper acquisition is part of that vision," said Frank Gillett, an analyst with Forrester Research, in a phone interview.

Rowan Trollope, senior vice president and general manager at Cisco, in a phone interview said as much: "When I was hired, that was the direction John Chambers, and now Chuck Robbins, understood that the market needed to move." 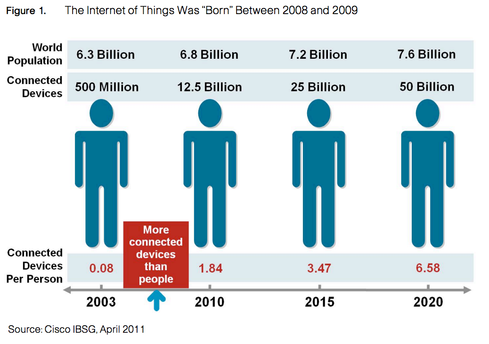 Trollope helped Cisco move its collaboration business to the cloud. "You no longer need to buy any hardware from Cisco to get our collaboration suite," he explained. "My bet is the next generation of the Internet will be driven by software."

Managing the ever expanding nodes on the Internet of Things, and all the data they produce, requires new tools, specifically software-as-a-service. That's where Jasper comes in. Jasper says its IoT service platform, Control Center, allows companies to "launch, manage, and monetize their IoT services around the world."

Jasper's focus has been on managing devices connected by cellular radios, which explains the company's relationships with mobile operators around the world.

Gillett sees Jasper's focus on cellular as a boon for security, because cellular networks are more controlled than the open Internet. "Jasper is not a security solution but security is part of its value proposition," he said.

Trollope insists that security wasn't a major focus of the deal. Beyond his contention that much of the money in IoT today revolves around mobile networks, he said that cellular networking appeals to businesses because people in operations technology can implement cellular IoT systems without requiring the IT group to make major infrastructure changes.

[Read IoT Shows Its Worth To Businesses.]

It hasn't been just talk. Last year, Cisco acquired ParStream, a company based in Germany that made an analytics database to store and process data in more or less real-time. Other security-related acquisitions, like Sourcefire in 2013, also serve to strengthen Cisco's IoT capabilities.

Gillett expressed surprise that it took so long for Jasper to be acquired and expects further deals to come. He said he considers Kore to be among the candidates for acquisition and Amazon, Dell, HP, IBM, and Microsoft to be potential buyers of IoT startups. He also observed that some of Jasper's capabilities are supported by Hewlett Packard Enterprise's (HPE) Integrated Home Subscriber Server (I-HSS), which may tempt competing IoT vendors to consider working with HPE.

Trollope concedes that the promise of IoT hasn't been realized. Pointing to the challenges he faced networking appliances in his home, he said, "That problem exists in businesses writ large. You have hundreds of legacy protocols and many competing standards. Our strategy is to build a complete portfolio to drive standardization."

Then, sounding a bit like Mark Zuckerberg, Trollope added, "My goal in life is to make all these things easy and to connect everything in the world."

Thomas Claburn has been writing about business and technology since 1996, for publications such as New Architect, PC Computing, InformationWeek, Salon, Wired, and Ziff Davis Smart Business. Before that, he worked in film and television, having earned a not particularly useful ... View Full Bio
We welcome your comments on this topic on our social media channels, or [contact us directly] with questions about the site.
Comment  |
Email This  |
Print  |
RSS
More Insights
Webcasts
Unifying Your Endpoint Security Strategy
An Enterprise Guide to Web Security
More Webcasts
White Papers
Privileged Account Management for Dummies
The 7 Step Guide to Third Party Risk Management
More White Papers
Reports
Proven Success Factors for Endpoint Security
Protection Strategies for a Cyber-Resilient Organization
More Reports

Further proof that everyone wants to be in the IoT space. It seems to be the place to be in tech now.
Reply  |  Post Message  |  Messages List  |  Start a Board
InformationWeek Is Getting an Upgrade!