Most business decision-makers aren't trained to understand data outliers, but they can learn the basics. Executives, managers, and employees without math degrees can ask smarter questions about analyses they're basing crucial judgments on. Here are some things to know. 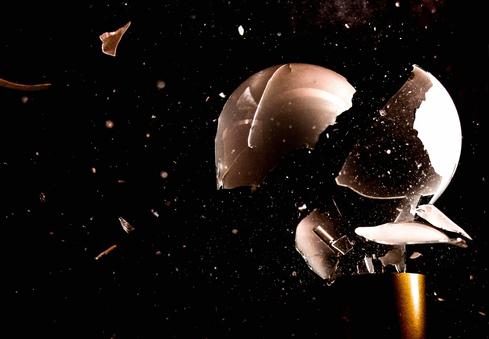 Data analytics has its own vocabulary that business decision-makers are under pressure to learn. Beware, though, because technical terms are often used loosely, sometimes to the detriment of individuals and their companies. An outlier is a good example. A lot of people are talking about outliers, but not a lot of people understand why they exist, what causes them, and what should be done with them, if anything.

"An outlier is a member of a defined dataset which has a dramatically different value than the other members of the set. It can be the result of measurement or recording errors, or the unintended and truthful outcome resulting from the set's definition," said Tom Bodenberg, chief economist and data consultant at market research firm Unity Marketing in an interview.

Outliers make their way into reported statistics every day. Sometimes their inclusion or exclusion is obvious, and sometimes it isn't. For example, in 1984 the University of Virginia reported that the average starting salary of Rhetoric and Communications graduates was $55,000. However, an outlier was skewing the analysis. The dataset included one hundred graduates with $25,000 salaries and NBA first draft pick Ralph Sampson, another graduate. His starting salary exceeded $1 million.

Outliers can pop up for different reasons. Some are caused by mistakes made by humans or machines. Others represent actual data. Most business professionals haven't considered the difference, and they have no idea what to do with them.

One tactic is to include outliers in a dataset or exclude outliers from a dataset as a matter a course, without considering the potential consequences. While it's true that the inclusion or removal of outliers may have little or no effect on an analysis, the opposite may be true.

"If you're working with data, or other people are giving you results based on data, it's useful to consider how outliers are detected and handled, and what you can learn from them," said Spencer Greenberg, mathematician and founder of decision-making tool provider ClearerThinking.org, in an interview. "Important questions to ask are, 'Were there outliers in the data? Why did they occur? What can we learn from them?' And 'How were they dealt with?'"

Some organizations analyze outliers to detect such things as fraudulent transactions, criminal activity, security breaches, and disease outbreaks. In fact, outliers can sometimes tell interesting stories that might not otherwise have been considered.

"Anyone who is trying to interpret data needs to care about outliers. It doesn't matter if the data is financial data, sociological data, medical data, or even qualitative data like a relationship. Any analysis of data or information must consider the presence and effect of outliers," said Sham Mustafa, founder and CEO of data scientist marketplace Correlation One, in an interview.

Some outliers are easy to spot. Others are more difficult. Here are a few things to consider.

Lisa Morgan is a freelance writer who covers big data and BI for InformationWeek. She has contributed articles, reports, and other types of content to various publications and sites ranging from SD Times to the Economist Intelligent Unit. Frequent areas of coverage include ... View Full Bio
We welcome your comments on this topic on our social media channels, or [contact us directly] with questions about the site.
Comment  |
Email This  |
Print  |
RSS
More Insights
Webcasts
Claim Your Free Event Pass Today - Enterprise Connect 9/27-9/29
The Death of Network Hardware Appliances and the Evolution of Cloud-Native Architectures
More Webcasts
White Papers
How to Plan for Endpoint Security Against Ever-evolving Cyberthreats
Guide to Enabling a Work from Anywhere Organization
More White Papers
Reports
Privileged Access Management Checklist
The State of Cybersecurity Incident Response
More Reports
Copyright © 2021 UBM Electronics, A UBM company, All rights reserved. Privacy Policy | Terms of Service