Dell has just launched a major overhaul of Statistica, the company's advanced analytics platform, updating the user interface, making the platform easier for a wider range of users, expanding in-database analytics to systems including Apache Hive, and adding edge analytics.

Fresh off updates that won it promotion to the Leaders quadrant in Gartner's Advanced Analytics Magic Quadrant, Dell is issuing another update to the Statistica platform. The two most recent updates address something that's been an issue for advanced analytics and big data analytics in general: making the systems accessible to users beyond the data scientists and statisticians.

Dell's latest updates to Statistica are focused on making the platform easier for other kinds of users, including business analysts, line of business experts, and "citizen data scientists." That's according to Shawn Rogers, chief research officer at the Information Management Group at Dell, who spoke to InformationWeek in an interview during the recent Strata + Hadoop World event in San Jose, Calif.

Dell Statistica marks Dell's continued investment in improving the platform since the company acquired StatSoft in 2014. 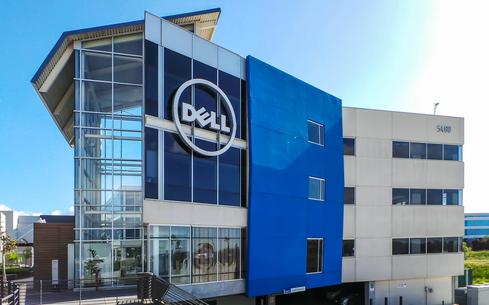 Rogers said the 13.0 release of the software was all about an overhaul of the user interface to make it easier to consume. It also included in-database analytics and Hadoop-native operations. Version 13.1, launched Thursday, April 14, adds all the other features that were pushed off so the company could focus on the UI. The new features include simplified pricing and packaging, collective intelligence, network analytics, collective analytics, and analytics at the edge.

Put both of these updates together and they add up to a major overhaul and modernization of the software, who can use it, and what they can do with it.

Rogers said Dell sorted its Statistica users into four different personas: experts/managers/executives; data scientists and statisticians ("the difference is what side of 30 they are on"); manufacturing and industrial engineers; and citizen data scientists or line-of-business experts. The updates to Statistica are designed to provide a way for all of these users to interact with the data to get the information they need.

Dell Statistica 3.1 offers new data preparation functionality to help the so-called citizen data scientist prepare both structured and unstructured data. Together with Statistica Reusable Process Templates, Statistica 3.1 also makes it easier for users to share and distribute analytic workflows to non-technical users, the company said in a statement announcing the update. That means data scientists can build analytic models and workflows and non-technical business analysts can use them repeatedly.

For the IoT piece, Dell is also drawing from another acquisition, Boomi, to create edge scoring for IoT analytics -- essentially putting some intelligence at the edge of the network so that not all data needs to be sent to a central analytics system for processing. Dell calls this "analytic atoms." In IoT, the most relevant data is data that indicates an anomaly or change of condition, and that kind of data is the exception. So it makes more sense to figure at the edge whether a change has occurred and then send in only the change data to the central system. Dell noted that this edge analytic capability eliminates the effort and expense of streaming huge amounts of IoT data, and it also allows for immediate action to be taken at the edge.