The goal of OpenAI is to advance artificial intelligence technology without the burdens of financial obligations. To help, Elon Musk and others have pledged $1 billion to start the project.

Elon Musk, along with several other tech firms and entrepreneurs, are pooling their billions together to help launch OpenAI, a nonprofit artificial intelligence research company. Musk, the CEO of Tesla Motors who has expressed concern about AI in the past, is serving as co-chair.

The goal of OpenAI, according to the organization's Dec. 11 announcement, is to advance digital intelligence in the way that is most likely to benefit humanity as a whole, unconstrained by the drive for financial return.

OpenAI will start out with about $1 billion in funding.

The company's research director is Ilya Sutskever, one of the world's experts in machine learning, and the post of chief technology officer will be filled by Greg Brockman, formerly the CTO of Stripe. 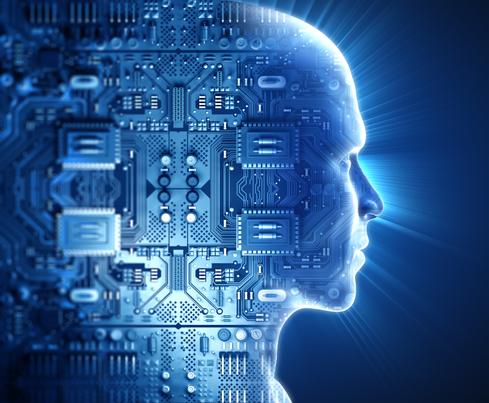 "Because of AI's surprising history, it's hard to predict when human-level AI might come within reach," according to the blog post written by Brockman, Sutskever, and the OpenAI team. "When it does, it'll be important to have a leading research institution, which can prioritize a good outcome for all over its own self-interest."

Researchers will be strongly encouraged to publish their work, whether as papers, blog posts, or code, and our patents (if any) will be shared with the world, with a promise to freely collaborate with others across many institutions, with the added expectation of working with companies to research and deploy new technologies.

Amazon Web Services (AWS), Infosys, and YC Research are donating to support OpenAI, with those three funders alone committing $1 billion, although the company admits that it expects to spend only a tiny fraction of that sum in the next few years.

"AI systems today have impressive but narrow capabilities. It seems that we'll keep whittling away at their constraints, and in the extreme case they will reach human performance on virtually every intellectual task," the post states. "It's hard to fathom how much human-level AI could benefit society, and it's equally hard to imagine how much it could damage society if built or used incorrectly."

Earlier this year, a group of concerned scientists, researchers, and academics, including Musk and Stephen Hawking, warned that the development of artificial intelligence could spark a new global arms race.

By co-chairing the OpenAI project, it seems that Musk, instead of stopping to worry about what others will do with AI, is trying to imprint his own vision on the ways this technology will work in the future.

[Read how AI is actually creating jobs for people.]

The OpenAI company is not the only firm looking to invest serious cash in AI research and development. Toyota is also investing $1 billion in its own artificial intelligence research.

Earlier this year, in an essay for the BBC, Eric Schmidt wrote that progress with AI technology is just beginning.

Nathan Eddy is a freelance writer for InformationWeek. He has written for Popular Mechanics, Sales & Marketing Management Magazine, FierceMarkets, and CRN, among others. In 2012 he made his first documentary film, The Absent Column. He currently lives in Berlin. View Full Bio
We welcome your comments on this topic on our social media channels, or [contact us directly] with questions about the site.
Comment  |
Email This  |
Print  |
RSS
More Insights
Webcasts
The Experts Guide to Ransomware Response
Multi-Cloud Data Management for Modern Applications
More Webcasts
White Papers
Cisco Threat Response
The InformationWeek 2021 State of ITOps and SecOps Report
More White Papers
Reports
Accelerate Threat Resolutions with DNS
Building the SOC of the Future
More Reports