Google's AlphaGo has beaten the world champion Go player in a five-game match, delivering a monumental victory for artificial intelligence -- and a win for human intelligence, too.

The AlphaGo win proved that artificial intelligence not only has the potential to take into account quadrillions of potential moves, which are possible with the Chinese game Go, but it can learn from its mistakes and discover new strategies -- a characteristic of humans.

The match also showed the potential of AI to come up with "innovative solutions and interesting strategy, and that this was not a rote [memory] approach," Dave Schubmehl, research director for IDC's Content Analytics, Discovery and Cognitive Systems research, told InformationWeek in an interview.

But perhaps equally interesting is that the match demonstrated AI is not a one-way street when it comes to improved learning. Lee apparently got smarter, as well, as he played AlphaGo, beating Google's AI software in the fourth game as he became more familiar with his opponent. 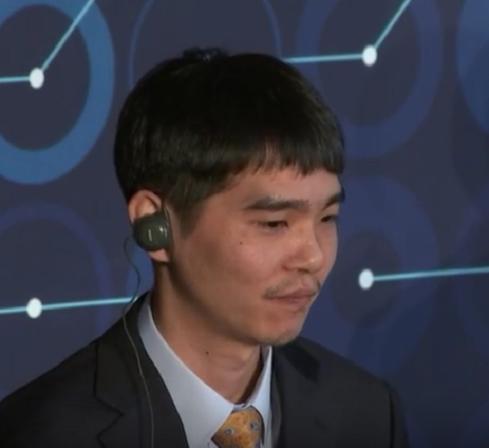 Lee wasn’t the only one.

Google DeepMind, which developed AlphaGo, had hired a Go master to train the machine learning AI software. As the Go master played against AlphaGo, he said he became a better player because it opened up his mind, Schubmehl said.

"Artificial intelligence is not to replace humans, but it's a way to augment and help humans," Schubmehl said.

In the first game, Lee was in the lead for much of the game as AlphaGo made some problematic moves, before it recovered toward the close of the game to win by a narrow margin, according to a BBC report. In the second game, however, Lee characterized AlphaGo's performance as nearly flawless, while he encountered missed opportunities.

In the third game, with both competitors performing in top form, Lee ultimately gave way to pressure, according to The Verge, and lost the match. The two parties, however, continued to finish out the five-game series, with Lee winning the fourth game but ultimately losing the fifth.

Go is a game where a player could potentially make a quadrillion moves or more, making it a great testing ground for AI. AlphaGo relies on a combination of advanced tree search called Monte-Carlo and deep neural networks.

This form of technology allows AlphaGo to operate in training phases and also operational phases, Schubmehl said. AlphaGo would be able to play Go against itself and train to become a better player incrementally each time.

In looking at future applications for AI now that the match is over, Schubmehl noted that many of the tech titans like IBM, Facebook, Apple and others already have forms of AI they are developing and that this public AI challenge will accomplish bringing more attention to AI research.

Google, for example, is already using AI for its consumer services like organizing photos automatically and is on a path to use its knowledge less for delivering search results and more for delivering real answers with AI.

Although the AlphaGo match has concluded, it would not be surprising to see some other high-profile AI challenge again emerge to showcase advancements in the technology. It would be building on not only the Go match, but also on IBM's AI past wins in its 1997 match against a world chess champion, and on Watson's 2011 Jeopardy win against two all-time champs.

Dawn Kawamoto is an Associate Editor for Dark Reading, where she covers cybersecurity news and trends. She is an award-winning journalist who has written and edited technology, management, leadership, career, finance, and innovation stories for such publications as CNET's ... View Full Bio
We welcome your comments on this topic on our social media channels, or [contact us directly] with questions about the site.
Comment  |
Email This  |
Print  |
RSS
More Insights
Webcasts
4 Practical Tips for Building a Data Lake
The Experts Guide to Ransomware Response
More Webcasts
White Papers
Guide to Enabling 5G Deployments
Top Serverless Security Risks and How to Mitigate
More White Papers
Reports
Protection Strategies for a Cyber-Resilient Organization
[Report] 2021 State of IT & SecOps
More Reports