Through a project called Magenta, Google's machine learning researchers hope to understand whether computer-generated music can qualify as art.

Google wants to know whether machine learning can be used to create engaging music and art. To find out, the company's machine learning researchers, the Google Brain team, have released Magenta, a set of open source data models and tools, on social code repository GitHub.

"Machine learning has already been used extensively to understand content, as in speech recognition or translation," said Google research scientists Douglas Eck in a June 1 blog post. "With Magenta, we want to explore the other side -- developing algorithms that can learn how to generate art and music, potentially creating compelling and artistic content on their own."

Eck describes what Google has made available as alpha code and encourages artists, coders, and machine learning researchers to come together to create art and music using the company's technology.

Eck says Google's goal is to create algorithms that generate art and music.

Microsoft has already demonstrated something of the sort. The Next Rembrandt project, a collaboration between Microsoft, ING, Delft University of Technology, and Dutch museum Mauritshuis, created a portrait in the style of Rembrandt using machine learning algorithms and an advanced 3D printer. 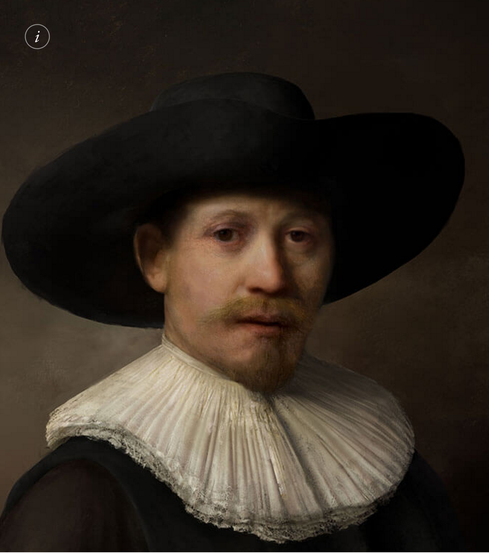 Google wants to go further than generating automated works, beyond teaching a computer to generate images that mimic the style of a specific artist. "It's not enough just to sample images or sequences from some learned distribution," explains Eck.

Google wants to create a machine learning model that can capture attention, create surprise, and follow a narrative arc.

To do so would be a monumental achievement for machine learning. But it might just be a disaster for human occupation.

Machines long ago proved superior to humans in strength. As a result, many labor-oriented jobs have become mechanized. The fact that human intellect remains necessary to orchestrate these jobs has ensured our continued employment.

[Read how Google's VR vision is finally coming into focus.]

If machines can match us as artists -- as musicians, writers, painters, or the like -- our most aspirational endeavor becomes diminished because the mechanized generation of art destroys its value, from both a cultural and financial perspective.

Art is a story we tell to ourselves. It's a yarn that has been unravelled by the mockery of Marcel Duchamp and Andy Warhol and by the mass production of Thomas Kinkade and LeRoy Neiman. But it has retained a link to singular, personal endeavor. It remains fundamentally human. It's also hard to come by, making it worth something, even if there's no real agreement as to its definition.

If machine learning can create hit songs or beloved stories at the push of a button -- which would amount to passing the Turing test -- the end result will no longer be art. It will be commoditized content, a new flavor of the drivel dispensed by content farms to capture ad revenue.

Machines that can assist us lighten our load. Machines that can surpass us make us redundant. We're a long way off from that point, even with algorithms penning dry financial news stories. But Google should be careful what it wishes for.

Thomas Claburn has been writing about business and technology since 1996, for publications such as New Architect, PC Computing, InformationWeek, Salon, Wired, and Ziff Davis Smart Business. Before that, he worked in film and television, having earned a not particularly useful ... View Full Bio
We welcome your comments on this topic on our social media channels, or [contact us directly] with questions about the site.
Comment  |
Email This  |
Print  |
RSS
More Insights
Webcasts
Nip Ransomware in the FUD: Detecting Attacks Pre-Encryption
Don't Miss This Cybersecurity Virtual Event
More Webcasts
White Papers
Supercharge Incident Response with DDI Visibility
MontanaPBS Shifts to Agile Broadcasting with Help from Raritan KVM Solutions
More White Papers
Reports
Intelligent Outcomes Are Key to Business Resilience
DNS Network Traffic Volumes During the 2020 Pandemic
More Reports