Why do book readers choose specific titles? Favor certain authors? Shop at select retailers? Consumer research data often contains these pearls of wisdom, but finding them in a fast-changing publishing landscape can prove a daunting task to old-school booksellers.

HarperCollins Publishers, which has been around in various incarnations for more than 200 years and is one of the world's largest publishing companies, found itself facing this problem. Prior to 2013, its staff couldn't directly access consumer-research data -- a major weakness in an era where tablets, e-readers, and other mobile devices are dramatically changing the way readers experience the written word. 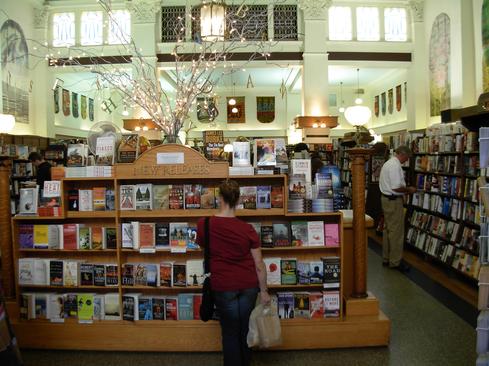 The company decided to refocus its marketing strategies. It needed faster, data-driven insights to customize sales and pricing plans for its books and authors. Doing so, however, might disrupt the venerable publishing firm's traditional ways of doing things, specifically those based on generations of experience rather than on cold, hard data.

"In the old world, we had a pretty good idea for our authors as to who their target audience was," said David Boyle, SVP of consumer insight at HarperCollins, in a phone interview with InformationWeek. "That was definitely the old way of working -- 200 years of history."

But rapid changes in publishing called for new solutions. "Maybe there were audiences that we totally forgot, or didn't realize were appropriate," Boyle added.

The solution was to build a cloud-based business intelligence (BI) solution that would allow HarperCollins' global workforce to quickly access to the company's own consumer research. After evaluating cloud-based providers, the publisher chose Adatis, a data management company and Microsoft BI partner, to help design and host its system.

Using Microsoft SQL Server 2013 Enterprise software and a Windows Azure virtual machine with eight 1.6-GHz CPUs and 16 GB of memory, Adatis built a cloud-based data warehouse for HarperCollins. The solution included an FTP site on the virtual machine where researchers post data, according to a Microsoft case study.

The cloud-based approach enabled HarperCollins to get its BI solution up and running in just two weeks. The system automatically feeds data from GMI, HarperCollins' research agency, into the cloud setup every week. Six standard reports (created by HarperCollins and Adatis staff) filter data based on one of six topics. Graphs display consumers' interest in report topics, such as the appeal of a particular book, as well the consumers' ages, media-consumption habits, and where they shop.

Reports, for instance, are effective for quickly revealing consumer trends that allow a publisher to make bolder marketing decisions, Boyle said. If readers between the ages of 17 and 24 are showing more interest in a book originally targeted at a younger, teenage crowd, HarperCollins can swiftly alter its marketing campaign to reach the appropriate audience.

The publishing industry may be old, but HarperCollins' BI solution suggests that even a mature business can benefit from a data-friendly focus. "What we're really excited about is that we're driving the use of data through people who are not used to using data in their day-to-day lives," said Boyle of HarperCollins' staff. "And that makes it a hundred times more powerful."

...it's the difference between reporting on and packaging up what is known and figuring out what's unknown (and perhaps non-intuitive) through deep data analysis.
Reply  |  Post Message  |  Messages List  |  Start a Board

Reading the white paper (link provided in the story), the best I can gather is that the real analytical work and exploration of new audiences is being done by researchers. The deployment described, a SQL Server database in the cloud, is simply reporting on the research. The white paper also says researchers are doing surveys, but what about exploring topic-related discussions on social networks or book-purchase clickstreams to find out what other books people are buying along with X new title. With analytics you could then model book buyers, spot previously unknown segments of buyers and kick off marketing campaigns to truly new customer groups. This is the kind of think Amazon does on the fly with its recommendation engine. Now we're talking data-driven decisions.