How FinTech Disruptors Are Rewriting The Rules - InformationWeek

Blockchain, smart contracts, and predictive analytics are among the financial service technologies reshaping the ways transactions are conducted and customers are served. With a rash of startups threatening to disrupt legacy operations, organizations of all sizes are turning to the latest technologies to improve their offerings.

with an assessment of an individual client's needs, and results in customized, integrated products and ongoing service designed to address these needs.

Squaring that circle may prove impossible, but internet financial technology might at least come close to achieving "the economics of specificity," Joseph said.

Blockchain technology has been rapidly upgraded from an oddball idea in the financial services industry to one that's in vogue.

Digital shared ledgers already exist on financial networks, but as a rule, the networks are centralized, with topologies making it easier to scam or otherwise disrupt the networks because there is one potential point of failure. The central computer verifies all transactions on the other nodes. Among banks, central clearinghouses are the central nodes. 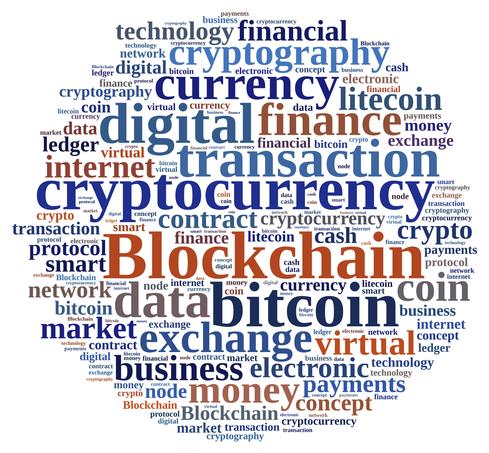 The blockchain was conceived as a nearly real-time, secure infrastructure for transactions in the cryptocurrency bitcoin.

Blockchain setups are decentralized and often geographically distributed (the bitcoin network is both). Crucially, all blockchain nodes on a network run identical consensus algorithms, which are used to verify shared data independently.

It generally works like this: Each network node continuously records transactions in tamperproof data blocks. Average block sizes fluctuate, but they have been reaching just shy of one megabyte, according to software vendor Blockchain Ltd.

Periodically, a block is shared among all of the nodes. Running consensus algorithms, each node judges each transaction of a block. A basic function is making sure a customer has not tried to complete multiple transactions with the same money.

If a majority of the nodes' consensus algorithms validate all of a block's transactions, all nodes accept the block, adding it to their ever lengthening chronological chains. Rejected or duplicate transactions are discarded.

Updates can happen in milliseconds.

[Even the best intentions can go horribly wrong. Read 10 Ways to Doom Your Next Mobile App.]

A person with nefarious intent cannot use a single node to change the rules governing the blockchain because the rest of the nodes would invalidate the move.

The potential uses for blockchain technology sprawl beyond banking.

In a 2015 report, Goldman Sachs Group said blockchain technology's inherent security, speed, and disintermediation capabilities will have far wider implications. According to the report:

From banking and payments to notaries to voting systems to vehicle registrations to wire fees to gun checks to academic records to trade settlement to cataloguing ownership of works of art, a [blockchain] has the potential to make interactions quicker, less expensive and safer.

Voting -- one of the examples cited in the Goldman Sachs report -- may sound unlikely, but it is apparently being considered by Moscow government officials. They reportedly are looking into blockchain-supported voting as a way to eliminate ballot fraud.

Equity trading is a more obvious blockchain use, and it's being investigated by financial services companies. Using blockchain, multiple parameters can be automatically monitored and, when the agreed-upon condition arrives, the trade is made and payment flows, all automatically.

In May, The Wall Street Journal reported that the Nasdaq stock exchange had begun experimenting with a blockchain infrastructure for trading shares in private companies. The Journal has also chronicled blockchain investments made by the New York Stock Exchange, influential trading-services firm DRW Holdings, and Goldman Sachs.

Even the typically staid insurance industry is giving blockchain a look.

Allianz SE, a German financial-services firm specializing in insurance, succeeded in its first blockchain experiment, which was conducted in June, said Richard Boyd, chief underwriting officer of the company's risk-transfer unit, in an interview with InformationWeek.

Working with investment-management company Nephila Capital, Allianz created a smart contract -- a blockchain contract app that executes itself without human intervention -- for a simulated insurance transaction. Allianz said in a prepared statement the test "significantly" simplified and accelerated the process compared to manual, paper-based transactions.

The simulation involved an esoteric but comparatively simple transaction called a catastrophe swap, or cat swap, in which the insurance risk of a catastrophic weather event was sold to a third party. A smart contract with standard stipulations and coverage triggers was created, and the claim was settled autonomously after a (thankfully) fictional hurricane hit Florida.

"Our aspirations for whether it would be a success were fairly low," said Boyd. Any conventional policy has multiple levels of intermediation, and in this scenario all of them were eliminated.

"We in the industry are in a bit of an arms race," he said. "The pricing of [policy] contracts across insurance has been stripped back to minimal margins." Cutting costs through greater efficiency is standard operating procedure today, according to Boyd.

"We'd like to try it again," he said about smart contracts. Boyd is considering perhaps experimenting with life insurance policies, which are generally simple, objective contracts. There is little room for interpretation about when to pay on a life-insurance policy.

From there, it gets more complex very quickly when scenarios such as auto insurance claims are considered.

"A lot more thinking needs to be done," Boyd said, before smart contracts can be successfully deployed for auto liability. "Auto has whole levels of claims actions" with copious opportunities for subjectivity, he said.

Putting a focus on analytics in a discussion about new technology might be a head-scratcher for a lot of people. Businesses have been combing through ever-larger data stores since the internet boom. Yet swaths of the financial services sector have only recently tried to pull deep insights out of big data.

Executives are looking for more and more kinds of data in order to judge a potential client's upward financial mobility, because they need more customers. FICO's load-bearing product, the FICO score, judges an applicant's creditworthiness based on his or her borrowing history, but even that company has begun looking into more specific data, said Talton.

FICO has been working on a service that digs through databases for information that could help a retailer, for example, decide on

Jim Nash writes business and science articles, and also shoots urban and nature photographs. He's still searching for a common language to use with his Mensa-smart teenage daughters. View Full Bio
We welcome your comments on this topic on our social media channels, or [contact us directly] with questions about the site.