HPE will expand its data and analytics portfolio through its acquisition of embattled Hadoop pioneer MapR.

Weeks after it missed deadlines for winning additional funding or getting acquired, embattled Hadoop and big data pioneer MapR was acquired by Hewlett Packard Enterprise.

HPE described the deal, announced this week, as an acquisition of business assets that includes MapR's technology, intellectual property, and domain expertise in artificial intelligence and machine learning, and analytics data management.

The announcement ends weeks of uncertainty for MapR customers and staff, but not before some damage had already been done. 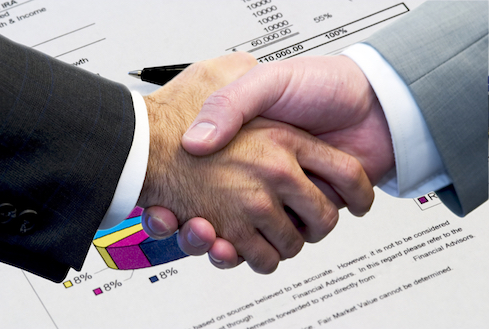 Some of MapR's customers had been evaluating alternatives and the potential impact of switching suppliers either on-premises, in the cloud, or both, according to Gartner Research VP and analyst Merv Adrian. Customer experiences with MapR during this limbo period have been a mixed bag, Adrian said, with some receiving good support and others reporting abrupt terminations of their contacts as MapR's customer-facing staff left the company.

HPE said it will support existing deployments and ongoing renewals. But the company has a big job ahead with MapR's customers.

"HPE will have to move quickly to reassure customers first, and then to build out and execute a market-facing strategy to gain new customers," Adrian said. "That process is typically faster if the acquirer is able to retain significant staff, but the lengthy negotiation process, with multiple missed deadlines and substantial numbers of staff departures, has made that much more challenging."

Meanwhile, the acquisition moves HPE closer to the goal of building out technology to compete in the hot data and analytics market. The path toward the goal hasn't always been easy for HPE and its predecessor company, Hewlett-Packard. The company's acquisition of Autonomy was broadly viewed as a failure and remains the subject of lawsuits today. In November 2018, HP acquired BlueData, a provider of a software platform that uses Docker container technology to make it easier and more cost-effective for enterprises to deploy AI and big data technologies on-premises, in the cloud, or in a hybrid cloud. BlueData's technology is potentially synergistic with the technology from MapR, Adrian said.

HPE acknowledged the importance of both AI and the cloud in its announcement of the acquisition this week.

"The explosion of data is creating a new era of intelligence where the winners will be the ones who harness the power of data, wherever it lives," said HPE CEO Antonio Neri in a statement. "MapR’s file system technology enables HPE to offer a complete portfolio of products to drive artificial intelligence and analytics applications and strengthens our ability to help customers manage their data assets end to end, from edge to cloud."

Enterprise organizations are increasingly choosing cloud deployments for data and analytics, and that trend contributed to the demise of MapR and recent sales shortfalls for other companies, too, including the other major Hadoop and big data pioneer, Cloudera.

"HPE purchasing MapR is representative of a broader market shift -- one that is moving away from the big data era Hadoop vendors championed into one driven by cloud, AI and machine learning," Wilson said. "Looking ahead, what we’ll continue to see is significant investments like those by Google and Salesforce as analytics workloads grow exponentially on the cloud, driven by its elastic scale and agility."

For more on big data in the enterprise, read:

Jessica Davis is a Senior Editor at InformationWeek. She covers enterprise IT leadership, careers, artificial intelligence, data and analytics, and enterprise software. She has spent a career covering the intersection of business and technology. Follow her on twitter: ... View Full Bio
We welcome your comments on this topic on our social media channels, or [contact us directly] with questions about the site.
Comment  |
Email This  |
Print  |
RSS
More Insights
Webcasts
How the Rapid Shift to Remote Work Impacted IT Complexity and Post-Pandemic Security Priorities
Managing a Hybrid Cloud Infrastructure
More Webcasts
White Papers
CPRA: The Simple Guide
How to Avoid the Challenges of Cross-Platform Data Access Governance
More White Papers
Reports
We Need Your Input: Trends in Workforce Optimization
2021 Top Enterprise IT Trends - Network Computing
More Reports
Copyright © 2021 UBM Electronics, A UBM company, All rights reserved. Privacy Policy | Terms of Service