IBM's second quarter total revenues and earnings per share declined again, but executives and analysts put their focus on the company's strategic initiatives, which showed continued growth in the most recent quarter.

The Brexit vote, which occurred a week before IBM's quarter closed, sent markets downward, but did not appear to effect IBM's results.

Wall Street expected lower earnings and revenue from IBM as the company continues to work to transition its business from sales of traditional IT products and services to next-generation -- what IBM calls strategic imperatives -- in areas such as cognitive and cloud computing.

The strategic imperatives delivered revenue of $8.3 billion, still just a fraction of overall revenues, but representing growth of 12% from the same period a year ago. 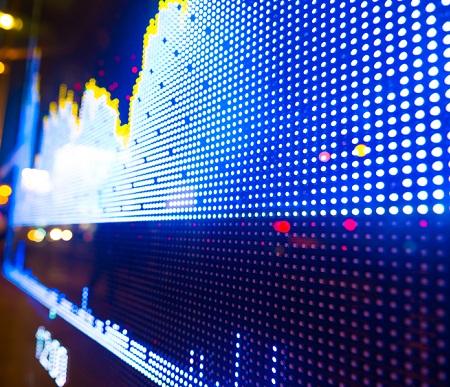 "IBM continues to establish itself as the leading cognitive solutions and cloud platform company," said Ginni Rometty, IBM chairman, president, and CEO, in a prepared statement. "In the second quarter we delivered double-digit revenue growth in our strategic imperatives, driven by innovations in areas such as analytics, security, cloud, video services, and Watson Health, all powered by IBM Cloud."

Cloud revenues for the quarter hit $3.4 billion, up 30% from the same period a year ago.

IBM CFO Martin Schroeter noted that in the first half of 2016 the company grew its R&D investment, closed 11 acquisitions worth more than $5 billion, and invested nearly $2 billion in capital expenditures.

"These investments are key in helping us build new markets and maintain our leadership in enterprise IT," he said.

Schroeter was the top executive on the call with analysts Monday afternoon, and he listed a number of new customers for IBM's digital business efforts, including Kimberly-Clark, the ISS Group, and Sesame Workshop. The US Department of Veterans Affairs and the American Diabetes Association are also new partners in leveraging Watson for new healthcare efforts.

Also during the quarter, IBM announced Watson for Cyber Security, a cloud-based version of the company's cognitive technology for security.

Analyst firm Technology Business Research (TBR) noted IBM was ahead of schedule for meeting one if its transition goals -- a 40% revenue contribution from CAMSS (cloud, analytics, mobile, social, and security) by 2018. The firm noted that these areas now contribute 38% to IBM's total revenue.

"As IBM's investments increasingly yield sustainable revenue streams, TBR believes IBM will continue shifting its focus away from its legacy businesses and toward its CAMSS initiatives," wrote Krista Macomber, senior analyst at TBR, in a statement emailed to InformationWeek. "Its cloud portfolio led revenue growth among its CAMSS initiatives in 2Q16, as customers are increasingly adopting 'as a Service' capabilities."

IBM's Watson for vertical businesses such as Health and IoT will also be important and strategic in the future, according to TBR. The firm also expects IBM to continue to invest in other areas.

"IBM will continue making strategic investments in other core aspects of its business, including its hardware, as IBM recently demonstrated with new investments in its Power9 chips," Macomber said.

"TBR expects IBM will leverage its hardware capabilities, along with its CAMSS solutions, to encourage IBM hardware adoption for high-demand markets, such as cloud-based security and analytics, where IBM's full stack of solutions can be leveraged to provide customers with holistic solutions."