How would the profitability of food production, distribution, and retail companies improve if they could eliminate food waste? In businesses with razor thin margins, every bit counts. A full 9% of foods are thrown away or left to spoil, according to a 2017 University of Edinburgh study. 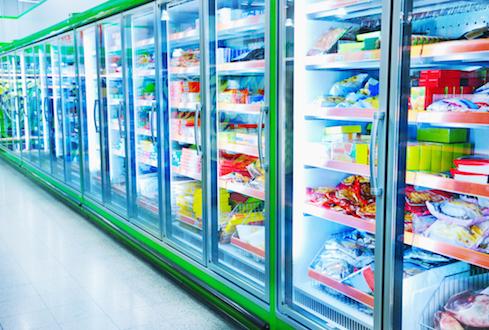 While some of this waste can be linked to overeating or poor food habits by consumers, a significant amount can be traced back to food spoilage occurring during transport, and also at distribution points and retail outlets.

One way that big data and analytics are making inroads into this problem is through the use of Internet of Things (IoT) sensors and systems and "smart" labeling that can track food by the item, or by the box, pallet, bag, or crate. This sensor-and-label based IoT on trucks and at points throughout the food supply chain can track foods from farm to table -- and can even help individual consumers using new "smart" refrigerators stay on top of which foods are freshest, and which need to be consumed right away.

Ensuring that foods and beverages have proper environmental controls to prevent spoilage or to enhance consumption of items is nothing new.

In 1982, a modified Coca Cola machine at Carnegie Mellon University became the first Internet-connected appliance. It was able to report its inventory and whether newly loaded drinks were cold.

In January 2011, after a series of highly publicized and heath endangering food recalls, the Obama administration signed the Food Safety Modernization Act (FSMA) into law. It was the most sweeping reform of food safety laws in over 70 years, according to the FDA. Its goal was to ensure food chain safety and visibility from farm to table.

Since then, IoT, smart labels, and analytics -- and the visibility they provide -- have been pivotal for producers, transporters, distributors, retailers, and consumers at various points in the food supply chain.

"Technology integration with business processes is critical today, and big data and analytics facilitate it, said Katy Jones, CMO of FoodLogiQ, which describes itself as a provider of food safety, traceability, and sustainability solutions. "Restaurants want to be able to tweet out to their customers where the lettuce in their salad came from. As for the food chain itself, if a problem with contamination or improper refrigeration occurs, companies want to know about it right away. Sensors and labels on containers and on food lots and packages can pinpoint exactly where a problem is so they can immediately intervene."

IoT technology and analytics are reducing food waste and are already saving companies millions of dollars.

For instance, if a customer returns a head of lettuce to a retailer because it spoils, it is possible that the shelf life of the lettuce was reduced because it wasn't property refrigerated at some point along the supply chain. Sensor-monitored environmental solutions tackle this problem. An alert from a sensor on a food container can inform a logistics operator that a carload of lettuce is about to spoil, or it can enable a shipper to reroute the lettuce to a more proximate market.

"The idea of IoT being able to connect devices and information by encoding objects with information is even now advancing to where the appliances in your kitchen can talk to each other," said Elizabeth Sinclair, manager of verticals marketing for BarTender by Seagull Scientific, which specializes in barcode, RFID, and smart labeling software. "Today, a consumer can hold his or her smart phone to an IoT-enabled refrigerator to troubleshoot a mechanical problem via an app, so to take this one step further, what if you could obtain data about food items from your refrigerator that would inform you about food freshness or a food recall on an item?"

Collectively, IoT and analytics technology is revolutionizing the food and beverage industry, enabling companies to reduce food waste and improve profit margins. Now with the appearance of "smart" refrigerators in the market, it is allowing consumers to do the same.

"Smart labeling and IoT will make positive contributions to supply chains by improving production efficiency, product safety, and getting information to business partners and consumers," said Sinclair. "It won't be long before consumers also expect to get this information about their food."