The use of hiring analytics leads to better outcomes for companies, according to a National Bureau of Economic Research study.

Machines make better hiring recommendations than people, at least when it comes to employing low-skilled workers, according to a National Bureau of Economic Research study released this week.

The study, "Discretion in Hiring," conducted by Mitchell Hoffman from the University of Toronto, Lisa B. Kahn from Yale University, and Danielle Li from Harvard Business School, examined the hiring of almost 300,000 low-skilled service-sector workers, such as call center operators, standardized test graders, and data entry clerks at 15 companies.

By evaluating algorithmic hiring recommendations from a job test alongside human hiring decisions that deviated from the recommendations, the researchers found that hiring managers who exercise discretion produce worse results.

Specifically, employees hired based on algorithmic recommendations had job tenures that lasted 15% longer than people hired without testing. Managers who overruled machine-based recommendations hired workers less well-matched to the job, as measured by job tenure.

The researchers conclude, "[M]anagers systematically make hiring decisions that are not in the interest of the firm." 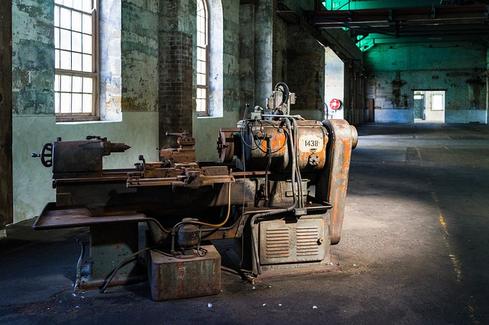 In other words, hiring managers have biases, something seen in other studies. The study cites a 2012 paper, "Hiring as Cultural Matching: The Case of Elite Professional Service Firms," that found one of the most important factors in hiring was shared leisure activities.

Such bias might be acceptable if it led to the hiring of employees who were, for example, more productive. But the researchers of this latest paper found "no evidence that firms are trading off [employment] duration for higher productivity."

They also found that job testing can improve hiring results not only by providing more information, but also by making information verifiable, thereby providing a yardstick by which hiring decisions can be evaluated. They argue that firms should put more weight on hiring analytics "to mitigate errors and biases in human [judgment] across a variety of domains."

[Read Your Robot Replacement Has Arrived.]

Human judgment may become less common in the workplace. In a recent speech, Andy Haldane, chief economist of the Bank of England, claimed that some 15 million jobs in the UK and 80 million in the US have the potential to be automated. That's about half the total employment figures presently in the UK and over half the number of full-time employees the US.

Optimists argue that technology will create more jobs than automation will destroy. Pessimists contend that society will need to figure out how to deal with a growing number of people without jobs.

Either way, the low-skilled jobs evaluated in this study are among those most likely to be automated, raising the possibility that the optimal hiring situation in the future will be one where computers hire other computers.

Thomas Claburn has been writing about business and technology since 1996, for publications such as New Architect, PC Computing, InformationWeek, Salon, Wired, and Ziff Davis Smart Business. Before that, he worked in film and television, having earned a not particularly useful ... View Full Bio
We welcome your comments on this topic on our social media channels, or [contact us directly] with questions about the site.
Comment  |
Email This  |
Print  |
RSS
More Insights
Webcasts
Fintech at SaaS speed: Navigating the scale & security challenge
4 Practical Tips for Building a Data Lake
More Webcasts
White Papers
4 Key Elements of an ML-Powered NGFW: How Machine Learning is Disrupting Security
Zero Trust Guiding Principles
More White Papers
Reports
2021 Application Security Statistics Report Vol.1
The State of Endpoint Security
More Reports


I can absolutely see why machines would make better decision for low skilled jobs but I am certain that for complex high skill jobs the opposite would be true. Low skill jobs tend to only need a specific set of skills while high skill complex jobs require hard and soft skills mixed to achieve success. Machines would have a much harder time measuring a candidates softer strengths.