News from Microsoft, SAS, and MapR point to changes in how enterprises are buying, deploying, and learning to use big-data analytics.

The Strata + Hadoop World conference has brought a flurry of big-data announcements that hint that at least some enterprises are ready to tackle bigger issues around big data than storage, including interoperability, real-time usage, and finding ROI in analytics. Here’s a rundown of some of the announcements:

Microsoft announced updates to its Azure HDInsight service, bringing support to Storm and HortonWorks Data Platform 2.2, among others. They have also announced an HDInsight on Linux preview. Storm allows for more real-time analytics, and Microsoft is touting its Visual Studio as a great way to add ease-of-use and easier debugging to Storm. The announcement also brings Hadoop as a service to Linux.

Hortonworks Dataplatform 2.2 promises easier data interoperability because, as it claims in a press release, it is the only 100% open source Hadoop architecture that supports both Linux and Windows natively. This allows data to be moved to HDInsight much more easily, regardless of the architecture it resides on.

SAS also announced its SAS Data Loader for Hadoop today. Data Loader allows for self-service data preparation, even for those with less training and data expertise. It allows for non-experts to use a visual interface to pull data from relational databases in Hadoop, freeing up the time for Hadoop developers and data scientists to do more advanced work. SAS says in a blog post that 80% of data scientist time is used in preparing and maintaining data, rather than in gaining insights. Data Loader is intended to give some of that time back. Here's a video if you want to see what it looks like.

Much like the Azure update, this is another tool that will allow enterprises faster and better access to data, and hopefully, bring more ROI. 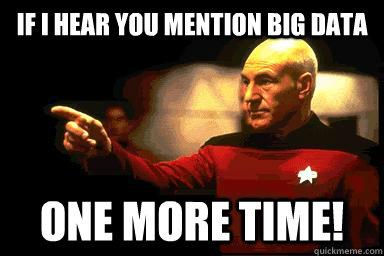 The last announcement, from MapR, also pertains to real-time data. The latest version of the MapR distribution featuring Hadoop is designed to facilitate what MapR is calling the real-time, data-centric enterprise. The new release will allow for active-active clusters across databases with no table replication or bidirectional updates. This has major advantages for business recovery, but it also allows the blending of business processes and analytics processes by breaking down analytics silos.

In an interview with InformationWeek, Jack Norris, MapR's Chief Marketing Officer, gave an instance of a use-case where this is being put into everyday practice. MapR's customer, Machine Zone, makers of the popular mobile Game of War, were stuck with batch processing of data. Their game servers would deliver data to their analytics clusters, which caused synchronization problems, data corruption, and sometimes even data loss. MapR was able to synchronize the analytics with the game platform so the data appeared in real-time. This allowed for Machine Zone to make better business decisions around monetizing Game of War.

MapR also announced improvements with table replication, data warehousing, security, and, perhaps most important, data ingestion. The group boasted that most clients could get apps up in less than a quarter and see ROI in less than a year.

Taken together, you can see the trend in big data right now is moving from "What do we do with all this stuff?" to "How can we bring this into our business?" It is a welcome change to a big data field which has been considered by many lately to be more hype than substance. Real-time data of high quality that can be used directly by the business has always been the goal. Now that some of the basic issues have been dealt with, it seems like we might soon be getting there.

David has been writing on business and technology for over 10 years and was most recently Managing Editor at Enterpriseefficiency.com. Before that he was an Assistant Editor at MIT Sloan Management Review, where he covered a wide range of business topics including IT, ... View Full Bio
We welcome your comments on this topic on our social media channels, or [contact us directly] with questions about the site.
Comment  |
Email This  |
Print  |
RSS
More Insights
Webcasts
Securing and Monitoring Networks in the 'New Normal'
ROI and Beyond for the Cloud
More Webcasts
White Papers
A Technical Deep Dive on Software Exploits
Eliminate East-West Traffic Hair-Pinning
More White Papers
Reports
2020 State of Cybersecurity Operations and Incident Response
DNS Network Traffic Volumes During the 2020 Pandemic
More Reports

@Ariella, interesting point.... the way is everything this days I could not agree more...
Reply  |  Post Message  |  Messages List  |  Start a Board

@David @impactnow When I first heard of the term year ago, I didn't like it. Now I'm just used to it, though I agree it's not ideal as it gives the wrong impression. It also creates some inconsistency about capitalization. Some capitalize both words, though I'm inclined not to.
Reply  |  Post Message  |  Messages List  |  Start a Board

same here I could not agree more... but like everything else... change do happens... how I see it.
Reply  |  Post Message  |  Messages List  |  Start a Board

Dave I agree. I think we need to coin a new buzz word just to put big data to rest it has gotten so over used its bordering on complete lack of meaning.
Reply  |  Post Message  |  Messages List  |  Start a Board

@Ariella- Yes, Picard will never get Big Data out of his life. If we're lucky we'll get rid of the phrase though. :)
Reply  |  Post Message  |  Messages List  |  Start a Board

Ariella hopefully it doesn't slow down the progress because enhancements like the ones discussed in this blog are getting us closer to realizing the benefits of big data and reducing its management costs. I look forward to seeing more enhancements that move us in that direction
Reply  |  Post Message  |  Messages List  |  Start a Board