Microsoft SQL Server 2016 is finally arriving Wednesday, June 1, to general availability after a lengthy, public beta period where thousands and thousands of customers tested the company's flagship relational database management software. Indeed, many of the product's features first became available in the cloud before being offered in the on-premises version of the product.

The process marks a new era in enterprise software development, testing, and deployment as organizations enter the age of the cloud and of the hybrid cloud.

"It's more like the open source community than it is like the old beta programs," Gartner research vice president Merv Adrian told InformationWeek in an interview, referring to the extended beta process that now appears to be the norm in cloud and hybrid cloud software. Microsoft isn't alone in following this model, and this new normal means that software is very well tested by the time it goes out the door. "There are massive numbers of people banging on things," Adrian said. 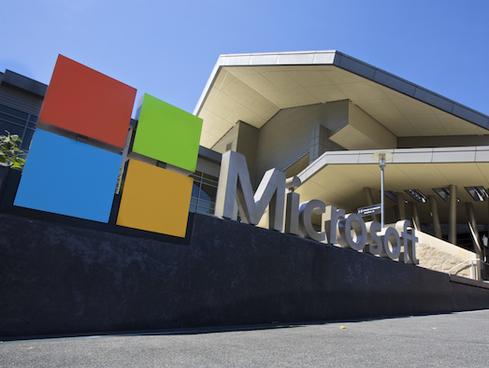 Microsoft has pursued larger enterprise customers for several years now as it sought to expand upstream from its roots in the small and mid-size business market. Big enterprise database customers had more typically chosen products from giants such as Oracle and IBM. But Microsoft passed IBM in Gartner's database marketshare rankings a few years ago, Adrian said. The company's enterprise story now is a solid one. Now it is gunning for Oracle.

"Microsoft has delivered the most right now," he said, but noted that Microsoft doesn't always do the best job of promoting its advantages.

"They've never been a chest-beating kind of marketing organization, quite to the contrary of their brethren at Redwood Shores." Yet this time, he added, Microsoft has pointed out some of its advantages -- for instance, in pricing. The company put together a comparison showing that many of the features that are priced as add-ons features in Oracle are already baked into the price of Microsoft SQL Server.

The Microsoft Stretch database feature, for instance, lets organizations set up databases that are hybrid -- partly on-premises and partly in the cloud. Administrators set up the rules for these databases and then the system does the management work.

"That's a really important step for the marketplace overall," Adrian said, "and one where Microsoft has some advantages over its purely cloud-based competitors like Amazon and Google. Most of their biggest customers are going to be in both places, so they are going to want to manage data in both places without that being a burden to them."

Microsoft is clearly gunning for Oracle customers, though. The company is already offering a migration promotion program with price breaks and migration tools for those customers who move to Microsoft SQL Server 2016.

A Microsoft SQL Server brochure boasts of four big Microsoft advantages over Oracle's offerings, including in-database advanced analytics with R + in-memory, and, it claims: the highest levels of security, mobile device-accessible BI for a fraction of the price charged by Oracle or Tableau, and a consistent experience across on-premises and cloud.

Other features that will appeal to enterprise customers include Microsoft SQL Server 2016's Always-On capability and the improved security and encryption. And Microsoft has given the nod to big data via support for queries to Hadoop.

Microsoft will get to realize more advantages and market expansion in 2017 when Microsoft expands the platform to run on Linux. Adrian said that many organizations have avoided Microsoft's database platform without that support. These companies are likely currently evaluating the platform.

And the other big advantage to Microsoft SQL Server going GA?

"Now they get to start having people write checks," Adrian said.

Jessica Davis is a Senior Editor at InformationWeek. She covers enterprise IT leadership, careers, artificial intelligence, data and analytics, and enterprise software. She has spent a career covering the intersection of business and technology. Follow her on twitter: ... View Full Bio
We welcome your comments on this topic on our social media channels, or [contact us directly] with questions about the site.
Comment  |
Email This  |
Print  |
RSS
More Insights
Webcasts
Fintech at SaaS speed: Navigating the scale & security challenge
Monitoring Critical Cloud Workloads
More Webcasts
White Papers
The State of Zero-trust Security Strategies
2021 Digital Transformation Report
More White Papers
Reports
The State of Malware Threats
Protection Strategies for a Cyber-Resilient Organization
More Reports