When you need to make estimates your next project, give these 3 analytics tools a try.

During the last three decades, I have encountered three tools that have left indelible marks in my memory. They have useful, usable, and used in every area of my work life. I share them with the A2 community because I believe that you will enjoy them as much as I have.

The first tool is used to estimate scope failure; it is used to assess risk/exposure to failure of a task. Using a three-point scale, wherein 1=LOW, 2=MODERATE and 3=HIGH, (1) you define a risk event, (2) assign values to the probability of failure and the severity of failure, and (3) multiply the probability by the severity to generate a risk score. This risk score helps you to determine which tasks should receive top priority in preventing failure. For example, suppose you have to prioritize two tasks -- update the payroll system and update the landing radar for the company jet. Let's say that you say that the payroll system has a moderate chance of failure (value=2) and that the severity would be high (value=3; people like to be paid). Hence the risk score would be 6. Let's say that the landing radar has a low probability of failure (value=1) and that the severity would be high (value=3). That risk score would be 3. Therefore, resources would be directed to updating the payroll system. While the failure of either task would be severe, only one was deemed likely to happen. 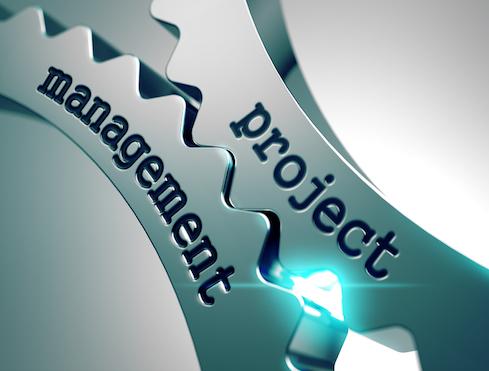 The second tool is PERT -- the Program Evaluation and Review Technique. PERT is a tool developed by the US Navy. It is used to estimate the time needed to complete tasks. The technique follows this formula: ET=(OT+4(MLT)+PT)/6 -- Estimated Time equals the sum of the Optimistic Time plus the product of 4 times the Most Likely Time plus the Pessimistic Time, divided by 6. For example, you want to estimate how long it would take to update the payroll system, and you get three estimates from your technical team. The shortest time estimated is 3 weeks, the longest time estimate is 8 weeks and the most likely time estimate is 6 weeks. The PERT formula is ET = (3+24+8)6; the estimated time is 5.83 weeks. Let's say that the pessimistic estimate was 20 weeks instead of 8, then the estimated time would be 7.83 weeks. Hence while the most likely time estimate has the most influence, the input from the most extreme estimates is not completely ignored; everyone's input receives attention.

The third tool enables one to estimate how much human capital will cost to complete a project. The formula is Estimated Cost = (Projected Hours Needed to Do a Task/Percent of Productive Hours)/Percentage of Time the Resource is Available for This Task)*Hourly Pay Rate. For example, if updating the payroll system would take 40 hours, and the senior developer would be productive 80% of the week to do the work (i.e. -- not taking naps), available 33% of the week, and earned $50/hour, then that resource would cost $7,600-rounded [((40/.8)/.33)*50]. If you increase the developer's availability from 33% to 85% (the other stuff will have to wait) then the cost drops significantly to $2950-rounded [((40/.8)/.85)*50].

In effect, these three tools have shown that:

I hope that you find these project management analytics helpful. Do you have any special tools that are sharable? If so, then please do!

We welcome your comments on this topic on our social media channels, or [contact us directly] with questions about the site.
Comment  |
Email This  |
Print  |
RSS
More Insights
Webcasts
How the Rapid Shift to Remote Work Impacted IT Complexity and Post-Pandemic Security Priorities
Advancing the Hybrid Cloud & App Modernization Journey with IBM
More Webcasts
White Papers
2020 SANS Enterprise Cloud Incident Response Survey
The Top 5 Mistakes Everyone is Making in Vulnerability Remediation
More White Papers
Reports
Are We Cyber-Resilient? The Key Question Every Organization Must Answer
Building the SOC of the Future
More Reports