Employers can use social media services and demographic data to target their employment ads to reach only people of a certain age. But is that ethical or even legal?

We have laws that are meant to prevent discrimination in hiring. But in practice, employers can find ways to avoid hiring people above a set age threshold with the help of social media and demographic data.

A story that ProPublica copublished with the New York Times declared the dark side of social media targeting for job applicants -- age discrimination. Facebook is designed to give direct access to a precisely targeted population, including those within a specified age bracket. That means ads for employment may be directed only to potential candidates below a "certain age," and that could be both ethically and legally problematic. 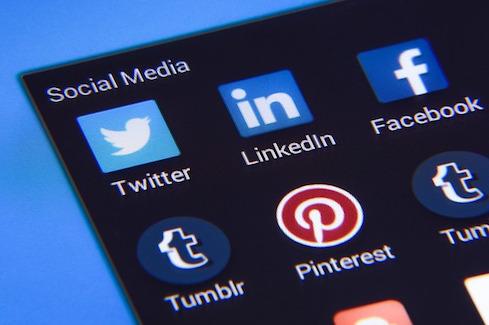 Facebook has been used as a successful recruiting tool for companies who seek to reach recent grads. The same type of "microtargeting," as ProPublica refers to it, can be used to reach whatever parameter the advertiser specifies, and that often translates into job ads, particularly those in tech, being directed to eyeballs under 40.

Declaring that the age targeting has had a discriminatory effect on workers over age 40, the Communications Workers of America (CWA) and three workers filed a class action lawsuit against T-Mobile, Amazon, and other companies that they say used the social media platform in that way.

That's not to say that Facebook has a monopoly on such practices. ProPublica tested out Google and LinkedIn and found that job ads designed to not be extended to people above 40 were allowed. It then contacted the companies and was told by Google that it had no problem with complying with the specified age range. LinkedIn told ProPublica that would make the necessary modification, as did a number of companies whose advertising strategy looked like an attempt to exclude older applicants.

Facebook defends itself against ProPublica's critique. Facebook's VP of Ads, Rob Goldman declared, "We have carefully reviewed their concerns -- and this time we disagree." Though he does not deny that job ads were intended for specified age groups, he argues that does not necessarily constitute age discrimination any more than advertising "in magazines and on TV shows targeted at younger or older people."

ProPublica doesn't buy that argument, though. It points out that the analogy fails because other forms of media may be aimed at particular age groups, but they do not restrict access to them. If a teen wants to look at AARP or if a middle-aged person picks up Seventeen, they will see the ads, too. "Online, however, people outside the targeted age groups can be excluded in ways they will never learn about," it points out.

In fact, some companies actually make their preference for younger workers clear when they hire consultant services for recruitment. ProPubica quotes Deb Andrychuk, chief executive of the Arland Group, as saying clients explicitly state their intention in recruiting is to draw in "'younger blood.'"

They believe it's not discriminatory because they say, "'It's not necessarily that we wouldn't take someone older'," while making their preference perfectly clear by adding "'but if you could bring in a younger set of applicants, it would definitely work out better.'" While Andrychuk makes a point about how she has to educate such clients, there really are a number of ways to convey a preference for hiring people under 40 or even under 30 even when the people of more advanced years have access to the ads.

I did a quick search on LinkedIn to find some examples and on only my second click found a content specialist job at a place that describes itself as follows: "We are a young company driven by a lot of young talents." All arguments about being young at heart aside, that generally indicates that anyone above, say 35, would likely not make the cut.

That description may be not have been meant as conscious discouragement to older workers, but it has that effect, as does featuring profiles of employees on the website that only shows people in their twenties. One more thing that strikes me as a workplace that is built for younger workers specifically is seeing a stress on perks such as free snacks and drinks, even lunches. Sure, those of any age have to eat, but usually by the time you reach a certain level of maturity, you've learned to plan that out for yourself. You also may have figured out that there really is no such thing as a free lunch and that you'd rather have the perk translate into higher income.

Much as social media may be to blame for aiding the employers who seek to exclude older workers, the real problem boils down to the attitudes held by those who make the hiring decision.

We welcome your comments on this topic on our social media channels, or [contact us directly] with questions about the site.
Comment  |
Email This  |
Print  |
RSS
More Insights
Webcasts
Hybrid Cloud: The Great Balancing Act
Optimizing App Performance in the Cloud
More Webcasts
White Papers
Why Add Security to Your Skill Set and How to Do It
Improving Security by Moving Beyond VPN
More White Papers
Reports
Intelligent Outcomes Are Key to Business Resilience
Assessing Cybersecurity Risk in Todays Enterprises
More Reports

CRM Trends 2021: How the Pandemic Altered Customer Behavior Forever Jessica Davis, Senior Editor, Enterprise Apps,  2/18/2021
White Papers
Why Add Security to Your Skill Set and How to Do It
Key Strategies for Managing New Risks in Cybersecurity
Are We Cyber-Resilient? The Key Question Every Organization Must Answer
Stop Malicious Bots For Good: How Better Bot Management Maximizes Your ROI
The Hidden Security Risks of APIs: How to Protect Your Brand, Business, and Data