The rise of social media has led to a drive to understand all the new data it generates. Here's a look at how sentiment analysis can be applied.

This frail reminder of its giant, dreaming self

While I, with human-hindered eyes
Unequal to the sweeping curve of life
Stand on this single print of time

Ask anyone about their favorite songs, and they are likely to tell you how the words of the most exquisite lyrics best captures a sentiment. For me, John Mellencamp captures the perspectives of citizens whose social concerns receive little attention, from farmers to blacks in rural areas.

But Mellencamp's songs were written before the dawn of social media. Today it seems everyone has voice, and we are all using them around the clock. Twitter's social influence has changed and impacted analytics by encouraging a deeper view of metrics beyond surface metrics. The commentary has lead marketers and analytics practitioners to seek deeper metrics to understand the "lyrics" of segment populations. The data is becoming essential for many advanced segment analyses.

Twitter has become the turn-to platform to get a message to the world. Its influence is everywhere. Twitter has had an influence on elections and voter sentiment. Today newscasters treat tweets as quotable statements from entertainment celebrities, pro athletes, politicians, and other prominent figures. 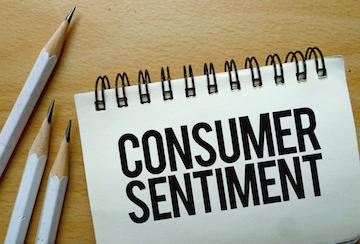 Twitter's influence highlights the complexity that comes with sentiment in ways not unlike the lyrics of a good song. Subcultures abound, bringing their interpretations of social issues, which in turn can impact how a brand is interpreted online. "Black Twitter," for example, has become a force for addressing media treatment of the black community and deeper societal issues such as police brutality. It responded when Whole Foods and Five Guys chose to provide free food for National Guard soldiers instead of for thousands of high-need students who were released from public schools closed in response to violent protests following Freddie Gray's death. The school closings meant that these students lost access to these lunches. Churches and community centers had to fill the shortfall.

So what does all this sentiment attention mean for analytics? It means marketers must discern how to explore metrics to be effective. Reach is helpful for monitoring initial activity, but more advanced tools are necessary to correlate those metrics to business processes that respond to customer perceptions, customer needs, and business processes that support objectives.

The medium for the marketing messages we receive has evolved from activity (impressions, clicks) on purely singular platforms to a conditional series of activities making impressions across a number of platforms. Imagine the difference between an ad shown on smartphone on the go and a tablets while at home and you get the gist.

The results of exposure are somewhat unintentional. Google, in its recent Marketing Next conference, noted how it has adjusted attribution measurement to better match multichannel exposure. The result of that adjustment is a specialized tool, called, reasonably enough, Google Attribution.

But marketers are seeking to be less reliant on only one social media platform, seeing how fraught being over-reliant on one platform can be. Consider the financial viability of Twitter as a business, for example. At times the company's performance has been heavily scrutinized. Reports of plateauing traffic and revenues looks troubling compared to the rapid ascent of Pinterest, Periscope, and Instagram, not to mention the continual rise of Facebook. Only Google Plus looks more moribund.

Solutions that provide deeper data analysis have been arriving, thanks in part to programming language protocols called libraries.

Libraries are lists of programming language functions that automatically complete a specific task or a series of tasks, allowing analysts to focus on interpretation. Developers with backgrounds in JavaScript (frameworks), Ruby-on-Rails (gems), or other object-oriented languages have encountered these concepts. Data visualization tools specifically benefit, especially in machine learning modeling.

Libraries address the fourth question I posed in a series of questions on AI and analytics -- are there any gaps in information in the story being told?

Libraries fill information gaps by effectively providing the means for solutions to share data. Doing so helps to build a comprehensive visualization from which analysts can draw useful conclusions from data explorations. Many of the best solutions, from libraries for R programming to SAS Visual Analytics, support protocols that ease data blending and overall data exploration.

Analysts from of all walks of life must ensure that solutions provide the right libraries or integrations to gain the right sentiment interpretations from an online audience or from any other data exploration.