IT job numbers grew in July, but not as fast as they did during the rest of 2016. Yet big data and cloud trends will continue to drive job growth going forward, according to CompTIA researchers.

If you've got a career in IT, 2016 has most likely been a stable year for you. That's because the IT sector has been adding jobs all year long, even in a presidential election year full of uncertainty.

A new report from CompTIA that analyzes some of this job growth attributes the trend to growing tech areas such as big data and cloud computing.

What do the numbers say? 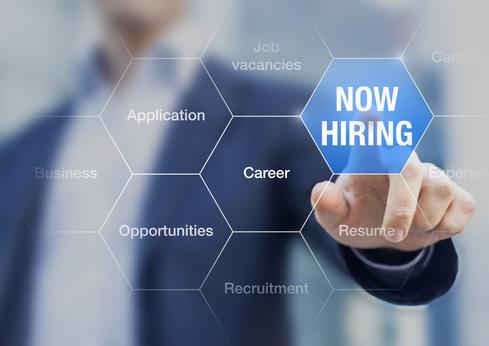 CompTIA provided analysis on data from the new Bureau of Labor Statistics July report, which covers all job categories, not just IT.

"In light of the employment gains nationally, the modest increase in IT sector employment could be viewed with a degree of disappointment," said Tim Herbert, senior vice president, research and market intelligence, CompTIA, in a prepared statement.

Disappointing maybe. Keep in mind July is in the middle of the summer. But there are plenty of indicators that say IT employment will continue to grow, according to Herbert.

"Monthly data aside, the over-arching trend for the IT sector remains favorable," he said. "As tech companies shift into new categories such as cloud, big data, artificial intelligence and the Internet of Things, they will seek a range of new skills."

"Services categories continue to outperform tech segments as the 'everything-as-a-service' trend expands its presence with customers of all sizes," he said.

For July, the Bureau of Labor Statistics report showed job gains in computer systems design and IT software and services, which were up 8,200, and in other information services, including search portals, up 1,500.

The CompTIA report also included data from a Burning Glass Labor Insights report that looks at IT occupation job postings. Looking at the previous 12 months, job postings experienced a notable dip in January 2015 and then again in December of 2015.

July 2016 marked the low point in IT job postings since January 2015, according to the CompTIA IT Employment Tracker report.

Of course, some job titles are always in higher demand than others. The report also provided a snapshot of what titles were currently the Top 5 among IT job postings.

Another trade organization, TechServe Alliance, a national trade association for IT and engineering staffing and solutions, also reported modest IT job growth recently. The organization reported that jobs in June grew 3.7% year-over-year but just 0.04% sequentially over the previous month of May.

"Despite the deceleration, the growth rate for IT employment on a year-over-year basis continues to outpace the overall workforce," said Mark Roberts, CEO of TechServe Alliance, in a statement issued last month.

"On the engineering side, employment has been essentially flat the last two months. In IT and even engineering, it is important to remember that all skill sets are not equal. There remains an acute shortage of talent in many high demand skill sets."

Jessica Davis is a Senior Editor at InformationWeek. She covers enterprise IT leadership, careers, artificial intelligence, data and analytics, and enterprise software. She has spent a career covering the intersection of business and technology. Follow her on twitter: ... View Full Bio
We welcome your comments on this topic on our social media channels, or [contact us directly] with questions about the site.
Comment  |
Email This  |
Print  |
RSS
More Insights
Webcasts
Making XDR Work in Your Enterprise - May 12
Multi-Cloud Data Management for Modern Applications
More Webcasts
White Papers
Protection Strategies for a Cyber-Resilient Organization
Top 5 Tips for Enterprises Choosing a Firewall
More White Papers
Reports
Are We Cyber-Resilient? The Key Question Every Organization Must Answer
Enabling Enterprise Resiliency Through Cyberthreat Detection
More Reports