SEARCH
A minimum of 3 characters are required to be typed in the search bar in order to perform a search.
Announcements
Alert
Got some free time? Grow your knowledge from the comfort of your computer for FREE!
Alert
Are you looking to stay on top of IT trends? Check out our FREE webinars and virtual events!
Alert
Planning for 2023? Be sure to check out our upcoming in-person events!
Report
How does your salary stack up? 2022 IT Salary Survey Results Revealed
PreviousNext
Big Data
4 MIN READ
News

The future of education is personalization. But how is that going to happen?

Yes, data, the "plastics" for today's graduates (apologies to Mike Nichols), has a big future in education. Take Colorado, where the state's Department of Education is four years into its Relevant Information to Strengthen Education (RISE) program.

That program is bringing together more personalized data about its 860,000 students, 2,000 schools and 178 districts. It was recently featured at an MIT Data Quality symposium as a case study by Informatica, which Colorado is using for functions like the extract, transfer and load (ETL) portion of a significant data project that is built on an Oracle database and uses Cognos reporting tools.

"RISE is our information backbone for all of our education reform initiatives," said Domagala. Developing it was spurred by a federal grant in 2009.

Since then, Domagala's group has developed a model looking at percentile growth of performance, drawing from historic state assessment and other data. It's also launched Schoolview, a Web portal that shows state, district and school performance, and through password-protected access, individual performance. It wants to see if it can compare specific classes to one another, assess individual schools on their performance growth, and possibly also districts. Colorado public school districts range from between 30 and nearly 80,000 students, and "you can imagine the technology differences between those types of districts," Domagala said. The median district in the state has 800 kids. 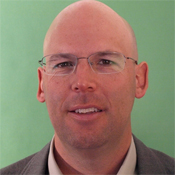 Ideally, policy makers would be able to tell if specific programs, say, for reading intervention, have an impact on student performance.

"Information doesn't tell the whole story, but we've been able to get a glimpse on what's working or not working," Domagala said. "We probably have a ways to go to where we can definitively say here are things that are proven to work and here are things the data is not supporting."

The state wants to help show students and educators the difference between their performance and where they need to be if they want to be college or career ready. It also would like to use performance data to develop an "early warning system." For instance, if it finds that when middle school students struggle in math, it ultimately affects their ability to get into college, it could develop ways to intervene and boost those students' long-term performance.

Such intervention is still a concept, Domagala said. He thinks the state has the data it needs to do such a project, but it needs to develop the analytical framework to do so.

He said the most progress has been made with remediation rates, using performance data to help schools understand when students are ready to move on from a subject and when they need help.

Its data analysis has also helped reframe how Colorado looks at overall school performance. Instead of just being measured on absolute performance, schools now are also measured by performance growth rates. "That's changed the conversation, leveled the playing field a little bit for schools and districts that have struggled," said Domagala.

Colorado has expanding data gathering to include pre-kindergarten and post-secondary students. The "PK-20" program is part of a longitudinal database that will include data from five agencies, among them including human services, labor and corrections. Ultimately, Colorado hopes to understand how specific education initiatives contribute to life success.

That's going to take time, Domagala said. "There's so much we'd like to do, but within a government environment it's incredibly hard to find the talent we need to make the quantum leaps in information."