Facebook is open sourcing the hardware design for the servers it uses to train artificial intelligence software.

Facebook announced Thursday that it will open source its latest artificial intelligence (AI) server designs. The move continues a course the company began in 2011 when it launched the Open Compute Project to let companies share designs for new hardware.

The server, codenamed Big Sur, is designed specifically to train the newest class of AI algorithms, called deep learning, which mimic the neural pathways found in the human brain.

Google uses this kind of AI technique to recognize spoken words, translate from one language to another, improve Internet search results, and other tasks.

Not coincidentally, last month Google released its machine learning library TensorFlow under the open source Apache 2.0 license. According to the TensorFlow website, it is an "open source software library for numerical computation using data flow graphs. Nodes in the graph represent mathematical operations, while the graph edges represent the multidimensional data arrays (tensors) communicated between them. The flexible architecture allows you to deploy computation to one or more CPUs or GPUs (Graphical Processing Units) in a desktop, server, or mobile device with a single API." 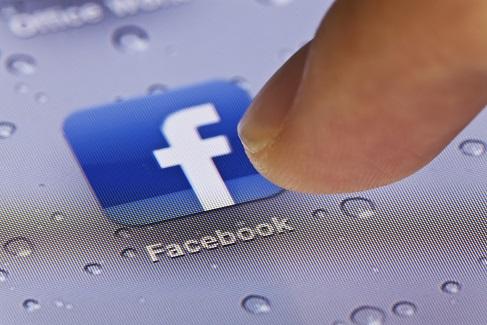 Here is where the Facebook AI servers come into play. Google didn't release the hardware that TensorFlow runs on, and without that hardware, the software engine is heavily impeded in what it can do. But Facebook's move to open source its AI servers solves that.

Big Sur, which Facebook is contributing to the Open Compute Project, includes eight GPU boards, each consisting of many chips but yet consuming only about 300 Watts of power. It is Open Rack-compatible hardware.

It was built with the Nvidia Tesla M40 in mind, but is qualified to support a wide range of PCI-e cards, according to Facebook.

GPUs were originally designed to render images for games and other intensely graphical applications, but have proven adept at deep learning.

Traditional CPUs are also present in these sorts of machines, but it has been found that neural networks are far more efficient when they shift much of the computation load onto GPUs. In fact, GPUs in general can give much more computational throughput per dollar spent than traditional CPUs will provide.

According to a blog post by Facebook engineers Kevin Lee and Serkan Piantino, Big Sur is twice as fast as the systems that Facebook previously used for training AI software.

[Read Machine Learning: How Algorithms Get You Clicking.]

Facebook previously used off-the-shelf components in its self-designed machines. In Big Sur's case, it partnered with Taiwanese manufacturer Quanta Computer, as well as leveraged Nvidia's Tesla Accelerated Computing Platform. This arrangement cuts out any middlemen in the server's design and manufacture.

As Lee and Piantino wrote in their blog, "We want to make it a lot easier for AI researchers to share techniques and technologies. As with all hardware systems that are released into the open, it's our hope that others will be able to work with us to improve it. We believe that this open collaboration helps foster innovation for future designs, putting us all one step closer to building complex AI systems that bring this kind of innovation to our users and, ultimately, help us build a more open and connected world."

Larry Loeb has written for many of the last century's major "dead tree" computer magazines, having been, among other things, a consulting editor for BYTE magazine and senior editor for the launch of WebWeek. He has written a book on the Secure Electronic Transaction Internet ... View Full Bio
We welcome your comments on this topic on our social media channels, or [contact us directly] with questions about the site.
Comment  |
Email This  |
Print  |
RSS
More Insights
Webcasts
4 Practical Tips for Building a Data Lake
The Experts Guide to Ransomware Response
More Webcasts
White Papers
Guide to Enabling 5G Deployments
Ransomware Security Breach Summary: Food Production
More White Papers
Reports
Future Proofing Your Network for 5G
[Tech Insights] SASE's Pandemic Boost Likely to Stick
More Reports

Gee, it seems cheaper to make a human than a machine that will outdo a human.

Easy to make,sure, but the maintenance is ongoing and a bear.
Reply  |  Post Message  |  Messages List  |  Start a Board

Working in favor of what? Humans program the AIs, and the ways they do it revise all the time.

It's no going to be a machine that self-improves that is the probem. It will be something that man creates.
Reply  |  Post Message  |  Messages List  |  Start a Board

The OpenAI initiative announced at the end of last week may also be involved here.

Perhaps the future will be corporate AIs vs. Copen AIs
Reply  |  Post Message  |  Messages List  |  Start a Board
InformationWeek Is Getting an Upgrade!